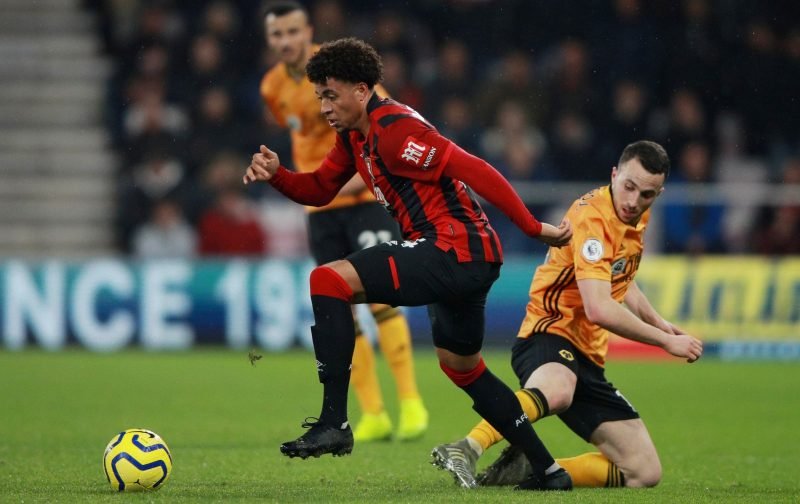 To have a successful run during this time of the year a fit squad is pivotal.

However, AFC Bournemouth have suffered a long and lengthy injury crisis during the 2019/20 Premier League campaign.

Many players had been sidelined towards the end of last season and their injuries ran over into the new season.

But since this season began the Cherries luck has not changed.

The list now is up into double figures and the time sidelined isn’t short either.

The 22-year-old joined from Club Brugge for an undisclosed fee, widely reported to be £13.7million.

He has impressed the Dean Court faithful in a stop-start career with the Cherries thus far, seemingly suffering from injuries.

During the summer he suffered a stress fracture in his foot and now he has suffered the same injury in his other foot.

Due to the nature of the injury, AFC Bournemouth have already sent him to see a specialist and Danjuma is currently in Doha, where David Brooks and Adam Smith have also recently been sent due to their respected injuries.

“(Danjuma) is in Aspetar getting treatment, which is probably a good thing for him.

“A change of environment, getting brilliant treatment out there and being seen on a one-on-one level with our physiotherapists and their top-quality surgeons.

“He is getting the best treatment and we hope he will be back sooner rather than later.

“It will be a period of time with him. I don’t think there’s going to be a quick-fix for him, unfortunately.

“They are very difficult injuries to manage it’s all going to be about taking slow steps.”

The one table where AFC Bournemouth are top of the Premier League is the current injuries.

Now Danjuma and Harry Wilson are out – no sooner do we get one back (Joshua King) than two more go down.

Are there others? The cumulative total for the season – long term injuries – must be a record for the Premier League.

The only first-choice players I can think of who’ve avoided long-term injury are Aaron Ramsdale, Jefferson Lerma and Philip Billing.

Once again the training regime surely needs to be re-assessed. When elite athletes are involved, minor problems with training technique or “over-training” affecting joints, ligaments, and key muscles such as the hamstring, can be damaging. Why at AFC Bournemouth, why not Liverpool, Manchester City or others where many more games are played in European competitions?

We’ve had freakish injuries such as Steve Cook’s recent break but most seem to be ankles, knees and muscle damage. Time for a change of regime? – Join the conversation, click here.