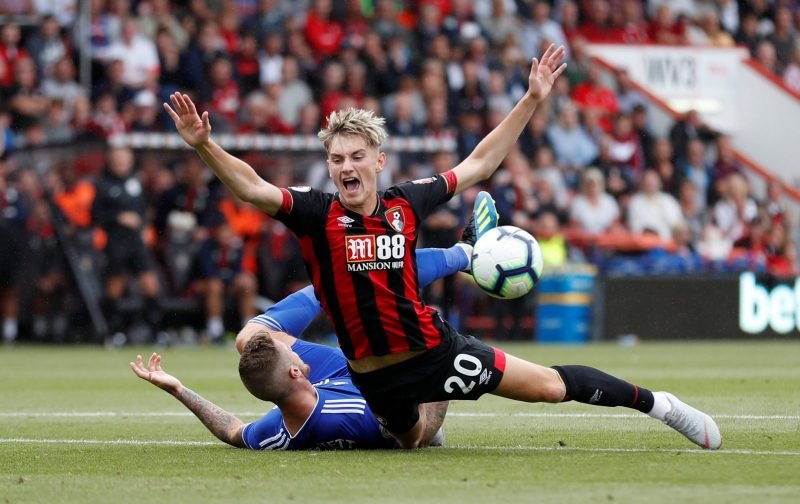 AFC Bournemouth’s injury crisis from the 2018/19 Premier League campaign was already set to have a hangover into the new season with Cherries captain Simon Francis, England international Lewis Cook, Junior Stanislas and Charlie Daniels all carrying long term injuries into the 2019/20 season.

Add Steve Cook into the mix as he is yet to feature during pre-season and the treatment room is already looking fairly full.

However, the bad news doesn’t end there as three others have now been added to the injured list, with two requiring surgery which will keep them sidelined for around three months.

The Daily Echo have reported that defender Lloyd Kelly has suffered ankle ligament damage in training, whilst midfielder David Brooks requires surgery on his ankle following an injury suffered during the victory over Brentford last weekend.

AFC Bournemouth’s official website afcb.co.uk has also confirmed that midfielder Dan Gosling will be out for three months as he has already undergone surgery on his hip.

….beggars belief how many injuries get picked up in training! It is looking like Brooks has glass ankles or something?…unlucky for Kelly as he was probably hoping to make the left-back berth his own from the off…and if it was Arter then he needs to reel it in a bit surely in practice?

…disappointing for all to be carrying so many players absent from the off…Cook, Cook, Gosling, Stanislas, Brooks, Daniels, Francis, Surman, Kelly, and god knows who else as we still have a few weeks to go yet!?