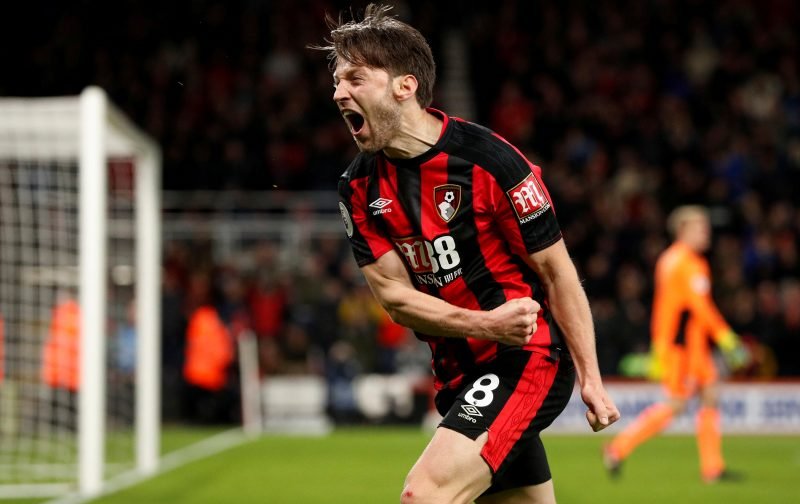 Cardiff City were relegated from the Premier League, with Arter making 25 appearances.

Thank you to everyone associated with Cardiff City, loved every minute and just disappointed we wasn’t able to stay up. Thanks for all your support throughout the year and I wish nothing but the best for the future. ????

The 29-year-old Republic of Ireland international’s future is very much in the air with him seemingly unlikely to return to AFC Bournemouth despite still having a contract at Dean Court.

Summer exit on the cards?

Arter made the move to AFC Bournemouth in 2010 from then Conference South side Woking for £4,000.

Arter has been a mainstay in the Cherries squad under Eddie Howe’s two spells at the club.

He has amassed over 250 appearances in all competitions and has played an undeniable key role in AFC Bournemouth’s rise from the third tier of English football to establishing themselves in the Premier League.

He was the heart of the Cherries midfield as AFC Bournemouth won promotion from League One in 2013 and won the Championship title in 2015.

Arter remained a key player as the Cherries made the step up into the Premier League, but during the 2017/18 season, his on the pitch life took a dip for the first time since he was sent packing for a months loan spell with Carlisle United in March 2011 by former manager Lee Bradbury.

Arter made just 13 Premier League appearances (just one in 2018), totalling 962 minutes in comparison to his 35 appearances and 2,959 minutes the season before.

He made the move to Cardiff City, where he publically stated he would like to remain if they could avoid relegation.

“I’ll sit down with Harry and have a conversation with him and see what we do. I think it’s going to be a two-way process.

“I think he’s done a really good job for Cardiff this year, so let’s wait and see.”

“I’ve got so much time and respect for Harry…”

He’s been a great player for us and there will always be that special bond between player and club for the part he played in our rise through the divisions and also the difficult off-field journey he and his family have been on.

It’s been great to follow his development from being plucked from non-league to an international player for Ireland.

As much as anything it’s his leadership qualities we’ve not yet been able to replace in midfield, (the geeing up, rallying the troops, crunching tackle to get the crowd going, etc) although with Jefferson Lerma hopefully picking up a bit more of the lingo, maybe he will be able to step into that role (he’s certainly got the crunching tackle covered!).

All the best to Harry, wherever he ends up. He’ll always be warmly welcomed back here. – Join the conversation, click here.