Bournemouth “closing in” on managerial decision 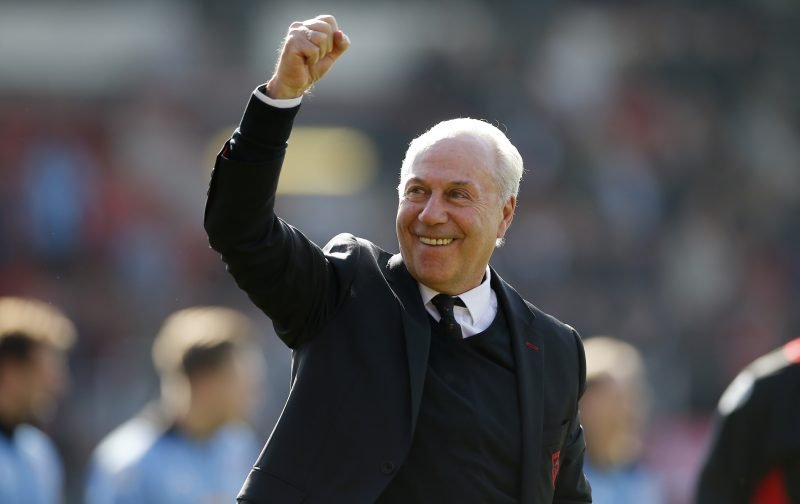 AFC Bournemouth are said to be closing in on their managerial decision, according to AFC Bournemouth chairman Jeff Mostyn, who has held his first interview with BBC Radio Solent in four years.

Speculation on who will get the job in the Dean Court hot seat for the 2021/22 Championship campaign has been limited.

The Daily Echo has reported that they believe the current shortlist includes both internal and external options. Which appears to suggest that Jonathan Woodgate, who was handed a short-term contract until the end of the season to continue as head coach, is in the running for a more permanent position on the south coast.

External candidates that Mostyn, chief executive Neill Blake, technical director Richard Hughes and AFC Bournemouth owner Maxim Demin could be considering are former Huddersfield Town manager David Wagner and former Arsenal legend Thierry Henry as they had previously topped the Cherries shortlist for an external appointment in January following the departure of Jason Tindall.
Another person reportedly under consideration, according to The Sun newspaper, is Fulham manager Scott Parker.
Parker was said to be a target in the summer of 2020 following the departure of Eddie Howe, alongside former England captain John Terry and then England women’s manager Phil Neville.
But following Fulham’s success in the Championship play-offs and subsequent promotion to the Premier League, Parker was handed a new contract at Craven Cottage.
The tabloid states…
“The Cherries plan to change manager after Woodgate’s failure to get through the Championship promotion play-offs when he took over.

“And Fulham chief Parker is top of the wanted list because of his past record at this level and amid growing talk that he wants a new challenge.

“Parker, 40, was wanted by Bournemouth when Eddie Howe left a year ago, but they could not seal a deal as the Cottagers were in the top flight.

“Now there will be a second attempt to get him and Parker may decide to move on because Fulham have gone down.

So who will be offered the role of AFC Bournemouth manager/head coach? Will that person take the job if offered?

“We are currently finalising the recruitment process for a manager and we’re in the closing stages of that.

“The manager appointment we all know, is fundamental, it’s the key appointment of the summer and it’s the first piece of a puzzle.

“Once we have the manager in place, we will build a squad around him and the aim is to put together a playing squad that’s going to be competitive and progressive in the Championship next season.”

🍒 EXCLUSIVE: @AFCBournemouth are in the “closing stages” of their manager recruitment process, chairman Jeff Mostyn has told @solentsport, in an exclusive interview. pic.twitter.com/KvnQxNptvf

Who tops the AFCB managerial shortlist?

He addresses:
• Missing out on promotion
• Max Demin’s future
• Board silence
• Criticism of club leadership

Listen in full below. #afcbhttps://t.co/uLwG9A6sWu

You’d like to think that in the process of recruitment of our new manager, the board will be asking the applicant(s) what style of football they expect to bring to the club…? Any answer other than …

“Expansive, possession-based, free-flowing, creative football, that is in keeping with what I consider ‘the Bournemouth way’… Which I believe the club has strayed from these last 6 months… I’d love to get the club’s identity back…”

… said applicant should be out the door…

Obviously, I’ve not seen every minute of Fulham’s Premier League (or Championship) games, but what I did see I quite liked… I fully take on board that what I saw may not be reflective of his time at Fulham so I’d have to bow to ‘Fulhamfaninpeace‘ for that, however, surely… surely, our board, who have been chasing Scott Parker for over 12 months now, will know if his football brand is what we require here… Surely they know this… and will have seen what he’s been up to… Surely…?!?!? – Join the conversation, click here.