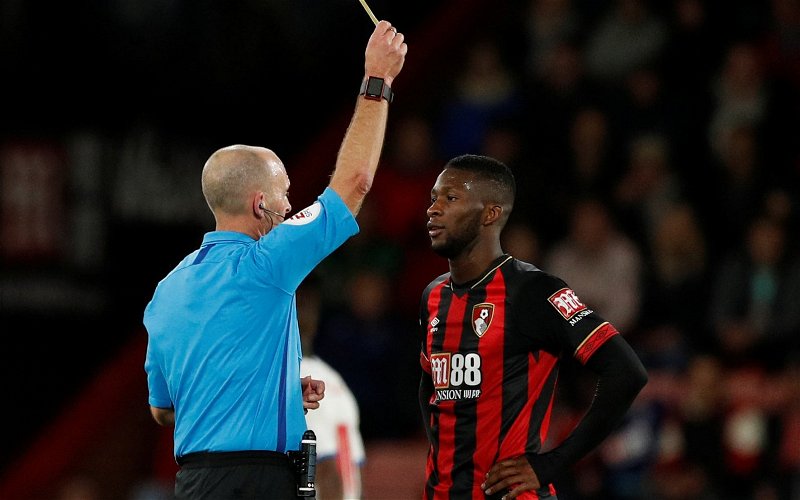 At the turn of the year, AFC Bournemouth and Colombia international Jefferson Lerma was charged by the Football Association.

The midfielder was alleged to have bitten a Sheffield Wednesday player during their Championship game in November, the charge which Lerma has denied throughout came a full seven weeks after the incident and has taken five months to come to a conclusion.

The alleged incident, which contravenes FA Rule E3,  is said to have taken place in the 83rd minute of the game at Hillsborough, with Lerma and Sheffield Wednesday’s Josh Windass in the penalty area, as the pair awaited a free-kick.

During the obtaining of evidence and statements from the players involved Lerma revealed that he wears mouthguards in both training sessions and in matches to protect the upper and lower sets of his teeth, “which makes it impossible for me to effect any kind of bite at all.”

But despite this claim, the conclusion has not been kind to Jefferson Lerma who has been served with a six-game suspension and a fine of £40,000.

A statement from the Football Association said…

“AFC Bournemouth’s Jefferson Lerma has been suspended for six matches and fined £40,000 following a breach of FA Rule E3 that occurred during an EFL Championship match against Sheffield Wednesday FC on 03/11/20.

“The midfielder denied that his behaviour in or around the 83rd minute of the match constituted violent conduct.

“An independent Regulatory Commission found the breach of FA Rule E3 proven after considering evidence during a hearing. Written reasons for the decision and sanction can be found attached.

Following the charge, AFC Bournemouth released a statement of disappointment with the ruling.

“AFC Bournemouth are surprised and disappointed at the outcome of the Football Association independent Regulatory Commission’s decision to uphold a charge against and ban Jefferson Lerma for six games and fine him £40,000…”

“…Since the start of this unnecessarily long process, Jefferson has strenuously denied the charge and has been fully supported by the club in doing so. Both the club and player have fully cooperated with the FA throughout.

“As stated in the commission’s written reasons, the video footage of the incident between the players was ‘not conclusive’. In addition, there was no photographic evidence of any bite mark and Mr Windass – who is described as an ‘unappealing witness’ who ‘gave every impression of simply not caring’ – did not seek or receive any medical attention or treatment.

“Expert evidence was also presented to the commission suggesting that Jefferson was most unlikely to have intentionally bitten Mr Windass, but this appears to have been rejected without due consideration.

“The club believes there was a lack of clear and compelling evidence in finding the charge against Jefferson proven, and the player is currently considering his options regarding an appeal.

Subsequently, Jefferson Lerma has been so disillusioned with the process that he has opted against appealing.

The whole thing stinks. If he did it then pleased he gets a ban but there needs to be evidence. Innocent until proven guilty is a fairly well-established approach. Sadly the whole governance of football has turned me off the game now including VAR.

Quite what Windass’ father thinks of it given what he dished out every week?

As for Lerma may have a long summer in Copa America so likely to miss the start of the season. He may not even be with us? – Join the conversation, click here.