Is Tindall the right appointment for Bournemouth?

It has been less than a week since AFC Bournemouth announced the departure of legendary manager Eddie Howe.

The man that has been at the helm through the most successful period of AFC Bournemouth’s history, avoiding relegation out of the football league despite a 17 point penalty, promotion the following season despite a transfer embargo, returning for a second spell to turn relegation candidates into a promotion-winning outfit in six months, to then go on and win the Championship and lead the club through five seasons in the Premier League. The highs and highs under Eddie Howe will never be matched.

One man stood alongside Eddie Howe throughout all of those successes, he too, “went to Burnley, but then he came back” and that man, was Eddie Howe’s assistant Jason Tindall.

Former England captain John Terry and England women’s manager Phil Neville have both been linked with the vacant managerial role at Dean Court, but to a certain extent, it has always felt like a role that was set to be handed to Jason Tindall and the media now believe that will happen later today.

Is Tindall the right choice for manager? 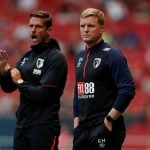 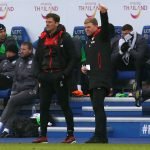 Tom Barclay from national tabloid The Sun, has been very clear that he believed it was Tindall’s job if he wanted it and he believes former AFC Bournemouth utilityman Stephen Purches will step up from his first-team coaching role to become assistant manager.

Re Bournemouth, as many have said, it is looking most likely Jason Tindall will succeed Eddie Howe. First-team coach Stephen Purches would likely become his assistant

I know some will see Jason Tindall as non-sexy appointment but it will minimise the upheaval from Howe's departure. Also he has been part of a double act that has had one bad season in eight. Think the majority of #AFCB fans will get behind him.

Kris Temple, however, isn’t certain that the backroom appointments have yet been settled, but the appointment of Tindall won’t wait.

🍒 #AFCB update: I understand that – as I write this – Jason Tindall’s contract has NOT yet been finalised, but he will be the new manager. Announcement likely today. Backroom staff due to be appointed later in the week.

His credentials as Eddie Howe’s assistant can never be questioned, but stepping out from behind Eddie Howe’s shadow will be a great one. The manager to follow Eddie Howe is not the easiest one to fulfil, just ask Lee Bradbury who was tasked with doing the very same thing after Howe’s first spell came to an end. He led the club to the League One play-offs, a feat not managed in a generation, a sniff of the second-tier football…only to be sacked less than a year later.

There’s so much that Tindall can copy, learn and implement from his time with Howe. The continuity will also be a huge positive to a side that has been built around Howe’s philosophy. If Tindall goes into his first managerial role since being in charge of non-league Weymouth, with the idea that he can just maintain all of the good things that Howe did, then that could breed an element of success in the Championship. He does inherit a young squad full of unlocked potential.

However, Howe’s era may well have had a decade of success swiftly followed by more success, but the past year ultimately saw the club relegated from the Premier League.

Various factors came into play to witness the demise of the Premier League era at Dean Court, notably injuries during the first half the season, some dodgy referring decisions, compounded with some outrageous decisions from VAR, put the Cherries in an almost unexpected position.

AFC Bournemouth were also a squad in transition, the old guard, players who had been through the rise of the Cherries were moving on, the average age of the squad brought down to develop the next generation with lots of new signings of a young age. AFC Bournemouth often fielded one of the youngest squads in the division during 2019/20 and those players struggled to show their professional pride at times, there was a lack of stomach for the fight, motivation was poor, leadership on the pitch was missing and performances and results spiralled during the Christmas period and again following the suspension of the league due to the global Coronavirus pandemic.

This is now a football club that has been hit with two heavy blows, relegation from the Premier League and then the even harder blow of losing Eddie Howe.

Can Tindall be the man to stop the slide, re-motivate and re-energise the squad that he has had more than a helping hand in building?

It looks like the Dean Court faithful are about to find out.

I am close not caring tbh now… The double whammy of being relegated and losing Eddie was more than most fans cared to take in in the space of 1 week, but we are now 2 weeks beyond the end of the season and still have no real direction other than a letter of commitment from the owner, which, the longer this scenario plays out the less inclined I am in believing in his sentiment and commitment.

We need a decision asap, whoever that is… We need some transfer targets and we need some time for the new man (let’s be honest, it’s going to be Tindall) to get his head around where this club is going.

In amongst a sea of messages against the appointment of JT, a man whose nous with the media is probably helping form more opinions than his actual coaching ability, I’d like to inject a bit of optimism ahead of a potential appointment of him…

Whilst Eddie heralded a new direction, I think he meant “new ideas”. Him and JT fell out frequently due to arguments about how certain things are done and the tactics that were deployed. Was Eddie right this season? Our league position suggests he possibly wasn’t. JT will hopefully be taking the best parts of Eddie’s philosophies and will be tweaking the system to his own style.

Continuity in squad harmony is key. An external manager will bring in new ideas, new staff, and will have less than a month to get things sorted – this will be awful for squad harmony – they’ll be potentially re-learning a way of playing. Maybe JT will help us to tread water only, we don’t know… however someone else could genuinely upset the applecart.

JT is a hands-on manager, banters with the players, has arguably closer relationships with them than Eddie. That’s visible from the videos on AFCBTV. Eddie always has a professional divide – JT seems to have more laughs and jokes with the players, and still commands a lot of respect – the work he has done is under-estimated. He has the relevant coaching badges and is well equipped to take this position – it’s his media persona that is nowhere near ready, but that doesn’t win games, so who cares?

There are players like Ramsdale, Kelly, Stacey – all of whom have bought into Eddie and JT’s philosophy – a change could genuinely change their feel for the club – these are talented players who we simply cannot afford to let go.

To sum up, I think that if this was any other season and we finished in May, this would allow the time needed to get someone external in and bring in the wholesale changes. I always get the feeling that, whilst JT looks likely, it might be labelled a permanent job, but ultimately it will be interim, but it probably represents the best chance of us maintaining our Championship status, and yes, possibly even challenging…

I think if it turns out to be a season where we don’t play half decent stuff, then we may well get rumbles of things going on behind the scenes throughout the season that could point to a total refresh next season. – Join the conversation, click here.