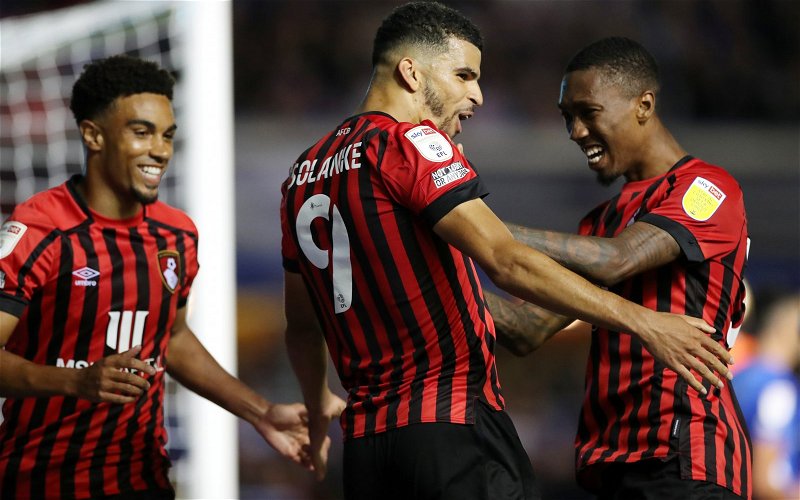 AFC Bournemouth travelled to London to take on Queens Park Rangers on Monday night, a fixture that had been moved from Boxing Day to accommodate the Sky Sports cameras.

AFC Bournemouth head coach Scott Parker suffered an in part self-inflicted double blow to his defence, with Cherries captain Steve Cook left out due to a potential January transfer window move away from Dean Court and Lloyd Kelly testing positive for COVID-19.

This saw Chris Mepham move into a centre back role with Gary Cahill, initially on the right before the pairing switched during the game.

Jack Stacey and Jordan Zemura continued in the full-back positions.

In attack and Dominic Solanke was supported in the wide positions by Ryan Christie and Junior Stanislas.

“I’m very proud of my team. The game we saw today is the Championship. You need to come with a certain ingredient and have something about you. I thought my team to a man had every bit of that, we played very well and had some very big chances.

“It was a lovely header from Dom, and fair play to him because he missed a big chance before that which he should put away. But he got enough on it to put it in the net. It was very pleasing.” 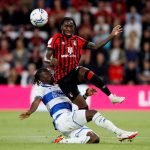 It really was. Thank you so much for showing your support 💙🤍

That was a very good performance, with our defence hardly putting a foot wrong, restricting QPR to 8 shots with 2 on target.

In response, AFCB had 15 shots with 6 on target.

QPR started on the front foot looking lively early on but as the game went on our side came more and more into the game and a header Dominic Solanke would normally put away after a good build-up went over the bar.

But he made up for it just before half-time after a great cross from Junior Stanislas with a perfect header into the far corner of the net.

Our team needed that win and went back to the top of the league again and 1 point above Fulham who have a game in hand.

Kelly tested positive for COVID but could be back for Cardiff City. – Join the conversation, click here.

"We've been on a bad run, so I asked my team to bring something today."

They certainly did, boss 👏

He discussed his impact in yesterday's win and how it felt to be back out there.

All about the win and the team delivered backed by a vocal away support. Should have been a bigger margin but, if you don’t convert the chances, then expect to come under big pressure. Marvellous block by Jefferson Lerma at the end!

I don’t like playing QPR – fans squeal for any challenge while a couple of their players are gob shites. Their fault the ruck happened at the end.

We heard you loud and clear 👏👏 pic.twitter.com/gb5VGkpntB

Good win against a very decent side… was a period of time just after the ghost of 2008 (Adomah) came on when I was concerned they were going to get something, but we managed the game well.

The ref will be getting pelters from QPR fans, but it was a free kick in the lead up to the goal (a booking was harsh) and the two penalty shouts were correctly turned down.

Their manager was having a moan about the red card, but Dozzell only went and put his hands around our player’s throat in that melee when he was already on a (deserved) booking… idiot. He can have no complaints. – Join the conversation, click here.

Still not at our best and need to be more clinical but a big big win! Top of the league! Let’s go🍒