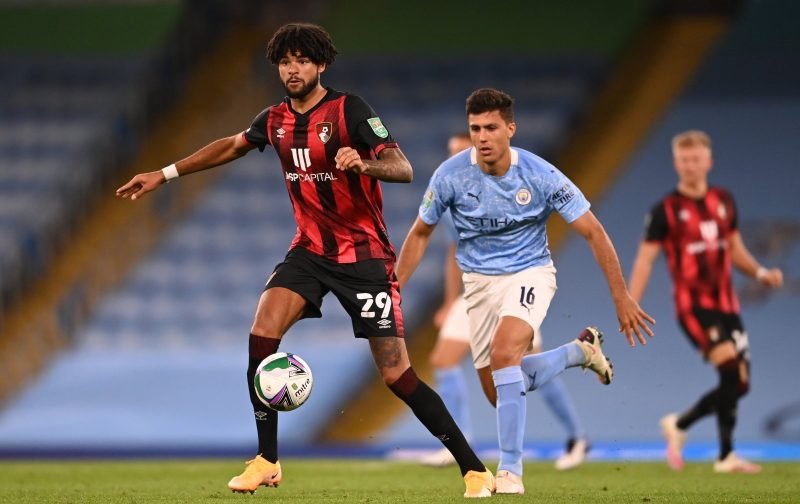 AFC Bournemouth could be about to brace themselves for some unwanted transfer interest in Denmark international midfielder Philip Billing.

The 24-year-old who has been relegated from the Premier League on two occasions, once with Huddersfield Town and once with the Cherries is a reported target for Norwich City.

The link comes via British tabloid newspaper The Mirror who claim…

Philip Billing has emerged as a Norwich target as boss Daniel Farke prepares to reinvest funds from the sale of Emi Buendia into his squad.

Farke is a big fan of the powerful Bournemouth midfielder who, he believes, will add quality and presence to his newly promoted side.

The Denmark international is likely to leave the Cherries this summer after they failed to win promotion back to the Premier League.

The report goes on to add that Billing “is valued at around £15million”, that figure to many Cherries supporters would sound on the low side considering it was less than two years ago that he made the move to the south coast for a similar fee and would still have time remaining on his current contract.

Between February and April 2021, Billing enjoyed somewhat of a purple patch in a more advanced number 10 role, scoring 7 goals (adding to his 1 goal from December) and claiming 4 assists. This spell coincided with the Cherries run of seven consecutive victories, however, both his and the team’s form tailed off towards the end of the season, which ultimately ended with defeat to Brentford in the Championship play-offs.

He’s had a good half, well more like a third, actually, season in the Championship and eventually played his part in keeping us in the play-offs. Other than that he was Championship average at best and below average too often. The problem isn’t his ability, it’s his attitude. 4 managers have failed to get the best out of him for long and when he’s unhappy it seems like the whole squads are unhappy. – Join the conversation, click here.