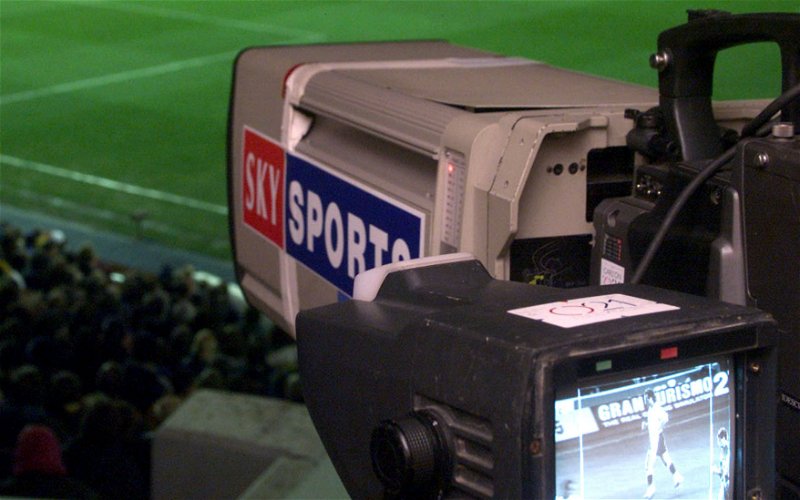 AFC Bournemouth have been selected by Sky Sports for full television coverage for their games against Nottingham Forest and Swansea City.

As yet, there is no news on what date, the Cherries will host Boreham Wood in the fourth round of the FA Cup (or whether that has been selected for television coverage by ITV or BBC), which will take place between the 4th and 7th February, or a date for the away trip to West Bromwich Albion in the Championship, which had been scheduled for FA Cup fourth round weekend.

AFC Bournemouth’s next television appearance will be on Saturday, as Scott Parker’s side travel to Luton Town for Sky Sports’ lunch time offering, with a 12.30pm kick-off.

Following that AFC Bournemouth host Birmingham City in the Championship on Wednesday 9th February with a 7.45 pm kick-off, this game could be on Sky Sports red button but is yet to be confirmed.

Coverage on Sky Sports Football’s red button service (and app) usually includes one static camera with one commentator. There are normally no replays of the action or multiple camera angles as these are available via EFL Clubs streaming services.

Full Sky Sports coverage will be given to the Cherries home game against Nottingham Forest, with the game moved to Friday 18th February at 7.45 pm.

AFC Bournemouth’s following game away to Swansea City on Tuesday 22nd February (7.45pm), will also be on Sky Sports.

AFC Bournemouth have made a few appearances on Sky Sports during the 2021/22 Championship campaign, starting with the opening match of the season against West Bromwich Albion at Dean Court and then again for the visit of Queens Park Rangers to the south coast. Three away games then followed with the trips to Stoke City, Peterborough United (red button) and Reading all shown on television.

The home fixture against Preston North End was also shown on the red button, before five more away trips were shown on Sky, Derby County, Millwall (red button), Fulham, Middlesbrough and Queens Park Rangers and another red button showing at home to Cardiff City round off 2021.

Going into 2022 and the Cherries remained popular with the television selectors, with AFC Bournemouth’s trip to Yeovil Town for their FA Cup third-round shown on BBC iPlayer.

I don’t think there are any free weekends left so I assume West Brom will go to a Tuesday or Wednesday. The last weekend in March is free but must be for an England friendly so no Prem or EFL games

We must be favourite’s to beat Boreham Wood and the 5th round would be Weds 2nd March – Join the conversation, click here.