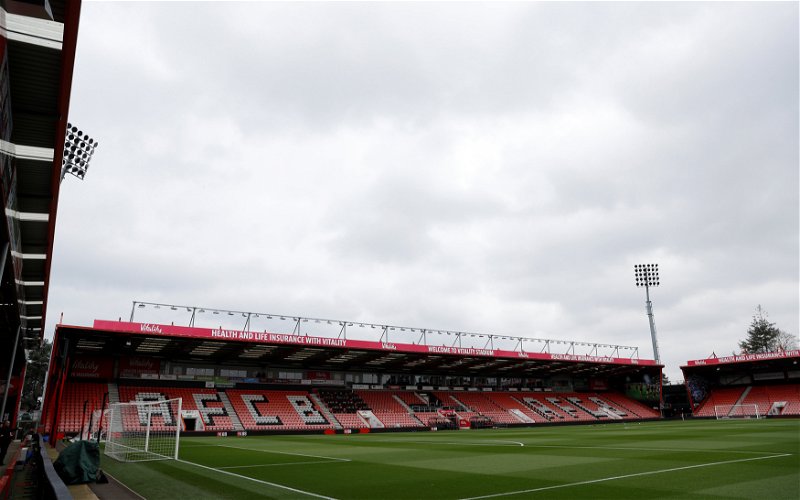 AFC Bournemouth have signed Manchester United right full-back Ethan Laird on loan until the end of the season. The 20-year-old, who has represented England at Under-19’s level, had previously been on loan at Championship rivals Swansea City this season.

Manchester United recalled Laird from his loan last week ahead of the switch to the south coast. Dorset Live and The Athletic have reported that the Cherries secured the deal as they “offered to pay an increased loan fee and a higher percentage of Laird’s overall wages”.

Despite his young age, Laird makes the move to Dean Court with plenty of football league experience already under his belt. Last season he made 24 League One appearances for the side from stadium:MK and this season he had already made 20 Championship appearances for Swansea City.

From those 44 appearances, he had earned 6 assists, playing at both right-back and right wing-back.

“Ethan is an exciting prospect and we are very pleased to have brought him on board. His style of play fits perfectly with ours and I’m confident he can help us build on what has been an excellent first half of the season.

“He has impressed during his two previous loan spells and is very well thought of at Manchester United, so we couldn’t be happier to have secured his services.”

Look at that smile 🤩 pic.twitter.com/YdMiyNwGrY

“Obviously Adam (Smith) will be out for a little bit of time, we won’t be seeing Adam for the foreseeable future.

“Jack Stacey has done incredibly well but, as always, it’s a long season with a lot of games so we are going to need cover.

“Ethan in particular will bring big quality as well and I think we have seen that in his half a season in this division at Swansea.

“He is someone who stood out to me over the course of a lot of games and thankfully, Man United have moved him over to us in terms of to take the next step for him.

“I am pleased that we have the quality of him to add to the squad and see out the rest of the season.”

Jordan Zemura and Ethan Laird as full-backs would be exciting, but seems to me we’d definitely need the work rate of say Ryan Christie, Jefferson Lerma and Jaidon Anthony to cover the flying full backs!

Isn’t that exactly the point? Essentially you have real fluidity attacking down each flank with the wide attackers and full-backs free to interchange, and with Lerma and Lewis Cook stepping across as cover. – Join the conversation, click here.