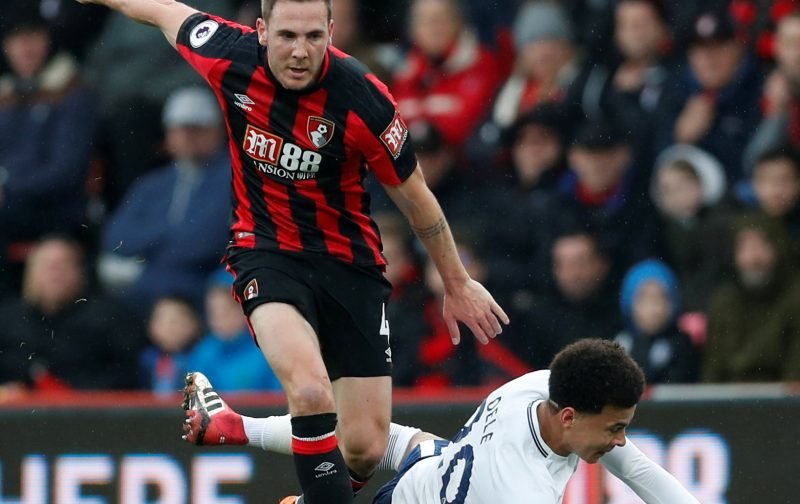 AFC Bournemouth had initially taken the lead through Joshua King around the half-hour mark.

The Cherries leading Premier League goalscorer, stepped up to take a penalty after he himself had been brought down on the edge of the box.

AFC Bournemouth should have had a second penalty when Charlie Daniels was blatantly pushed over inside the box, but this was ignored by the referee.

The scoreline remained at 0-1 until the 7th minute of stoppage time when Riyad Mahrez scored a free kick from distance to share the points.

The fourth official had initially indicated there would only be four minutes of stoppage time, but subsequent delays saw the time creep forward to the 97th minute.

“When you come away from home you would always be happy with a point on the road, But when you concede in the last seconds like that, it`s a killer.

“Any point away should be a good point but in these circumstances right now, it`s very tough to take…’

‘…The first half performance was great, the second half we had a few counter-attack opportunities which we should have done better on, and ultimately that`s probably why we weren`t able to hold on for the win.”

Gutted. We didn`t really deserve anything from that game but I thought it was going to be payback for the DC injustice. Thought our passing and decision making was poor, especially in and around their box but some admirable last-ditch defending. A good job they were so weak really. – Join the conversation here.