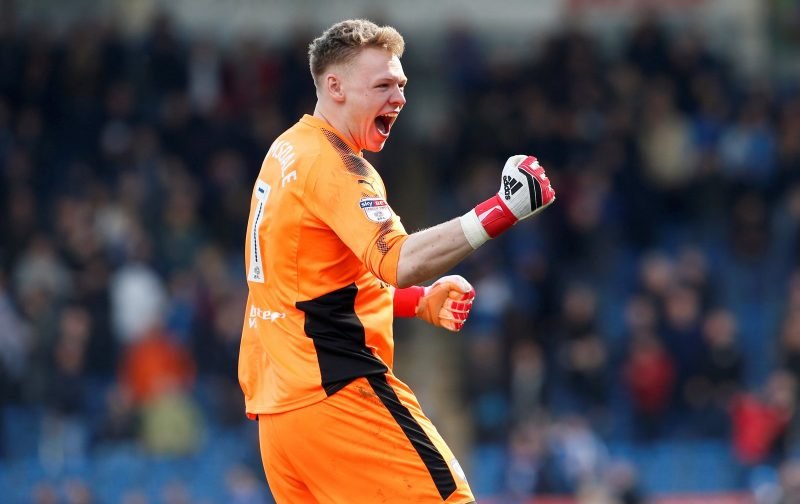 During the January transfer window in 2017, AFC Bournemouth made the under the radar signing of then 18-year-old Aaron Ramsdale from Sheffield United.

Despite just two appearances for Sheffield United, both coming in that season’s FA Cup against Leyton Orient and Bolton, Ramsdale was a reported target for both AFC Bournemouth and Everton, with the Cherries winning the chase for the England Under-19’s goalkeeper paying a fee of £800,000.

Ramsdale signed a four and a half year deal at AFC Bournemouth, with an assumed long-term goal of becoming the Cherries first-choice shot-stopper.

Later that summer Ramsdale was part of England’s success in the UEFA Under 19’s European Championship, with England winning the tournament.

In 2018 a loan move to Chesterfield saw Ramsdale pick up his first regular Football League experience with 19 appearances in League Two.

During the January transfer window 2019, Ramsdale made his second loan move of his AFC Bournemouth career, this time to League One outfit AFC Wimbledon.

Ramsdale made 23 appearances in all competitions, he played a part in AFC Wimbledon’s FA Cup which saw them become giant killers with a 4-2 victory over West Ham United.

If that wasn’t enough for Ramsdale to become an instant hero, his performances in enabling AFC Wimbledon to avoid relegation would do.

The 2019/20 Premier League campaign, however, would appear to be at least one season too soon for Ramsdale on the south coast.

The Cherries still have veteran goalkeepers Artur Boruc and Asmir Begovic in the squad, alongside 20-year-old Mark Travers.

Another loan for Ramsdale would appear to be on the cards, with another step up this season to the Championship making sense.

Both Huddersfield Town and Millwall have been linked with a temporary move this summer.

MILLWALL. In race for keeper Ramsdale at BOURNEMOUTH. Loan. HUDDERSFIELD want him too. Several do.

Journalist Alan Nixon posted in mid-May of Millwall and Huddersfield’s interest and the Lancashire Post reported that the pair were still interested several weeks ago.

Neil Harris is keen to add the keeper, who won young player of the season during a spell with #afcw last term, to provide competition for fellow newcomer Frank Fielding

In the media, a move has been quiet, but on Twitter speculation has been gathering momentum again.

If Ramsdale was to make the move to Millwall he would be the second player this summer to leave Dean Court for Millwall. Midfielder Connor Mahoney has already made the permanent move to the Den for a fee reportedly in-excess of £1million.

I would rank Ramsdale ahead of Travers at this point if that’s what you mean. For that reason, and having emergency recalls for keepers, then I reckon it’s far more important for Ramsdale to be getting minutes at this stage in his career, especially if he’s going to be number one next year

Of course in an ideal world, they both go out and develop, and Begovic picks his toys up, apologises to the boss, and realises he’s behind Artur Boruc, or buggers off to Stoke as a makeweight in a Butland deal.

Ooooh a Ramsdale / Mahoney reunion
Ramsdale made a name for himself in League One with AFC Wimbledon so it makes sense for him to be tested at the next level. If the Millwall fans start singing his praises too then I would imagine he won’t be far off being good enough to be our number one the following season. In an injury crisis, he could still be recalled so I think this would be a good move both for him and for us. As CB said, better for him to be playing regularly at a lower level than have him picking splinters out of his butt here. – Join the conversation, click here.