Could we see a fair few goals as QPR visit? 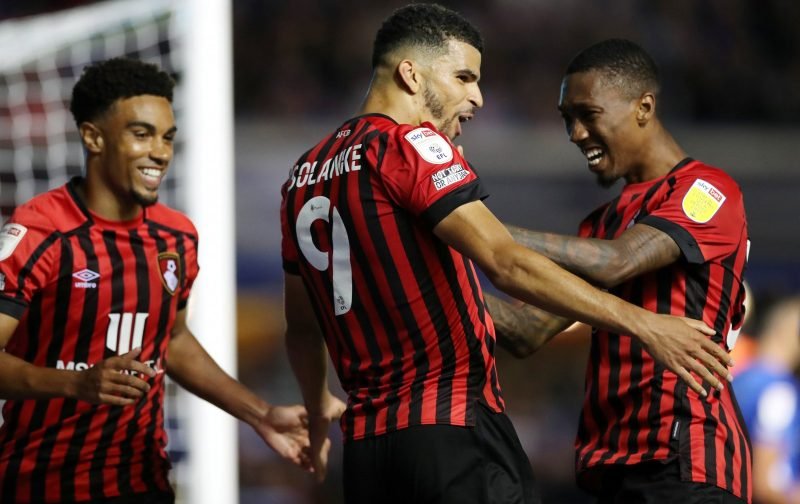 What a way to start a two-home game period with a 3-0 win against Barnsley. The Cherries were never really troubled by this Barnsley side and the result made up for our 2-3 defeat at Dean Court last season. Two goals from Jordan Zemura and another from Dominic Solanke sealed the win. The stats told the story, AFCB had 64% of the possession, 14 attempts on goal against Barnsley’s 2, AFCB had 8 on target, Barnsley had none. The Cherries are 5th in the table on 12 points. West Brom with 14 points replaces Fulham at the top of the league. Scott Parker is building a team around experienced players and younger ones and it seems to be a good recipe. Tuesday night should be a harder game, with QPR unbeaten as well, also won 3 and drawn 3 like AFCB. The Cherries are joint second top scorers at home with 7 goals in 3 games, QPR are top scorers away with 9 goals in 3 games.

As mentioned above, our second home game in a row at Dean Court is against Queens Park Rangers on Tuesday night at 7.45 pm and it’s being shown live on Sky. Mark Warburton’s team had a good finish to the 2020-21 season winning four out of five games, the other was a defeat at home against the side who finished top of the league, Norwich City. Warburton’s team finished in 9th place on 68 points, four places and 10 points better than the previous season, his first season in charge. QPR have been busy in the summer transfer window with a number of new players being signed including loans. Also, a number have left the club including some going out on loan.

QPR have carried on where they left off last season in a rich vein of form with three wins and three draws. Their first game was a 1-1 draw with fellow London club Millwall. They then had two away victories beating Hull City 0-3 and Middlesbrough 2-3. Back at Loftus Road for their next two home games, one was a 2-2 draw with our recent visitors to Dean Court Barnsley, the other game was a 2-0 victory over Coventry City. Their most recent game was away at Reading which ended in a 3-3 draw, Reading were 3-1 in the lead in the 77th minute, but the London side fought back to score two goals. QPR are 4th in the table with the same number of points and 6 goal difference as AFCB.

AFCB Team News
Seems like a clean bill of health after the game against Barnsley, think David Brooks recovered ok after his first-half injury when he went down banging his hands on the turf as if it was a bad injury. We will have to wait to see if Scott Parker shuffles his pack for Tuesday night.

AFCB Player To Watch
After his performance against Barnsley it has to be Jordan Zemura, let’s hope he can carry on where he left off on Saturday.

QPR Team News
Lee Wallace is recovering from a hamstring injury and missed the game at Reading. Otherwise, they should have leading scorer Lyndon Dykes back.

QPR Player To Watch
Their Scottish striker Lyndon Dykes, leading scorer last season with 12 goals and joint top with assists with 5. This season has scored in last 3 league games and the only 2 goals scored in the World Cup qualifying games for Scotland, first at home against Moldova 1-0 and away against Austria 0-1. He was rested for the game on Saturday at Reading after being on international duty recently. In defence Robert Dickie is their central defender. In midfield, Illias Chair.

Last season at home for the League Cup game with Palace.
In the Championship our home win against Rotherham United.

In our away games, wins at Barnsley and Millwall, both with AFCB scoring 4 goals.

This is going to be a real barometer reading. Up to now Parker’s had a hotch-potch squad to pick from, 10 out injured or suspended and no new players brought in.

That finally changed for the weekend and so now he has strength and depth.

Barnsley are a side in flux so it’s hard to read too much into what was an excellent performance from us. However, QPR have started the season well and so, no matter where they finish come the season end, right here and now it’s a tough match.

I’m really looking forward to it. I have high hopes and am further hoping they won’t be dashed. – Join the conversation, click here.