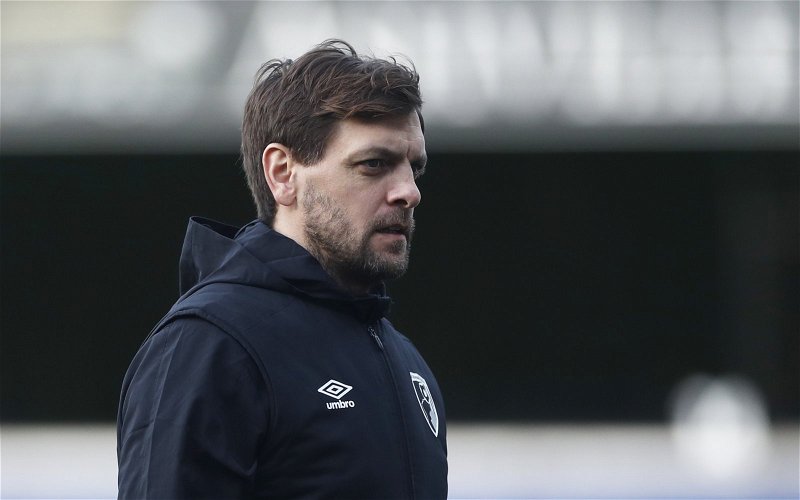 Whilst this could be viewed as a dead rubber, with Wycombe all but mathematically relegated and AFCB assured of a play-off place, but behind the scenes, there will be many a decision going on behind the scenes. We don’t want to lose momentum following the Brentford defeat, but the fans don’t know who are carrying injuries, who are the reserves that need some pitch time, which will play into the chosen starting XI. Woodgate makes 6 changes from the last game, with Smith, Lerma, Billing, Danjuma, and Solanke dropping to the bench, and Cook not in the squad. Clearly, the one game at a time approach has been abandoned. In came Stacey, Mepham, Pearson, Riquelme, Brooks and Surridge, leaving question marks around who will play in the 10 position, whoever it is, they won’t have the height or defensive awareness of Billing. It’s good to see Riquelme get a start, but his absence is understandable given the long winning run. Wycombe are unchanged and have won, drawn and lost in their last three games, the draw being away at Swansea, so aren’t the pushover their position might imply.

Indeed, the threat materialised in the first four minutes. Stanislas tried to play a flick in a dangerous position and the ball broke to Ikpeazu, who nutmegged Mepham, swayed back whilst Mepham gave him room and then picked out the top left corner with a great shot. On the plus side we have plenty of time to come back, and almost had an immediate equaliser, Stanislas fed Brooks and we didn’t have the camera angle to see if there was a foul on Brooks. We looked disjointed, and Ikpeazu got another shot away. The game was held up for an injury to Adeniran forcing an early substitution. The first 20 minutes were very disappointing, the first promising position was a free kick on the right from which Brooks shot and blazed over. We did have a gilt-edged chance just after, Brooks controlling a high ball well, his shot was blocked, with the ball popping up to Surridge who totally miscued it with the ball going perpendicular to the goal when it looked as though the net would bulge.

Following a scramble, Ikpeazu tried an opportunistic header that Begovic had to tip over. From the corner, Surridge headed the ball off the line from a Stewart header. Onyedima fired in another medium-range effort, and we have been very disappointing. It almost went 1-1 when Riquelme reacted fasted to a blocked Rico cross and smashed it across goal just in front of Surridge, who was hunting in a similar position for his goal against Norwich. Wycombe was forced into a second sub when Grimmer came off with what looked like a muscle injury. Brooks had a long-range shot blocked, McCarthy fired into the side netting before Mepham had a good chance with a free header in the centre that he glanced past the left post. At half-time, things weren’t good. If we do throw on our big guns then it defeats the objective of resting them, but losing fairly meekly to the bottom club cannot be good for confidence, in what is one of the worst 45 minutes we’ve had in a while.

There were no changes at halftime and Wycombe again started on the front foot, although Stanislas was free in space and not spotted, Riquelme had a nice run but it didn’t come to anything. The only bright spot has been Pearson, who looked like the result really mattered to him. Mepham had another chance in the 54th minute, but the ball reared up at him, and he headed over, the bounce making it much harder than his earlier effort. Carter-Vickers, blocking the ball with his face livened up the game and showed his commitment. We had another promising position but Stacey couldn’t Stanislas, another cross from Brooks looped up and Stanislas running in outjumped the defender but couldn’t get over the ball. Things were picking up but we were starting from a low base. Things were beginning to gel more, when it works, we look good but when it doesn’t it looks awful. Riquelme made a good breakthrough in the middle, weighted the ball greatly to put in Brooks, who went round the keeper, and a defender sliding it just got enough on it to flick it up and onto the crossbar. Stanislas fell down to the ground in the aftermath and was immediately substituted as was Brooks. The plan of resting key men was maintained with Long and Anthony coming on. Currently, there appears to be a number of fringe players playing themselves out of the reckoning for a first-team place. The game was stop-start and not helped by another with a clash of heads between Surridge and Knight. Frustratingly it descended into a scrappy game, with hardly any chances from either side. A collision between Anthony and Joshua saw the ex-England man needing attention, as did Riquelme after a strong challenge. In additional time, Jordan Zemura came on for Rico and almost picked up a booking straight away. But the game had long since petered out. We learnt that our second string isn’t really good enough, thankfully Barnsley lost, meaning that if we win next Saturday, we will avoid Brentford in the semi-finals, which would be good as they have just beaten us and Watford. If the ultimate goal was to protect key people, then this has been achieved, but this was a tough watch.

Begovic: 7. Nothing he could do about the goal and had little else to do. As I marked him potentially harshly last week it is a seven.

Rico: 6. Along with his defensive colleagues kept Wycombe from getting any clear chances. Couldn’t influence the game much going forward, although this should be the remit of the attackers.

Mepham: 5. Currently his confidence seems shot. I’m viewing him similar to (a championship) John Stones, hopefully, he will turn the corner as I’m sure that he is a good player. I said the same about Billing when he was getting slated, so he might not be the lost cause that many think. Unfortunate that Ikpeazu found the top corner.

Stacey: 6. See Rico, but managed to get to the by-line more often and was more of a threat.

Pearson: 8 (MOTM). Like Carter-Vickers, his emergence has turned the side, but there was little he could do today despite a tireless display and good reading of the game.

Wilshere: 6. In his last few games, he seems to have confirmed that for the big games that Pearson and Lerma are the centre midfielders.

Riquelme: 7. Showed glimpses of his talent, particularly with the ball through to Brooks, but would need a run in the team to form partnerships, and this won’t happen but could be a wild card if needed in the closing stages of a game

Stanislas: 6. Was at fault initially for the goal by trying to be too flash. The chances of the opposition scoring from there were low, however, but it was a risk for no real reward.

Brooks: 6. Unlucky not to score, showed flashes of talent, but probably the changes in the starting line up affected his and Stanislas’s ability to know where others were running

Surridge: 5. The glaring mis-kick might cause him a sleepless night. Apart from that had no chances and got little change from the Wycombe defenders. But did clear a header off the line.

Great report! Although I’m very intrigued as to what attributes that you believe Mepham actually possesses that you believe make him a good player? He’s slow, constantly gets outmuscled, often caught horribly out of position, prone to severe lapses in concentration, and an absolute liability with the ball at his feet…. with Billing at least you could see that there was a bit of natural talent there, just maybe not the application. I’m genuinely intrigued as to how anyone can have watched Mepham play and still describe him as a good player? – Join the conversation, click here.