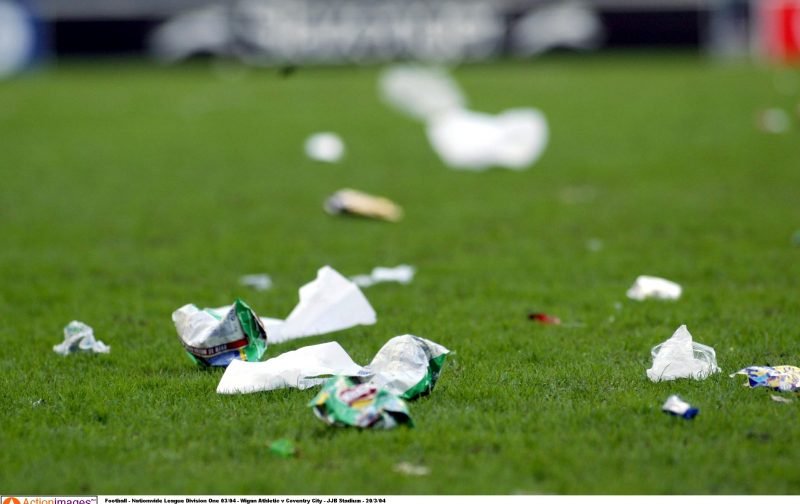 Tonight I decided I can’t be bothered to put in the usual effort. Although I still put in a great deal more than the players.
-We are ****. The formation was ****. Woodgate is ****.
-Lots of sideways passing
-Never looked like getting anywhere with it
-Cardiff are an actual football team
-Their players run around a lot and actually seem to care about the outcome of the game
-We decide not to mark a six-foot-five tall guy from a corner. Astonishingly this backfired on us
-We give Kiefer Moore acres of space on the edge of the six-yard box. Begovic makes a great save with his feet, somehow keeps us in it
-Rico clearly felt bad for Kiefer, so gives away a stupid penalty. Look at the reaction of our players.
-Moore scores penalty
-Surridge misses a sitter.
-half time
-switch to 442. Marginal improvement.
-Smith cut back to Stanislas. Headed for the bottom corner but great save by Phillips
-Stanislas free-kick 25 yards out, headed for the top corner. Another great save by Phillips.
-breakaway, Stanislas plays in Danjuma. Deflected cross-shot drops invitingly for Long. Free header into an empty net. Can we force an equaliser?
-no
-full time

Player ratings
Begovic- 6 made one great save
Smith- 3 anonymous
Cook- 5 couldn’t organise a **** up in a brewery
CCV- 6 our most likeable player is on loan and has played about five games for us. That says it all.
Kelly- 3 meh
Rico- 0 please just leave
Lerma- 3 passing conference standard at best
L Cook- 1 looked back at the lineups and astounded to discover that he actually played. Gets 1 mark due to the fact that he isn’t Diego Rico.
Billing- 3 in a team of players that don’t care, watching this guy strut around makes the other 10 look like Roy Keane
Stanislas- 5 did okay I guess
Surridge- 2 I want to say anonymous but I feel like that doesn’t do it justice
Long- 5 shown he can score from one yard. This instantly makes him one of our better players.
Danjuma- 3 occasionally beats a man. Always poor end product

I share the disappointment but wait until at least the next day until I have reflected on what I saw, review the stats, and read a number of the match reports before I form an opinion. A lot of the good stuff is easily forgotten when we lose. Kudos for anyone whose so assured so quickly to write a report, but don’t expect people to agree with it once their head clears.

What I saw was that we played a team with an ugly style, happy to give up possession and defend, that scored two from set plays, our Achilles heel. As highlighted, a couple of great saves yet it’s written like one of our worst performances.

I am also bored of the suggestion that failure lies with lack of effort or desire, and that every other team wants to win more. It’s not like we are a team winning only 35% possession, letting oppo run riot. We had enough of the ball, we just have a number of players who keep making poor decisions and who are not on the same wavelength. It’s mental, not physical effort.

Rico wasn’t faultless but our best opportunity of the first half was his cross which Surridge couldn’t convert. That seemed the plan for both wings but the passing and crosses were not good enough.

My only concern is what JW sees in Billing that I can’t. He is so poor in the air, getting worse in fact, that he might as well stay up for corners, rather than defend them, or free kicks. Doesn’t matter what talent he has, he just isn’t reliable.

There’s still every chance we can beat Watford and frankly no panic if we don’t. The emerging teams do cause concern but also hope that there are a lot more teams in this division capable of taking points off the top 6 if we can get firing. – Join the conversation, click here.

One Reply to “Conclusions against Cardiff City”