Conclusions against Brentford, who will go up via the play-offs? 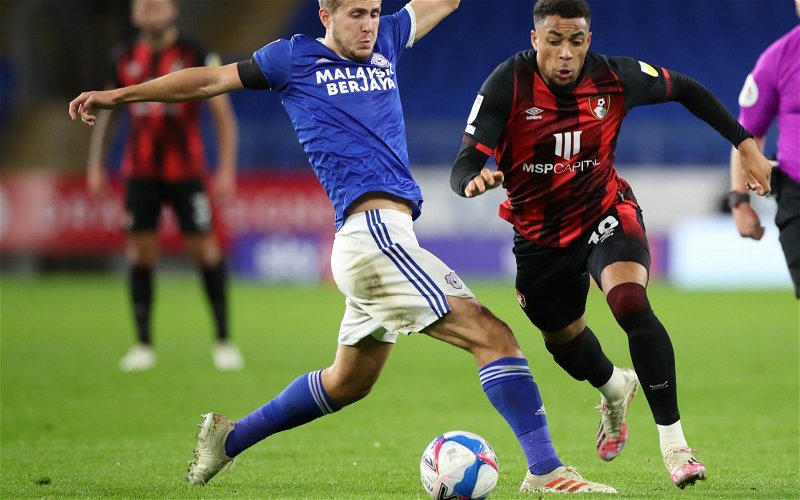 I’m nervous writing the preamble. The teams have come out and we have many people’s strongest XI on the pitch, yet these were the players who turned in such a dismal display against Stoke. You are a better tactician on me if you managed to unravel exactly what went wrong that day, but the opening minutes should tell how hungry the players are to make up for that result. In both games against Brentford, they gave us good chances early on, Solanke having one cleared off the line in the away match, and Stanislas slipping when shooting with just the keeper to beat at home, so a fast start may be needed. But I’m wary that in both the games, once Brentford had taken the lead, they suppressed our attacks very well, meaning falling behind is a big problem. The team more or less picked itself, the only decision that looked tough, once Stanislas was ruled out, was whether Smith or Stacey would play at right-back. Both have different qualities, but Woodgate has gone for the experience.

It was an open game, Brentford having the better of the early exchanges, Toney would have been through on goal if his chest control had been better, but instead, the ball was claimed by Begovic. There was a penalty claim on 9 mins that looked nothing in real-time with Smith kicking the calf of Fosu-Henry when challenging for a high ball, but VAR may have intervened were this in the Premier League. We began to look dangerous down the left, and following a good cross, Canos beat Brooks with Lerma thumping a volley slightly high and wide. Danjuma was being double-marked, which could create space on the right, a brilliantly weighted ball from Brooks found Smith running forward to pull it back for Billing, central and about 14 yards out. We were waiting for the net to bulge but the Dane sliced it wide. Cherries’ fans would have been feeling a bit more comfortable as we were gaining a foothold in the game, Brooks was looking much sharper than in recent games and Sky had the shot count as 4 -0 to AFCB. Cook went down holding a knee at 20 mins but appeared ok to carry on. A break down the left saw the ball come out to Kelly, who whipped in a cross that evaded Solanke and was headed against his own post by a Brentford defender. Neither the sky commentators nor the ref saw this, and a goal kick was given. There was danger for Brentford when we managed to break at pace with them, effectively two on one, albeit with the defence racing back. Solanke chose the pass, when the positioning of the defender, probably worried about the ball to Danjuma, meant the better option was to run and shoot. It will be much easier watching on tv (or in the ground for the lucky few) than having to make these decisions at pace, but it was frustrating. There will always be a concern when the opposition have corners, although the introduction of Carter-Vickers has made us less vulnerable. After a corner and sustained pressure, Canos had a shot deflected over the bar when a cruel deflection could have put the Bees in front. Brentford were happy leaving two up front when we were attacking virtually leaving two vs two at times, as I was impressed with the runs of Toney, who was intelligently finding space, although he was hobbling following a collision with Carter-Vickers. On 40 minutes we get a corner that was taken by Danjuma, Cook rose well and powered a header towards Raya’s bottom left corner, just evading Solanke’s outstretched boot, which would have been a goal if he’d connected, with the keeper making a good save. Brooks follows up and Toney clears off the line. Cook stepped in to win the ball well in Brentford’s half but Danjuma was crowded out before he had a chance to conjure a shot. Just before half-time, we pick up two injuries. Smith is down but decides to make it to the break, but Cook went down with no one near, and I suspect that this is his season over. Mepham, who has looked short of confidence, replaces Cook to face his former club. There’s time for the first booking of the game, Roerslev hauling down Brooks after he was nutmegged. At half-time, we were slightly the better team, but there was not much in it.

Smith was ok to continue after the break, and the second booking came quickly, Jansson forcing Solanke to give him a piggyback. A long, high ball looked as though it caused a communication error between Carter-Vickers and Mepham, which was a concern, although thankfully this was the only occasion. Maybe Woodgate’s tactic of giving Mepham and Carter-Vickers pitch time vs Wycombe (where their only real chance was the wonder goal) was inspired. AFCB noticeably turned down chances for long-range shots which may have got the crowd more excited, but this was a tense, nip and tuck game, with neither team dominating. Then the goal came. It was a superb counterattack. Kelly intercepted a pass, with the ball running to Danjuma, on the touchline, 18 yards for our goal-line. He played the ball into Solanke, who found Brooks on the right and we were in a 4 vs 2 situation. An unselfish run from Billing from left to right made the goal, drawing the defender away and leaving space for Brooks to pick out Solanke or Danjuma if he could weight the ball correctly. Despite Brooks being off-colour, he would be the person I’d want in this position, and if there is one person I’d want to be taking the shot it is Danjuma. Looking at Solanke’s body shape, I think he got the call to leave it, and as we all expected Danjuma found the bottom right corner. 1-0. What is noteworthy is that when the ball was in the net we had five players in the Brentford penalty area. Danjuma, Solanke, Billing, Brooks, and Smith, who had made a great burst from the back. This was less than 10 seconds after they were all inside our own half. Brentford responded with a triple substitution and a formation change which took us some time to get to grips with and Brentford players kept finding pockets of space. After a good move, Jensen slammed a shot into the side netting and in the 66th minute, Emiliano had a good chance charged down well by Begovic. Another worry was Pearson down holding his hip. He’d been doing a good, largely unnoticed role of breaking up play and cutting off angles, but losing him will be a test. With Lewis Cook injured, Gosling sold, Billing flourishing further forward and Wilshere not having the impact we had hoped for, there isn’t a natural replacement. Stacey came on as a sub, and it was unclear what formation we were playing, we were losing shape and Brentford were creating half-chances and mounting pressure. It seemed to alternate whether Billing or Brooks was playing in the centre midfield and the other in a ‘10’ role with Stacey at right midfield. Then came the chance, and the miss of the game. Norgaard was played through down the Brentford right having lost Brooks, who isn’t a natural defender. He swept the ball across the area where Smith was having to deal with both Mbeumo and Henry, with Mbeumo, who had scored three weeks earlier, having what even kind people would say was a sitter. Six yards out, level with the left post with Begovic near our right post, the striker contrived to put the ball wide. That was one big let-off. Woodgate changed the formation, switching to either 5 or 3 at the back, depending on your viewpoint, although I’d go with the former as we were trying to steady the ship, switching Smith to left-back, Stacey to right-back, and replacing Brooks with Wilshire. This worked and restricted chances for both teams. Danjuma had a free-kick saved, although it was well hit a competent keeper would have been disappointed if it had gone in, and Solanke had a shot when a better decision may have been to lay the ball off to the onrushing Stacey. No one will complain with coming out of this game with a lead, a draw might have been fairer, although the same could have been said with at least one of the league games. Although a sizeable number of fans would have wanted AFCB to try and score with a corner in the last minute rather than play out time. With the away, goals rule not used in play-offs, if there was a goal the odds were that it would be in our favour. Even if there was a counter, I’d hope a player would take a booking for the team. I hope this isn’t a foreshadowing of a mindset to hold what we have in the away leg. According to the bookies we are now moderate favourites to reach Wembley, but I wouldn’t bank on us defending a 1-0 lead for 90 minutes.

Begovic: 7. One moment on worry when he spilled a cross, but a good save to keep it at 1-0

Carter-Vickers: 8 (MOTM). Another rock-like performance, never letting his man get past

Cook: 8. Unfortunate with the injury that is likely to rule him out for the remaining game(s). Unlucky with the header.

Smith: 8. Repaid the manager’s faith to play him in front of Stacey and made some good runs going forward. Lucky with the potential penalty.

Pearson: 8. His importance was shown when he came off. Woodgate will be hoping that he is fit for the weekend.

Lerma: 7. A fairly quiet game, but presumably told to shore up the midfield with Pearson to allow the attacking quartet to play.

Billing: 7. Like Lerma, probably blunted by the Brentford formation, but this left spaces down the wings. A great run to make space for the goal.

Danjuma: 8. Unlucky not to get MOTM for his ice-cool finish. Being doubled up on meant other players had space, and broke from 18-yards from our goal line to help create, and then finish off the move.

Brooks: 8. We had the good version of the erratic Brooks for this game. We will need it in the second leg. A brilliantly weighted ball for the goal, and also to set up Smith.

Solanke: 7. Shackled by two centre backs and a sweeper, he still played a part in the goal. Decision making a little suspect, but a good game.

Mepham: 7. This game will boost his confidence no end. He did little wrong and will be needed at the weekend.

Stacey: 7. Not his fault, but his introduction (for a different player-type) was associated with a loss of shape. Once we had established a formation contributed well

Wilshere: 7. Much better from Wilshere. I still suspect his pace has gone, but playing in a compact defensive line-up, he organised the midfield well and helped us regain momentum.