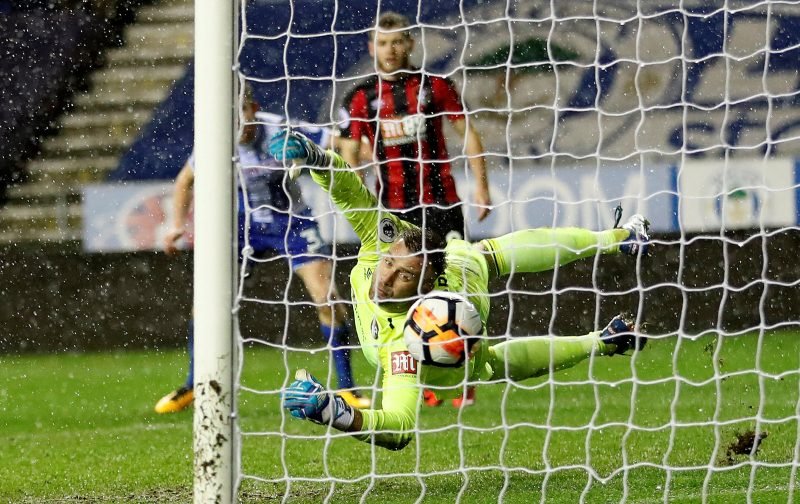 Even before the team was announced, the omission of David Brooks and Callum Wilson through injury and Nathaniel Clyne meant that scoring a goal against a team with the highest number of shutouts was highly unlikely. However, Lerma, Rico and Ibe were brought back into the side in the place of Stanislas, Solanke and Clyne.

The match was dominated by the Title-hopefuls right from the off although Fraser forced Allison into a good save early on. The home side dominated possession with most of the play inside Bournemouth’s half, but the Cherries showed energy on the counter. However, it was the home side that struck first, with MANE heading past a rooted Boruc from a questionable offside position. And only 10 minutes later, they doubled their lead as Robertson robbed the ball of Ibe and looped it over to WIJNALDUM who cheekily chipped it over Boruc for the second.

It didn’t get any better after half time. Liverpool wrapped up all three points with their third goal as trickery in the box from Firmino to SALAH allowed the Egyptian king to curl one into the far corner. Pressure continued to mount as Boruc watched Mane’s bullet header whistle wide.

Eddie attempted to rally a comeback with the arguably disappointing Ibe coming off for Solanke. A standing ovation for both former Liverpool players. Despite the attacking move, Bournemouth continued to sit back to avoid a hiding. Eddie made a surprising move again with Mousset coming on for a quiet Lerma and the former was into action straight away – drilling an audacious effort just wide from 22 yards out.

With the clock running down, Liverpool continued to press for a fourth but couldn’t find thanks to some fantastic saves by Boruc; filled with desire and bravery. Although all hope was lost, Solanke came close from 25 yards out but it couldn’t beat Allison.

Artur Boruc – 7: Even the best couldn’t keep out all three of Liverpool’s goals but he made some excellent saves.

Adam Smith – 6: Determined to bomb forward, and made some good moves on the counter. Made some good interceptions too.

Steve Cook – 4: Looked very nervous at the back and heavily affected him at the back, looked more confident in Liverpool’s box

Nathan Ake – 5: Similar to Cook but made some good blocks and clearances.

Diego Rico – 4: Naïve and exploited on the left flank. Had trouble tracking back too. Probably for the better if he had come off a little earlier.

Jordon Ibe – 4: Looked energetic on the counter at certain times but always runs into cul de sacs and lost the ball, as per usual.

Dan Gosling – 6: Seemed to have snatched Lerma’s role; aggressive when possession was lost.

Jefferson Lerma – 5: Very quiet. Put safety first in terms of aggressiveness and passing, but a good move by Eddie to take him off to avoid suspension.

Andrew Surman – 7: Resurrected the energy of him back in 05/06. Good passing and closing down. Like Boruc, very impressive for someone of his age. Put in a good captain’s contribution too.

Ryan Fraser – 5: Particularly bright early on but dwindled away. Crossing ability (especially during corners) quite poor.

Josh King – 5: Made a good effort when on the ball, but ultimately lacked vital support.

Dominic Solanke (Jordon Ibe – 60) – 6: Quite impressive and energetic but lacked the final touch.

Lys Mousset (Jefferson Lerma – 70) – 5: Only feature was his shot as soon as he came on. Other than that, quiet.

Man of The Match: Tough to choose between Surman and Boruc but I’ll give it to Boruc for his saves that prevented the forum going into meltdown.

I sympathise those that played the full 90 today. It was always going to be tough but they gave it a go and expectantly lost. Liverpool have been ruthless and on fire, this season – obliterating most teams similar to us.

Once again Boruc has impressed. Whatever is happening regarding Begovic at the moment, Boruc is a good backup and has once again justified that the goalkeeping position is up for grabs. His bravery and experience provided somewhat of a potential lifeline to us. Surman played well once again and orchestrated the team with the armband, as he usually does. He showed some great energy despite being 32 and thoroughly deserves to get a goal sooner or later. An unsung hero for me.

I think that Ibe was overall poor again. He’s has been given ample time to impress ever since he signed nearly three years ago. Although there have been some good games (eg Brighton and Arsenal last season) it may be time for him to go out on loan or find a new club for him. Rico again didn’t look impressive compared to others on the field; however, I’m sure Daniels would have been ahead of him.

Eddie needs to put this game behind him. We were impressive against Chelsea, poor against Cardiff and mediocre today. Two weeks until Wolves at home so it’ll be interesting who will be available for the match. It’s still very open for 7th place; with Wolves only being 5 points ahead of us and a win could see us go to 9th.

We looked a very ordinary side today, lacking creative skill and passion which was disappointing, to say the least. With so many key players missing mainly through injury it was obvious we would be up against it. Let’s just hope in two weeks time we can get key players back playing and give Wolves a tough game on our patch. – Join the conversation, click here.