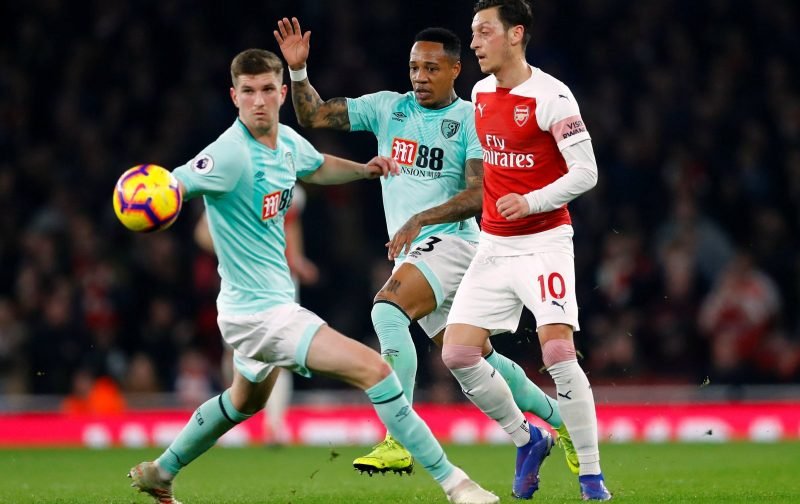 Here we go again. Our 5th season in the EPL. Still enjoying the ride?
Of course, you are, especially those of you who joined the train late and
got the last remaining seats. You are yet to alight at Exeter or Swindon,
Rochdale and the like, and here’s hoping you will never have to.

Have we had a good close season in the transfer market?
Well with 5 players coming in, you would hope so.
But as 3 of those players have come in with 12 or fewer days
till the big kick-off, it is too early to tell.

On the pitch, we rounded off with a fine 3-0 win against a nigh on full strength
Champions League-bound Lyon, who I saw turn in some fine display’s
in Ligue 1 last season.

This years preview will be, players in, a brief summary, predicted position within
2 players, (covering my butt this year to keep Blandford Cherry at bay), and finally
a post-match Sunday newspaper headline that would be the best possible scenario for AFCB.

What a signing Pepe is. Been a fan of his for a few years, and excluding Mbappe, he was
the shining light in French football last season.
Are these signings enough to bring them a Champions League place?
I think that’s a maybe. Hence the predicted finish:
4th/5th.

Headline. As Lerma strolls past Pepe to put us 2 up and he is pictured
being substituted.
“PEPE LE PEW.”

And there above is a list that is far too long.
You can’t expect all them to gel at once and start
performing at the required level.
Fulham found that out last year.
I think they will just survive, but it will be tight.
Marvelous Nakamba…what a name.

Sorry Seaweed. I think you haven’t signed the quality to improve
after a dismal last season.
Graham Potter has got his work cut out changing the way they
play from the Houghton era.
Unproven manager at this level. It’s going to be tough.

HEADLINE:
ANOTHER CHERRIES APEX AT THE AMEX.

No distraction of 6 Europa League games before the season start
this time around, and I am sure they will benefit.
Apart from Rodriguez, as usual, they haven’t splashed the cash, but have
enough in the squad to battle their way to comfort.

Is Lampard the right choice? Well, he is a Chelsea legend,
but with one year’s experience as a manager, and all these
Chelsea player ego’s, he will have his work cut out.
A transfer embargo to doesn’t help.

HEADLINE:
4 GOAL HELL FOR THE BLUES AGAIN AT THE VITALITY.

At the time of writing, Palace are trying to hang onto Zaha.
As he seems to want to go, there will be no advantage in keeping
a sulky player. (Remember the Man Utd transfer he begged for)
Ayew is barely PL class, but Cahill is a solid signing who will
do a job.
Another tough season.

As I write, I hear that they are in for many other players as well.
Zaha, Ake, Doucoure, Pugh, Hugh, Barney, McGrew.
If they have had this money available all summer, why
didn’t they spend it earlier, and get a team settled before the
season starts?

Impossible to predict right now.
I will guess 8th/9th, but with one of the above names,
maybe 7th.

Rodgers now gets a first full season at Leicester.
Will they replace Maguire in time?
Who cares?
We made Maguire and Morgan look like quadruple
amputee tortoises last season at ours.
Perez and Tielemans are half decent signings, but
nothing to up them on last term.

HEADLINE: After a Danjuma goalscoring masterclass…
(I like this one)
ONE DANJUMA, TWO DANJUMA, THREE DANJUMA FOUR,
FOXES FAILING IN THE SUN, CAN’T TAKE ANYMORE.
(Only fans of a certain cartoon era will get that, unless you remember The Dickies)

I was in Liverpool the final weekend of last season.
Hell, they want the PL title bad.
What did they do wrong last season?
Lost one game to City, a few careless draws, and won the Champions League.
Surely a club can’t lose just one league game and not romp it again?
Watch this space.

Read on for part two by clicking here.