Legend hardly does the man justice 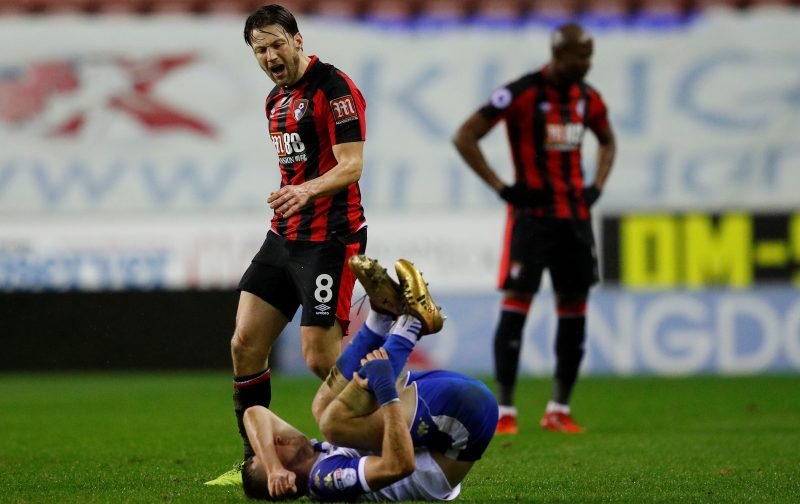 AFC Bournemouth midfielder Harry Arter found himself at a crossroads in his career.

Since his move to the Cherries in 2010, Arter has been a mainstay in AFC Bournemouth’s squad under Eddie Howe’s two spells at the club.

He has amassed over 250 appearances in all competitions and has played an undeniable key role in AFC Bournemouth’s rise from the third tier of English football to establishing themselves in the Premier League.

He was the heart of the Cherries midfield as AFC Bournemouth won promotion from League One in 2013 and won the Championship title in 2015.

Arter remained a key player as the Cherries made the step up into the Premier League, but last season, his on the pitch life took a dip for the first time since he was sent packing for a months loan spell with Carlisle United in March 2011 by former manager Lee Bradbury.

Arter made just 13 Premier League appearances last season (just one in 2018), totalling 962 minutes in comparison to his 35 appearances and 2,959 minutes the season before.

Despite being linked with numerous clubs throughout the summer, Arter remained a full part of AFC Bournemouth’s squad and featured numerous times during pre-season, including against Spanish La Liga side Real Betis last Friday night.

The player himself insisted that he just wanted a chance for regular first team football and he had done everything he could to fight for his place in the squad.

But then transfer deadline day came and the rumours began to circulate.

The three options appeared to be, stay at AFC Bournemouth, a transfer to Watford or a loan move to Cardiff City and Arter opted for the latter.

Arter joins the Welsh side for a full season loan, the deal does not include a recall option and as per Premier League rules, he will not be allowed to play against his parent club.

This is how the move played out…

I’m at #afcb today for #DeadlineDay

The club are still actively looking to sign players. Striker and Centre-back are their key targets but they’re not close to anything yet.

A few clubs are circling around Harry Arter…

Cardiff City have approached the cherries to take the midfielder on-loan with a view to a permanent move, which #afcb would prefer #DeadlineDay pic.twitter.com/dHQW5E691U

Sounds like Harry Arter is heading to Cardiff to undergo a medical. #afcb

Sounds like Harry Arter loan move from #afcb to #CardiffCity is back on. Nice bit of sweet talking from Neil Warnock as player wasn't keen this morning @tSHandJ @talkSPORT #DeadlineDay

My understanding is that Harry Arter turned down a late bid from Watford to join Cardiff City.

Harry Arter season-long loan deal to Cardiff confirmed. Stating the obvious, but he won't be playing against #afcb this weekend, or at any point this season.

End of an era. 8 years with Cherries. Over 250 apps. Will always be one of the best pieces of business the club ever did

Wishing @afcbournemouth all the best for the season, have no doubt it will be another great season. Thank you for all your kind messages and will see you all soon ????

Can you think of any other AFCB player down the years who has had such a massive impact? I can’t….. legend hardly does the man justice. – join the conversation, click here.