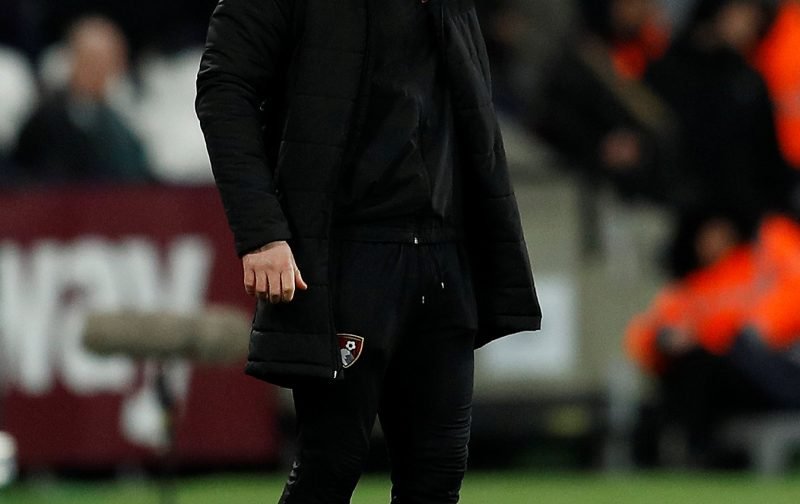 AFC Bournemouth manager Eddie Howe refused to deny that he has been left frustrated by the performances and results of his side during the end of season run in.

In mid-March, the Cherries had just beaten West Bromwich Albion to climb to tenth in the Premier League table, hit 36 points and be 8 points clear of the bottom three.

In comparison to the 2016/17 season, the Cherries were 1 point adrift of that tally, were 13th in the table and 7 points clear of the relegation zone.

The defeat to Southampton on Saturday ended any hopes that the Cherries could beat last seasons points tally.

“It is a huge frustration for me because we want to keep growing and improving and the standards we have set have always been to push so hard to achieve that.

“But the points tally is not the biggest measure for me. It is inside knowing how we are performing and how the team is looking to grow and improve.

“I have been frustrated by that in recent weeks, I am not going to deny it. We haven’t had the best run of performances.”

hurt and trying to control anger. Can’t remember the last time he sounded like this.

I wonder if this reflects a feeling that Eddie’s loyalty to certain players isn’t matched by their efforts – that “ Together, anything is possible” isn’t getting the responses it once did? Is that a lack of focus and effort – or the inability of older players to reproduce the form of four or five years ago?

Will Eddie Howe draw the conclusion that’s surely been staring at him throughout the season? … time to act quickly with incomings and outgoings, and above all to bring in midfield leaders with grit as well as skill. – Join the conversation, click here