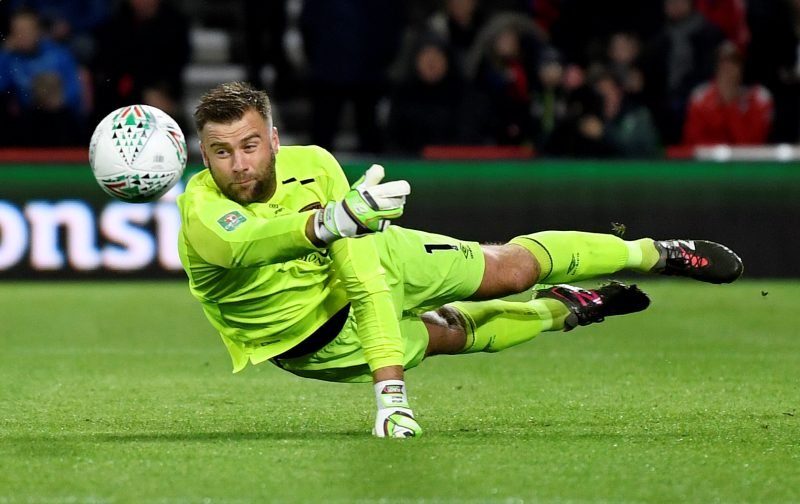 Just one week ago it looked like the Premier League bandwagon would be blindly bundling on into a weekend of fixtures that would have seen AFC Bournemouth host Crystal Palace at Dean Court.

However, shortly after a statement from the Premier League that it would be business as usual, Arsenal announced that head coach Mikel Arteta had been confirmed with the Coronavirus and Chelsea announced player Callum Hudson-Odoi had also tested positive for the disease. Both have since announced that they are recovering well.

Prior to the announcement that the Premier League would indeed be suspended for the foreseeable future, AFC Bournemouth also announced that goalkeeper Artur Boruc and four members of the AFC Bournemouth staff had gone into self-isolation, after showing symptoms of the Coronavirus.

Thankfully, the news is also positive for the popular Poland international.

My and my older crew will be ok. Not sure about this two😏❤️ Obviously just joking, they will be fine 🙏🏼💪🏼 Just to clarify the situation. Didn’t have a test yet, and to be honest I’m not sure if I’ll have it at all. Very weird situation but I’m trying to find a reason… Well one day mystery will be solved. We are feeling better and looks like this self isolation works. Give yourself a chance and give a chance to the others. ❤️ #stayhome #zostańwdomu #boruc

“Just to clarify the situation. Didn’t have the test yet, and to be honest I’m not sure if I’ll have it at all. Very weird situation but I’m trying to find a reason… Well one day mystery will be solved.

“We are feeling better and looks like this self-isolation works. Give yourself a chance and give a chance to the others.”

AFC Bournemouth manager Eddie Howe also spoke earlier this week about the current state of play at the football club.

An update from Eddie Howe on measures taken at Vitality Stadium in light of COVID-19. pic.twitter.com/9qNDAPHXZ2

The Football Association, Premier League and English Football League are continuing to hold talks on the future of the 2019/20 footballing campaign.

Three options appear to be the most obvious choices gathering from frequent media speculation, which is to either declare the season void, draw a line in the sand and award promotions and relegations as the tables currently are (relegating AFC Bournemouth in the process) or resuming the final games of the campaign, whenever it is safe to do so.

Looking at the prospects, nothing is getting resumed. The deaths yesterday in Italy alone are staggering if we’re 2 weeks behind them then…..

Sooner or later decisions have to be made, contracts are up soon for players and once the next week or so comes into the headlines I think it’s already over playing-wise – it’s just a matter of how they close the season out on paper.

The only slim chance of exceptions being made for football is to keep the masses distracted whilst the world falls apart around them, but even then I think that would be logistically difficult and insignificant with other things going on. – Join the conversation, click here.