Forest join Newcastle, Watford and QPR in chase for defender 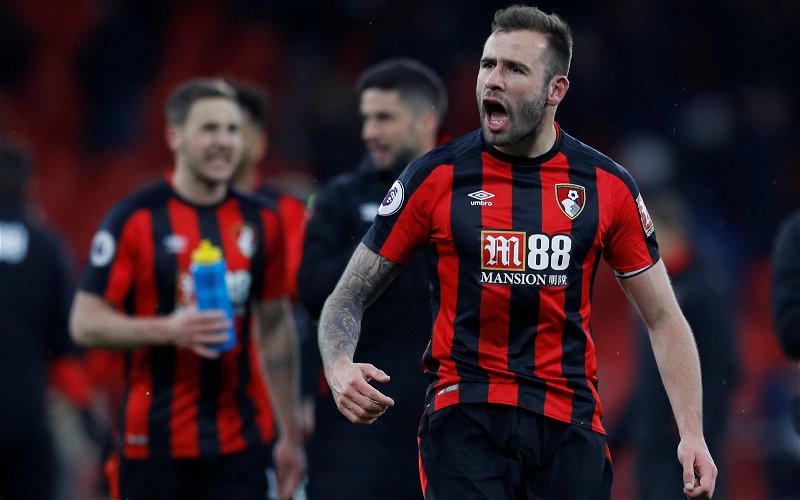 But with Steve Cook frozen out of the AFC Bournemouth squad for the trip to Queens Park Rangers on Monday night, that link appears to have been validated.

A move to #NUFC would be very unlikely, as I understand it. https://t.co/fmgvM5kLV9

Can add #NFFC to the list of Championship clubs chasing #AFCB defender Steve Cook. As I said last night relationship between him and the club remains very strong. If he goes he will bow out as a genuine Cherries legend.

When asked about the situation of not having Cook involved against Queens Park Rangers, one of the teams reportedly interested in signing Cook in January, AFC Bournemouth head coach Scott Parker told the Daily Echo…

“…there’s maybe a possibility he may be leaving in this window, due to his situation.

“I didn’t feel that it would probably be best for Steve, for him to be involved. On his side, he thought that and I probably agreed, so just made that decision.

“Steve has been immense since I have come in here, probably at first not being involved and in and around it has been difficult for him.

“Professionally of the man, he then came in and did very well but at this present moment in time, due to his situation, just didn’t want to put him in a compromising position in any way.

“That’s not to say he’s going to leave, of course not, but while the window is open in literally a matter of days, and with his current situation what may be the case – we made that decision.”

The 30-year-old’s contract at Dean Court is expiring at the end of the current 2021/22 campaign and speculation regarding his future has been rife all season. It now looks highly unlikely that Cook will add to his 388 appearances in all competitions for AFC Bournemouth and his departure is all but confirmed.

Seems like Steve could well be on his way out, aside from the immediate disappointment that he has proved he is more than an able backup this season it’ll be the end of an era. 10 years at any football club is hard to achieve, over 360 appearances spanning 3 different leagues is amazing. The guy is the ultimate professional, has been a fantastic captain and servant.

Gutted we can’t give him a decent send-off if he does go unless a later dated testimonial can take place? – Join the conversation, click here.