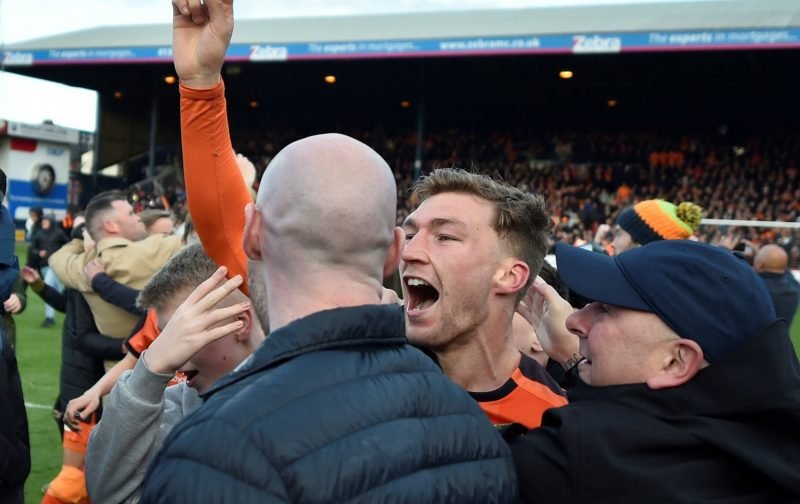 On Monday, as AFC Bournemouth awaited news on the completion of Tyrone Mings’ move to Aston Villa for £26.5million, the Cherries announced the deal of Luton Town defender Jack Stacey.

The 23-year-old has now signed a four-year-deal at Dean Court and was unveiled in the new AFC Bournemouth third kit.

????️ "I saw myself at Bournemouth. I'll be working under a good manager who likes to develop players, so it was an easy decision in the end."@jackstacey_ on his decision to join #afcb ???? pic.twitter.com/lCfq8wUHQp

“…There were a few clubs interested but Bournemouth was always the one I saw myself at.

“This is a great club with a fantastic manager who helps establish young players, so that made it an easy decision in the end.

“I believe I can thrive here and I can’t wait to get started.”

Delighted to announce my next step at @afcbournemouth and looking forward to the opportunity to realise a childhood dream of playing in The Premier League at such a good club???????????? pic.twitter.com/beSLfPnm4s

Just thought id give you a bit of info on Jack Stacey.

He is a great player, he kept James Justin out of his preferred position of right back through his great performances so Justin moved over to left back. Justin has just gone to Leicester and is also a great player so you can see how well Stacey has been playing for the last 2 years.

He has an unbelievable engine on him and never stops, he is always available when attacking and is always back to defend. He is a good crosser and will provide plenty of assists to your strikers Wilson and King who I hope has a good season as I’ve picked him in my fantasy team! Reminds me of Alexander Arnold but not as good final ball.

I’ve been saying we had the best two right back and left back outside the premier in Justin and Stacey so its come as no surprise they are both moving on.

Been watching Luton since 1988 and I cannot think of many better players than Jack Stacey.

Glad he is going to a team like yourselves as its how Luton like to play so he will take to it like a duck to water. I’d be amazed if he isn’t the first choice by the end of the season.