Cherries to be patient with Brooks as he battles back 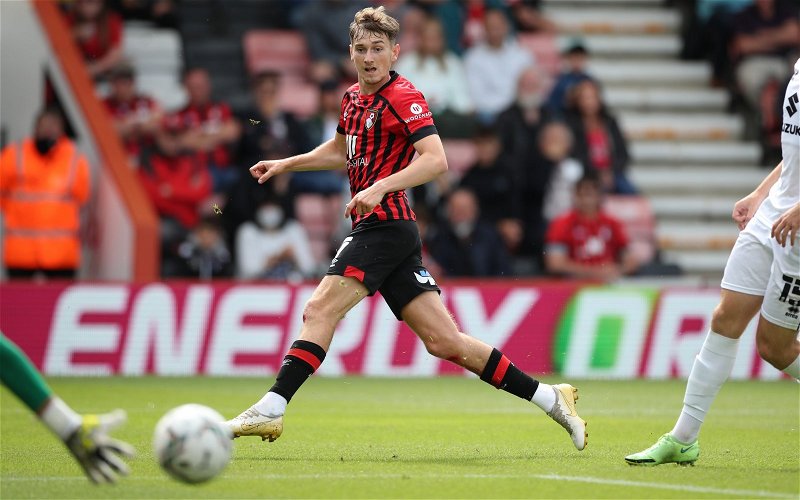 Nine months ago AFC Bournemouth were shocked by the news that Cherries midfielder David Brooks had been diagnosed with Stage II Hodgkin Lymphoma.

Well wishes from all around the world flooded in for the 24-year-old Wales international as he announced the news of his diagnosis and impending treatment.

Brooks, understandably kept his treatment private over the forthcoming months but the Cherries supporters made sure that the midfielder was always in their thoughts by giving him a standing ovation on the 7th minute of every game either at Dean Court or away from home.

Two months ago, Brooks announced via social media that he was now cancer-free and he would later attend the game between the Cherries and Nottingham Forest, where AFC Bournemouth clinched automatic promotion to the Premier League.

Brooks has since joined the squad for pre-season training, but understandably there is no

“It’s amazing to have him back with us on a daily basis, something we haven’t had for some time.

“But it’s a process and it’s not something we’re going to be speeding along. We need to take each step as it comes and hit every milestone as they come.

“David has still got a lot to do in that sense. He was very ill so we need to tread carefully with him.

“He’s willing more than ever and everyone’s pushing but we’re being very sensible in what we’re doing with him.

“While we all can’t wait to have him back playing, we’re going to have to be patient with that.

He looks to have filled out a bit which is no bad thing, it’ll take some time to get to match fitness. I’ve struggled since being ill with sepsis in January and am never going to regain my original levels of fitness. Mind you I can give DB 50+ years!

Three years on from cancer treatment and I’m still not anywhere near previous fitness levels.
Of course, covid didn’t help as I had to shield, and my fitness fell off a cliff.
It’s only a few months since we found someone who was brave enough to train me(being a friend helped no doubt), to the extent that I managed the last three home games, of course, to to the ribbing of other ST holders around us that we were ‘glory hunters’ as I hadn’t been seen in a long time, but all were glad to see me. – Join the conversation, click here.