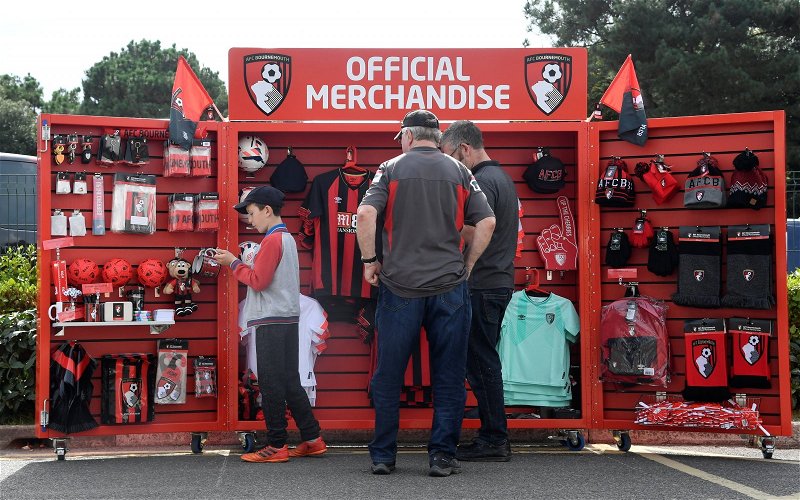 AFC Bournemouth have released their new home shirt, ready for their first season back in the Premier League.

The new kit which will be worn for the 2022/23 campaign boasts the Cherries traditional red and black colours of the last 30 years.

With exactly one month to go until the season kicks off, it's time to reveal our 2022/23 home kit 😍@UmbroUK // #afcb 🍒 pic.twitter.com/A4GNaueCn8

According to the press statement on the launch of the kit, the design has been “inspired by and reflective of the club’s architectural stadium pillars, the striking new home kit also gives a nod to the past in the style of the iconic kits from the early nineties.”

The home kit will be available to pre-order from the club’s online Superstore at superstore.afcb.co.uk , pre-orders are expected to be dispatched during the week commencing 18th July.

Who has pre-ordered already? 🤔 pic.twitter.com/fRiecOr1JY

It’s fair to say that the new design has divided opinion. What side do you fall on?

Oh well, at least I don’t have to wear it.

Is it the wrong colour as well? The red doesn’t quite look as “deep”…? Like it’s faded to match our seats?

Old Cherry said: It’s not bad …but I would have had those black zigger zaggers of thinner width..and a couple more of them squeezed in..

SlowDownDerek said: I look at football shirts the same as I look at wedding dresses. People make loads of fuss about what’s nice and what’s not but essentially there’s not much difference in any of them.

king-bedwetter said: Wow! I hate it.

northstandmark said: Don’t hate it. Don’t love it either.

I guess there’s only so much you can do with stripes and they have to justify a new shirt every year.

The kits usually look different in the flesh (for better or worse) than they do on a screen, so we’ll see.

Audenshaw Cherry said: I quite like it. Just saying.

GARYafCb said: Just knew all the old farts would hate it.
i think it’s bloody marvellous.

Danny11 said: So the same as every season, some people like it, some people don’t. That’s what happens with every fan base. I personally quite like this one, I thought last season’s was very bland. But others will think opposite to me. I have generally preferred our away shirts over the past few years, so we will see what that is like in the next few days I guess.

Either way those who don’t like it – don’t have to buy it. – Join the conversation, click here.