Championship play-offs begin, who will win promotion to the Premier League? 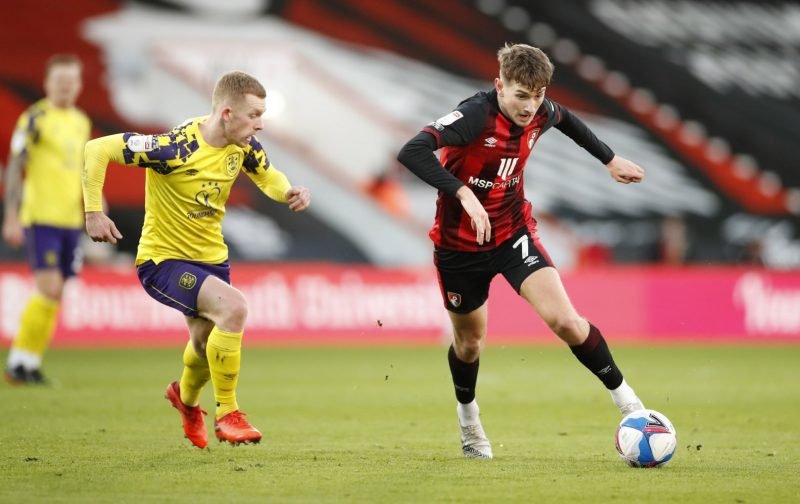 Before going into the game against Stoke City at Dean Court AFCB were in 5th place and on course to face Swansea City in the play-offs. The Cherries fielded probably their strongest side but were beaten 0-2 by a Stoke City team who had a lot of key players out injured. Our team just couldn’t get it together as a team again and were caught napping at times to the ball. The team in 6th place Barnsley took a point at home against promoted Norwich City and will now play the Swans in the first games of the play-offs, with AFCB playing the form side Brentford. All four clubs will be aiming to win that one remaining place to go up into the Premier League.

Jonathan Woodgate and his staff have to get our side back to the form that saw them win seven straight games. The first game is at home at Dean Court at 6 pm on Monday 17th May, which will be in front of a small home crowd of around 2,000 or so, the game is live on Sky. The last time our club were in a play-off game was in the 2010-11 season in League 1. The two automatic promoted clubs up into the Championship were two South coast clubs, Brighton as Champions and Southampton as runners up. Our club went out in the first stage over two games against Huddersfield Town after the home and away games both finished in draws. At Dean Court, it finished 1-1 and at their ground, it finished 3-3 in an exciting encounter. The game finished on penalties, which went 4-2 in Huddersfield Town’s favour. The final place was taken by Peterborough United who beat Huddersfield Town in the final.

Brentford have featured twice in the play-offs, both in the Championship. First time in the 2014-15 season they lost against Middlesbrough over the two games. In the final Middlesbrough met Norwich City, they had beaten rivals Ipswich Town to get there. Norwich City won and went up into the Premier League with the Champions, AFCB and Watford who were runners up. The second and most recent time Brentford lost out in the play-offs, was last season (2019-20). They beat Swansea City over two games and met Fulham in the final, Fulham had beaten another Welsh club, Cardiff City, Fulham beat Brentford and were promoted to the top league.

Going into this game over the last six games, AFCB have beaten Huddersfield Town 1-2, Norwich City 1-3 and Millwall 1-4, all away games. They lost at home 0-1 against our next opponents Brentford, away 1-0 at now relegated Wycombe Wanderers and in our last home game 0-2 against Stoke City. Brentford started off with two home draws, 0-0 against Millwall and 1-1 against Cardiff City. They then won four games in a row, our game mentioned above, then two home games against now relegated Rotherham United 1-0 and promoted Watford 2-0. Their most recent game was away against Bristol City which finished 1-3.

Brentford in their last two away games had 18 shots with 6 on target at Dean Court and at Bristol City’s ground had 14 shots with 5 on target.

AFCB Team News
Still no more news on Junior Stanislas, otherwise hopefully our side have a clean bill of health.

AFCB Player To Watch
Arnaut Danjuma is the joint leading scorer with Dominic Solanke this season for our club with 15 goals in the Championship. Danjuma has played nine less games. In recent games the opposition defenders have shut him out and going into the play-offs we need him scoring and being able to get the ball into the box for others to get scoring chances.

Brentford Team News
They have had a few players out injured but mostly kept the same team in recent games from those that played last time at Dean Court.

Brentford Player To Watch
Ivan Toney had been waiting to get his 30th Championship goal this season, but had a four-game spell without scoring, that included our league game at Dean Court. He finally got that goal via the penalty spot at home against Watford, he then scored in the last game at Bristol City to break the Championship record with 31 goals. So going into our play-off game, Toney has regained his scoring form.

For me, the one positive of our dismal end to the season is that I am now able to view the playoffs with low expectations rather than thinking we should just turn up and blow everyone away. At least this way I won’t be quite so disappointed if we don’t get promotion. If we do, it will come as a very pleasant surprise.

We need to bring our A-game for three games. Could we do it? Yes.
Do I expect us to do it?
With this group of players, I think it unlikely but of course I would love them to prove me wrong!

We made it to the playoffs. For me that was the minimum requirement for this season, all things considered. Anything more than that will be a bonus IMO.

To all those lucky enough to be in the ground, make some noise for the boys !!!
If you can drive the lads on to victory and we can take a decent lead into the second leg, a big day out at Wembley could be on the cards.

I will be watching on from afar, hoping to see our team galvanised by the big prize which is within touching distance now.

After losing their final three games of the season, Bournemouth must rediscover the form which saw them win seven straight league games to secure their top-six spot. However, Brentford are the only side against which Bournemouth manager Jonathan Woodgate has a 100% loss-rate after 3+ personal H2Hs. Both home games within that record ended 0-1.
The first goal could be crucial here, given that five of Bournemouth’s last seven home H2Hs vs the ‘Bees’ have been settled by a 1-0 scoreline. Moreover, Bournemouth have never lost when scoring first here this Championship season (W11, D1).
Brentford are outright favourites to be promoted via the play-offs, but to do so, they will have to overcome their undesirable national record of nine failed play-off appearances in the EFL. Despite that, Brentford head into this in high spirits following a 12-game unbeaten run (including seven clean sheets) to round out the season (W6, D6).
The ‘Bees’ have failed to win their three playoff semi-final away games played in the last decade (D1, L2). Yet, they netted an impressive nine goals in their last three trips this season, winning and scoring first in each game. However, Thomas Frank’s men will not worry even if they concede first, as they picked up 12 away points when doing so in the regular season (W3, D3, L4).
Players to watch: Dominic Solanke scored Bournemouth’s only goal in both league H2Hs this season – he and Phillip Billing also assisted each other for a goal in the Cherries’ last win. Meanwhile, Brentford’s Ivan Toney recently broke the Championship goalscoring record with 31 goals this season, over a third (11) of which were match openers.
Hot stat: The starting match favourite (either team) won/drew in 84.78% of Brentford’s regular-season Championship games (W24, D15, L7). – Join the conversation, click here.