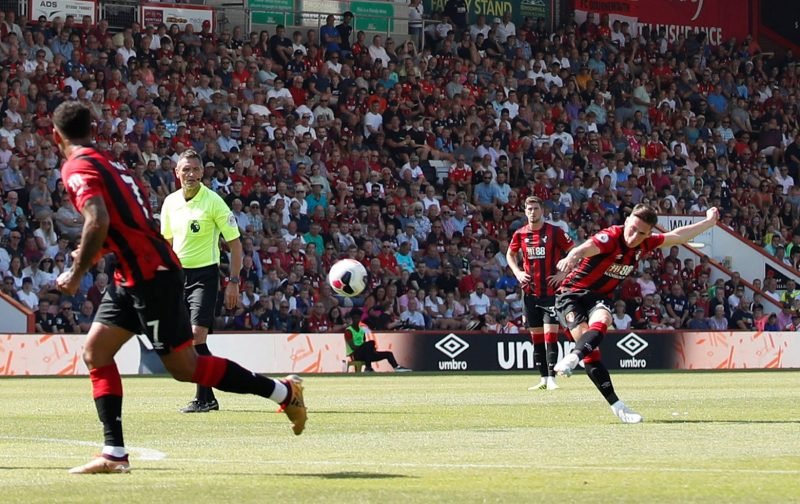 Their manager is the German Daniel Farke who was formally with Borussia Dortmund ll (reserve side) of Borussia Dortmund. He joined the Norfolk side in the Summer of 2017 and in his first season, Norwich City finished in 14th place. The following season they were promoted (see above). In the Summer the Canaries signed five players. Right-back Sam Byram from West Ham for £750,000. Striker Josip Drmic from Borussia Monchengladbach on a free transfer. Manchester City winger Patrick Roberts joins on a season-long loan. Goalkeeper Ralf Fahrmann also joins on a season-long loan from Schalke, as does midfield player Ibrahim Amadou from Sevilla.

Back in the Premier League Norwich have not had the greatest of starts. They have lost all their away games to date, Liverpool 4-1, West Ham 2-0, Burnley 2-0, Crystal Palace 2-0. They have won two home games, Newcastle 3-1 and the big scalp, last year’s Champions Manchester City 3-2. They have lost twice at home, 2-3 against Chelsea and in their last game against fellow promoted side Aston Villa 1-5. After eight games Norwich C are in 19th place with 6 points, 9 places and 5 points behind the Cherries.

This should be a good game to watch if Norwich stick to playing their attacking style of football which won them the Championship title last season. This should suit the Cherries with our style of play and we may see a few goals and hopefully stop the Canaries singing.

The last time the Cherries played the Canaries was back in our first season in the Premier league at Dean Court with AFCB winning 3-0, our goal scorers were Dan Gosling, Charlie Daniels with a penalty and Benik Afobe, remember him? The previous away encounter finished in Norwich City’s favour by 3-1, Steve Cook scored our consolation goal. In all our home games in the leagues against Norwich, AFCB have W 9, D 7, L 11. Of these games, 23 were in Division 3 South. In all competitions, AFCB have W 19, D 15, L 23.

AFCB Team News
No reports of injuries from players on international duty. On a positive note, we could see two players who have been out injured for a while available for selection for the matchday squad on Saturday. They are Adam Smith and Dan Gosling.

AFCB Player To Watch
Will stick with in-form Callum Wilson, scored in 4 of our last 5 Premier League games, including a brace against Everton at Dean Court.

Norwich C Team News
They have been badly hit with injuries and have thirteen players on the injury list, expect some of those to be available for Saturday.

Norwich C Player To Watch
Teemu Pukki the Finland striker who Norwich signed on a free transfer has scored 6 goals so far this season including a hat-trick against Newcastle United. 29 goals last season in the Championship. Scored two goals for Finland on Tuesday.

Lee Mason is the referee.

We had him for the Football League Cup last October at Dean Court against Norwich City. W