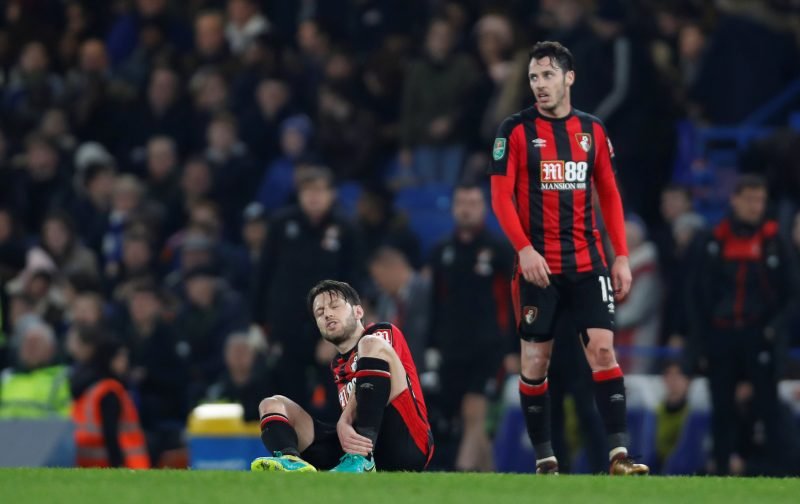 AFC Bournemouth have received an injury boost in regards to the diagnosis given to Cherries full-back Adam Smith.

The 27-year-old had been attempting to take a quick free-kick, but former Cherries team-mate Matt Ritchie was stood in close proximity to Smith, so the fullback attempted to readjust his positioning. But as he did this, something in his right knee gave way and Smith fell to the ground.

Smith received lengthy treatment on the pitch before being stretchered off.

The swelling of the joint delayed a scan to determine the extent of the injury and many had worried about the severity of the damage suffered, with anterior cruciate ligament injuries and medial collateral ligament seemingly commonplace within professional sports.

For example, just at AFC Bournemouth Callum Wilson (both knees), Tyrone Mings and Maxi Gradel have all suffered these injuries in recent seasons. All three players took around nine months minimum to return to Premier League action following their respected injuries.

However, thankfully, AFC Bournemouth full-back Adam Smith has not suffered the same fate.

A brief statement on afcb.co.uk read…

“…following extensive medical assessment, Smith’s injury is not as bad as first feared, and on Saturday the 27-year-old underwent a procedure to repair a cartilage tear in his right knee…”

Following the operation, Smith is expected to be sidelined until February 2019.

I’d say that is really good news! I’m really pleased for Adam, I think he probably presumed that was his season done. Let’s hope he is well looked after and the recovery time given proves to be accurate. It would be great to have him back and firing on all cylinders for the run in. Get well soon Adam and don’t rush things ! – Join the conversation, click here.