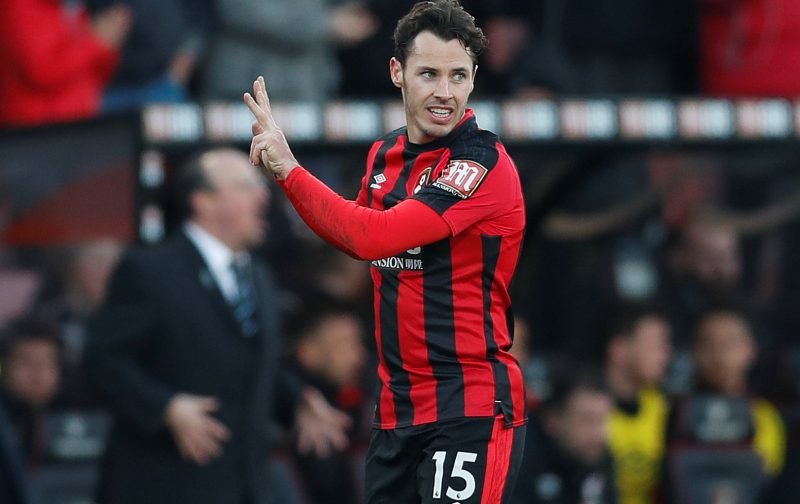 Previously it had been suggested that AFC Bournemouth had received an injury boost in regards to the diagnosis given to Cherries full-back Adam Smith.

The 27-year-old received lengthy treatment on the pitch before being stretchered off.

The swelling of the joint delayed a scan to determine the extent of the injury and many had worried about the severity of the damage suffered, with anterior cruciate ligament injuries and medial collateral ligament seemingly plaguing AFC Bournemouth players in recent years.

But the initial prognosis indicated that whilst Smith had undergone surgery, it had been to repair a cartilage tear in his right knee and not anything as serious as the likes of Callum Wilson or Tyrone Mings in recent seasons.

AFC Bournemouth then went on to indicate that Smith could be back as soon as February 2019.

However, AFC Bournemouth manager Eddie Howe is far more cautious than putting a particular comeback date on Smith and has told the Daily Echo…

“With these type of injuries it is always difficult to give a definitive date when a player will be back,”

“We will encourage him to come back as quickly as we can but we don’t want to put too many timescales on him.

“We have to get his recovery right for his long-term career. We hope to have him back sooner rather than later but there will be a process to go through.”

I’d say that is really good news! I’m really pleased for Adam, I think he probably presumed that was his season done. Let’s hope he is well looked after and the recovery time given proves to be accurate. It would be great to have him back and firing on all cylinders for the run in. Get well soon Adam and don’t rush things ! – Join the conversation, click here.