Eddie throws team to the Wolves 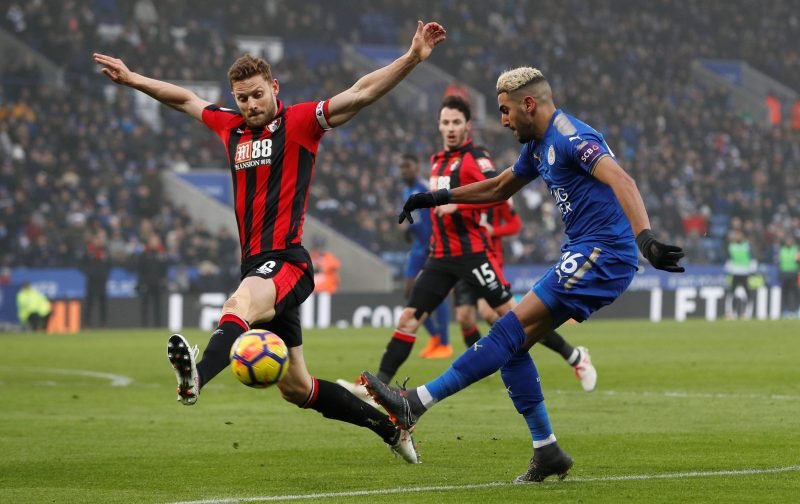 It is always dispiriting when you know the result from the arrival of the team-sheet – it kind of takes the fun out of the pre-match build-up.

In a sadly predictable move, Eddie did his normal when 4-4-2 isn’t working, he and his league one coaching squad dig out the other formation they remember playing together – the 5-4-1. The last twice we have played it we 1)abandoned it after 20 minutes of chasing an average Southampton around a pitch – sacrificing Mepham in a confidence-sapping early substitution and 2) spent the whole game watching Sheff Utd have the ball (and a ball) in a ‘welcome back’ promotion party. Time to dig it out and dust it off again then and in another great nod to nostalgia ‘I know boss – let’s shoehorn Franno back into the side – he’s just what we need against Wolves’ rapid front three’ – ‘Good shout Jason – get the team sheet printed’…..

So that, along with the fact Lerma was very, very tired (we could all see that from how very very tired he looked when he came on, shattered, exhausted….it was a miracle he managed to put one foot in front of another…..let alone boss the midfield as he did) meant we lined up trying to match a system Wolves have perfected with lots of round pegs in square holes. Still, let’s be fair, we only had 14 days to plan for this, no time at all really went like a flash….

The first half was as poor a half of football as we have strung together since that Southampton away game last year – the difference being we got shot of the system last year whereas this year we decided to persevere. Wolves had most of the ball, moved it well, Traore looked like he would skin us alive and we gave away several stupid fouls that put us on the back foot. We couldn’t get out – the difference between the two supposedly ‘identical’ formations were the full-backs – Wolves pushing theirs into all areas of the pitch which created space for their wide-men while ours just stayed in their normal positions making a back five and just not enough players up the pitch to maintain possession so Wolves pressed high. It was embarrassing and once again we rarely got anywhere near the opposition’s goal at home.

Franno was getting taken apart by Jota on the left and brought the wide man down with a misplaced tackle on the edge of the box. MOUTINHO made the most of the opportunity by whipping in a phenomenal free-kick from very wide over Ramsdale and into his top right corner. Nothing changed for Bournemouth with the players looking more and more confused as the options around them grew less and less – all our spare players were at the back so that is where the ball went frequently before being lost. Another free-kick given in panic at Traore was taken quickly – completely catching out Harry who had switched off leaving the flying winger away to cross to JIMINEZ who waltzed between three static centre halfs to score. If a pub team conceded that they would have had the sausage rolls put back in the freezer.

You would have liked to have thought it couldn’t get worse but that would have been a massively incorrect assumption. Franno, for who 600 games are not enough experience, though that a very visible shirt pull while on a yellow in a tetchy game was a good idea but unfortunately the only people agreeing with him in the stadium talked like Noddy Holder and dressed in yellow. That, in a comeback only beaten for crapness this year by Nigel Benn, was that for our skipper although unbelievably he got a consoling pat from Eddie (more on that later).

At least Eddie tried to change things in the second half. Danjuma and Lerma arriving for a very out of sorts Billing and Wilson. Lerma immediately brought back control of the game (despite his very visible extreme exhaustion from Thursdays 7-hour business class flight catching up with the Crown on Netflix). Danjuma also brought pace and invention that an out of position Harry can’t bring. We had a 4-2-3 formation with the front three interchanging. It looked good – but unfortunately, it’s only in the emergency manual so don’t expect to see the three-man front line that the top five of this division play again.

We finally had the ability to get the ball down the other end of the pitch and the legs to win it back. Callum was holding it up better and wee-man and Danjuma were playing off him – the full-backs pushed forwards and Wolves were rocked on their heels. We got an earlyish goal when COOK headed home Fraser’s corner with a flick and then had a right go. The big opportunity came and went when Ake was left unmarked in the box but his powerful bicycle kick was right at Patricio and he pushed it out with alarm. Fraser flashed one just wide and it really did look like a goal would come.

Wolves were forced to play on the break and Bournemouth were indebted to Ramsdale for a world-class save to deny Jota. There was always going to be one more chance, with Ramsdale coming up for corners and Cook moved up front – it was like a cup tie (except we weren’t playing a whole disenchanted reserve team). The chance came to Danjuma who unfortunately chose that moment to put his first foot wrong of the match blazing well wide when it had to come back across goal.

Ramsdale 7 – Great save and not at fault with the goals.

Smith 5 – Lost in the formation – better in the second half
Ake 6 – Tougher afternoon than normal removed from the centre he thrives in.
Cook 7 – Kept fighting, winning the ball and scored the goal.
Francis 3 – Appalling display from a skipper on and off the ball.
Rico 6 – He grew into the game after a shaky opening v Traore

Wilson 4 – Just not in the right position and looks a shadow of player for Wales
Billing 4 – The performance Huddersfield fans warned us about.
Cook 6 – Played in spits and starts but hugely out-numbered by formation.
Fraser 4 – Continues to ‘phone in’ his performance

Wilson 5 – Battled manfully when he had a bit of support second half.
(Subs – Danjuma 8 – finally entertainment – Lerma 7 – finally fight despite apparently being in a near coma)

Verdict
Christ – where do you start. My concerns that the management and coaching of our team are becoming stale and predictable is well documented but today brought home many examples of that which we have to change really quickly as it has become too frequent in the last year. There were many mistakes today that are just too obvious and should never have happened. Breaking these down:
1) There is absolutely no point matching a formation with a team that has perfected it. You lose your unique advantages and you send a very dangerous message to your players that you are not good enough to play your way.
2) This is particularly true when your own record of playing this system is abysmal and you and your coaches don’t understand the role of the full-back in it so you end up playing it at its worst incarnation, not its best.
3) When you are looking at the lineup and realise you are not doubling up on a player that has caused you infinite problems before and he is up against your left-back who is not as quick as him you have to realise it’s not the right formation.
4) To bring in a veteran slow player against a quick forward is also madness. Jota and Traore were always going to get past their full-backs and run at Franno and Ake – we knew Ake would cope but Franno was always going to suffer like we made Mepham suffer at Leicester.
5) Our current defensive formation has actually looked quite solid recently – it wasn’t the problem. The problem was scoring goals but we withdrew a forward position to play a defensive one.
6) Harry Wilson who looked great for Wales in the number ten slot was back on the wing where he has looked lame. He could have been in the ten slot for us with Danjuma starting.
7) We have to lose this unique obsession we have that players can’t play after a Thursday flight. We play regularly against whole teams that have flown back on a Thursday. With his inevitable two suspensions a year if we don’t play Lerma after a break then we lose our best player for 7-8 games a season. It’s nonsense as he proved. Start him and take him off if you are worried.
8)We have to play three in midfield. We can’t keep getting overran and looked stretched – its rank amateur.
9) Why have we not got a player as talented as Danjuma ready and starting? It’s nearly December. Let’s hope he is not another talent we waste and let’s hope we don’t coach his individualism out of him by coaches who couldn’t touch his ability as players.
10) Franno let us down hugely today. What he did was inexcusable. If you want an indication of the cosiness and old boys network at this club Eddie walked to him and patted him on the shoulder with consolation. What message does this send out? He should have been blanked – he just cost us the game with planned stupidity.

These points are clear to the majority of fans – the comments before the game were very telling. Our management team have to be better than not spotting these things. At the moment, for the first time in our history, we have a playing squad far more talented than those coaching them and it is showing. 12 months of inconsistencies, blatant errors, bland interviews saying we got it wrong but will be working on it, league one tactics and an insistence that two can play against three in the engine room and players not playing anywhere near their talent and potential.

It’s not the squad that need to look hard at themselves after this game it’s Eddie and his team. Playing on the break at home, scared to get anyone forwards, reserves in all the cup games we have become WestBrom-lite – time to go back to the spirit and possession football he brought us up with. He has the players to do it.

“his league one coaching squad”

Oh, Neil…..come on….now if anything is a sadly predictable move, it’s you saying this after a defeat.

It’s a shame you have to go down to that level…..I actually agree with the ten points you made at the end of the report. – Join the conversation, click here.

3 Replies to “Eddie throws team to the Wolves”