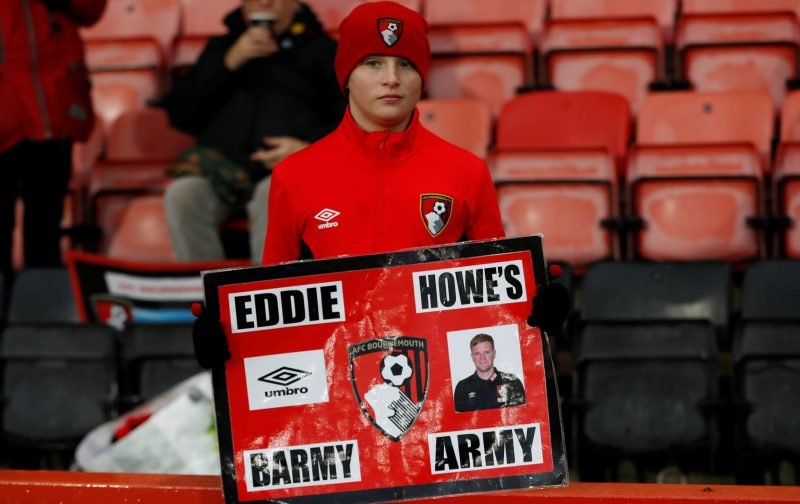 Interesting figures about our away support last season from the old bill.

Just under 1600 average away following, which is a slight fall on the previous season and down from 2,200 in our first Premier League season. Not bad against our historic followings but does go to show that you can go to almost as many games as you like without having to worry too much about away points.

That’s not strictly accurate Derek, people with no points won’t get tickets for Saints, Brighton or the big London clubs away. I’m one of those people who does pick and choose what away games I do and I rarely go north of Birmingham anymore but I feel I have the right to do that because I was there doing the dirty northern trips in League 2 like Scunthorpe and Lincoln.

Average away following of 1600 mostly regulars.

Half the time we request only the half allocation of 1500 or so.

Still rather hard to break into the points club unless you’re prepared to go well up north right off the bat. Anyone wanting to dip their toe into a first away games in London will struggle.

I’m pretty sure most games went to General Sale last season, as folk are now being more selective with their away games, as most will have ‘ticked off’ the ones they wanted, a couple of years back, and I count myself as one of these folk.

Now… I’ll just go back to my 7-9 awaydays per season. Looking forward to Wolves and hopefully Fulham next year

Living in Manchester I ONLY go to away matches. (0 points for home matches) My son and I clocked up 16 matches each this year (others missed due to holidays, Brighton being on News Years Day and Chelsea being a midweek match) and have a) found it easy to get tickets now (after a very difficult 1st season) b) enjoyed the atmosphere at all the matches. The lesson we learned is that you need a 2 season plan at the beginning. If you plan ahead and go to the games you can get into in season 1 you will be able to get to any away game you want by season 2.

So after everyone going the first season on the basis of we might not ever get the chance again it has settled to about 1600 per game for the last 2 seasons. That’s pretty good really I think. As supporters, we have further than most teams to travel and with the timings of games, I think our support has been good.
The first season I did them all inc Manchester United twice! The last two seasons it has been 10 and 9 respectively (plus Chelsea in the cup this year). Probably be about the same next season. A weekend away in Newcastle is already pencilled in.

Newcastle is indeed a great place for a weekend and we have won the last two up there!

But the serious point is how much EXTRA the Premier League costs to travel away.

One of the biggest factors is waiting for kick-off time and day to be confirmed.

I compared the weekend going to see Sunderland in 2016/17 with the Newcastle weekend in 2017/18. As I stayed in Newcastle for Sunderland and bought a day ticket for the metro, it was more or less the same trip, the same number of nights, food costs, etc. But the cost was almost 50% higher. Why? Because I had to wait closer to the day for the fixtures to come out. The fares had gone up, the hotels were more expensive.

For those who say, buy re-bookable tickets and changeable hotels. Well, those tickets cost more in the first place and you still have to pay the difference between the original fare and the current fare, if there is one (and there almost always is). So that is no answer.

Sometimes kick off changes make travel impossible or difficult anyway. The return coach trip to Liverpool from leaving Poole to getting back again was 20-something hours.

I missed Fulham away in the promotion season because I simply could not afford a new ticket when it was switched late in the day to Friday night and I was looking forward to swanning into London on Saturday morning.

The biggest irony, perhaps, is that one of the cheapest trips of the Premier League seasons so far was getting home after the Old Trafford inept bomb-scare thingy and immediately getting a very cheap trip back.

Sitting at home watching on the interweb is no substitute for being there, but I don’t blame anyone who cuts down their travel on cost grounds. I have had to think hard and long about attending some fixtures and I will continue to be forced to do so.