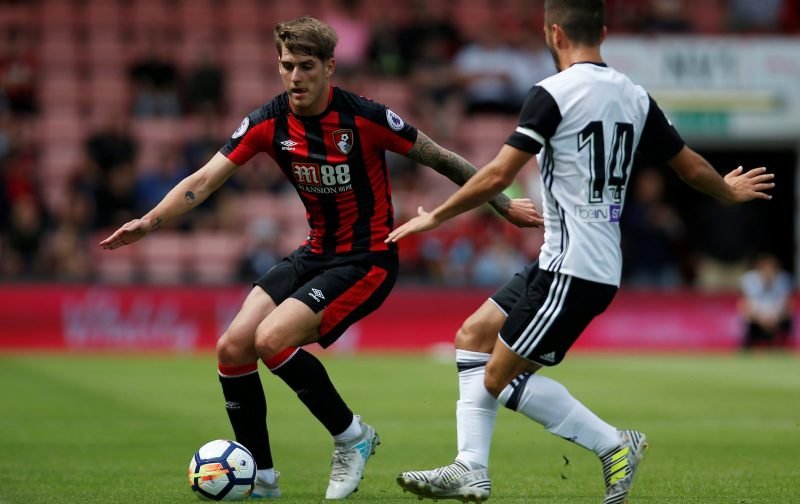 Down the years at AFC Bournemouth, manager Eddie Howe has liked his wingers.

From Liam Feeney, signed from Salisbury City during the League Two days, to Marc Pugh signing from Hereford Town nine years ago, right through to Ryan Fraser from Aberdeen and David Brooks from Sheffield United, Howe likes to sign a good winger.

He looks for raw pace, trickery, ball control and often the ability to cut inside and use either foot.

It has been a mainstay of Howe’s philosophy at Dean Court.

Ahead of the 2019/20 Premier League campaign, the more obvious contenders from roles on either flank are currently Ryan Fraser, despite his current contract situation and David Brooks.

Beyond that, it’s Junior Stanislas and Jordon Ibe, with Pugh saying his emotional goodbyes this month.

Could there be room for one more even if Fraser does stay on the south coast?

One contender could be 22-year-old Connor Mahoney.

That fee could rise to close to £1million if Mahoney were to make 50 appearances for the Cherries.

A further £250,000 will be due if he breaks into the England fold and Blackburn Rovers hold a 20% sell on clause.

Thus far, Mahoney has made just two appearances for the Cherries, both coming in the FA Cup. However, he has enjoyed regular football at Barnsley and Birmingham on loan.

“I think it was a big call for him to choose Birmingham in the end. A Championship club with very good players there so he’s had to be patient initially to get his opportunity in the team.

“He’s had to fight and scrap to get those moments on the pitch but then once he did I think he played really well towards the back end of the season, created a number of goals for them.

“Not an easy thing to do as a young player so very, very pleased for him and with him. He’s another player I’ll be sitting down with to discuss the next step…”

“…It gives us confidence that Connor can come back here and be part of our future.

He’s had exactly what was needed, some time on the pitch, learning his trade… Definitely worth a look pre-season… The message that seems to be coming out of the club is that we’d rather let Fraser walk for free and keep him next season, than cash in now… If this is the case then maybe we only need one more winger, to cover, with Ibe and Brooks also inbox the frame…

Stanislas is just too injury prone to be considered a serious option for us these days… Mahoney could force his way in, but will he want to spend the season on the bench if it doesn’t work out for him…? – Join the conversation, click here.