Will Ibe squander his chance whilst picking up a nice pay cheque? 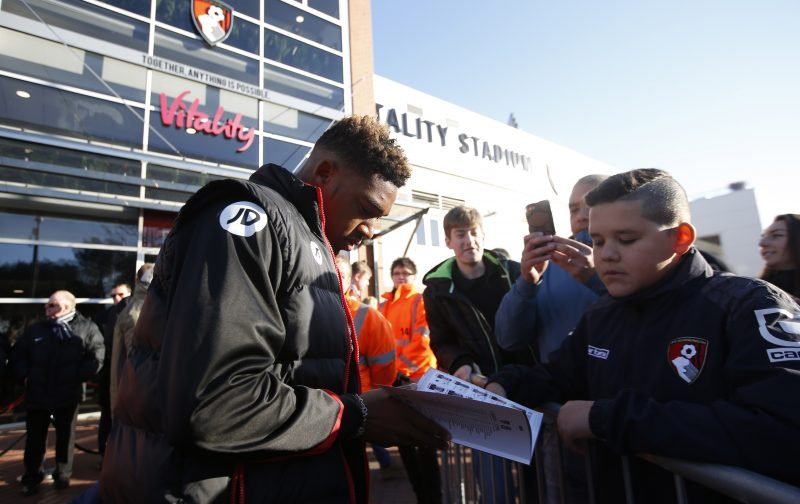 When Jordon Ibe made the switch from Liverpool to AFC Bournemouth in July 2016 for a reported fee of £15million, the winger became the Cherries club record signing.

Over the past two and a half years that tag has since been passed on to Nathan Ake (£20million from Chelsea) and more recently Jefferson Lerma (£25million from Levante).

But whilst Ake and Lerma have already lived up to their price tags, Jordon Ibe is still trying to live up to his potential.

Now 22-years-old, he still has plenty of time in his career to achieve that, but a stuttering career on the south coast has not helped and the pressure has continued to build.

He has made 62 Premier League appearances to-date as an AFC Bournemouth player, including 36 starts, with the most recent coming before the international break against Newcastle United.

He has played 3,208 minutes, scored 2 goals and claimed 6 assists, all of which came during the 2017/18 campaign, with no direct influence on goals scored this season or during his first season in a Cherries shirt.

Far too many of his appearances he has flattered to deceive and Ibe confesses that he needs to work harder to keep hold of his place in the AFC Bournemouth squad with competition from David Brooks, Ryan Fraser and Junior Stanislas in the wide positions.

“…I need to work much harder.

“When I get the chances on the pitch I need to take them. I didn’t take them on Saturday (against Newcastle United) – that’s how it goes sometimes.

“I can always do better and that comes from the training pitch.

“I need to keep pushing hard…”

Good that he at least acknowledges that he is not doing enough but as others have said, why has he still not done anything about it? I’m sure Jordon is a fun guy to have around, always seems to be larking about in the training videos. I’m also sure he has not managed to have the career he has had by being an idiot.

I still get the feeling though that he has had it too easy in his career and has never really had to work hard for any success he has had. He wouldn’t be the first player to have a career solely based on natural talent but we have often seen that these types of players frustratingly never reach their full potential. That only happens if they add effort to their natural ability. That is Jordon’s challenge. Does he want to maximise his potential ( then he needs to get his head down and work damn hard ) or is he content to squander it whilst picking up a nice pay cheque? These are the best years of his playing career. It’s now or never Jordon. Don’t waste the obvious talent you have, you haven’t reached the summit yet, there is more you can achieve, you just have to be prepared to work for it.

I hope to see some improvement soon. Talk in the press is cheap. Let’s see some desire. I’m sure he would be getting A LOT less grief on here if we all felt that he was at least giving 100% effort in every game and in every aspect of improving himself as a player.- Join the conversation, click here.

Accept Ibe for what he is, or move him on?