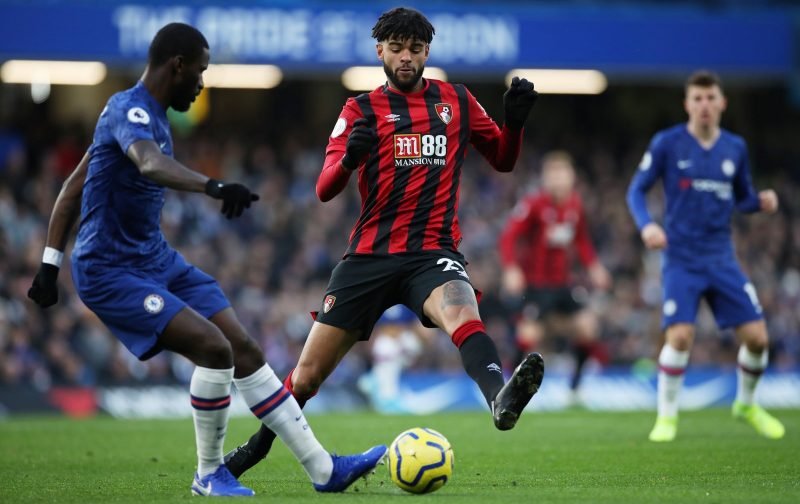 No doubt like others on here, I hate Burnley, the Premier league and VAR.
A game which were well in was ruined by VAR.
I also have newfound hate of Burnley fans.

Will it ever stop raining? Another hideous, cold, rainy day and long journey for the faithful Cherries support.

The team sprang a few surprises with no Ake in the line up (concussion) nor Lerma (back). Francis and the returning Cook were in central defence with a welcome return for Stacey at right-back but meaning that Smith moved to left-back to replace an in form Rico. 3 in midfield but still no L. Cook with Gosling, Billing and Surman preferred. Fraser was moved to the bench to allow King to return in a 433 formation.

The match started brightly with both teams on the front foot. Burnley threatened with direct balls bypassing the midfield and putting pressure on our centre backs. Both cook and Francis coped well with the high balls initially with Ramsdale on excellent form again when the defence were penetrated. Our boys pushed Burnley back for the majority of the first half and had the majority of possession.

Wilson struck a powerful shot which was saved by the legs of Pope but shortly after, a corner was swung in and after a bit of pinball King stuck the ball into the net. The teams made their way back to their half, I turned to the person next to me and commented on how VAR stops you celebrating. It was then that the big screen told us that a handball was being checked and shortly after the goal was ruled out. It was impossible for the visiting fans to see but the whole process takes so long.

Burnley made several quick breaks forward and on a couple of occasions, Francis and Cook were indebted to Rambo who made some excellent saves and blocks. Quick balls forward are our nemesis and Burnley tried to exploit this weakness. Both sets of fans heralded their keepers as England’s number 1…

Cherries fans were probably pleased to hear the half time whistle as Burnley had begun to grow more into the game.

HT 0-0
A good effort from our boys and we were well in the game
The Smith-King partnership wasn’t working too well in an attacking sense as Smith was always stopping to cut back onto his right foot. Otherwise, we were competing well in midfield and both Wilson’s were looking lively.

The 2nd half started in a similar fashion to the 1st but following a quick breakaway, Francis failed to hold up Vydra and the forward cut back inside to smash the ball past Rambo into the net. Burnley then started to gain control and were beginning to dominate the midfield, often out muscling Surman and Gosling. Billing was still attempting to maintain a physical presence. Cherries when in possession were often faced with 11 behind the ball and lacked a cutting edge. As always choosing another pass when a shot might have been on.

And then the main event of the half …. a shot was blocked in the Cherries area and then cleared to Callum who had space to run into. When the fans were screaming for him to shoot, he delayed and then slid a ball through for his namesake to pass into the net. It was a deserved equaliser but the joy was short-lived as once again VAR intervened. Smith was adjudged to have handled the ball in Burnley’s previous attack and so the goal was ruled out and Burnley were instead awarded a penalty. Rodrigues made no mistake with the spot-kick and the match was effectively over. The goading of the Burnley fans was hard to take. If we do go down, then it will give me some comfort not to have to return to this northern backwater and I will be supporting whoever they play.

There was still time for McNeil to curl a shot against the inside of the post and then having adjusted his radar, smash another one past Rambo and into the net to put an unrewarding gloss on the scoreline. There was also still time for Wilson to smash wide after a quick counter.

Rambo 9- did everything he could. No chance with goals. MOM
Smith 6- competent showing at left-back but would Rico have been better going forward?
Cook – 6 did most things ok
Francis 5- as Cook really but got worse as the match went on with passing and was unsurprisingly outpaced at times
Stacey 6 some good forward runs and a couple of shots too
Gosling- 6 I’m not sure he did much bad, but not much good either
Surman 5 outfought on occasions and shrugged off-the-ball too easily
Billing 6- he adds some physicality but I’d like more than that. Had a couple of shots easily saved. Looks slow to react sometimes and rather one-paced
King 6 scored a “goal” but lost impact out wide today
Harry W 6- took “goal” well. Drifted inside to good effect. Looks the only player who might create something different
Callum 6 – looks to be getting back somewhere near to his potential. Caused a nuisance, held up the ball well at times, door “assist”

So with Villa losing and Brighton getting a point and before West Ham, Watford and Norwich play, it’s pretty much as you were… – Join the conversation, click here.

One Reply to “Wild(er) Fury at VAR”