Why do Bournemouth not take the FA Cup seriously? 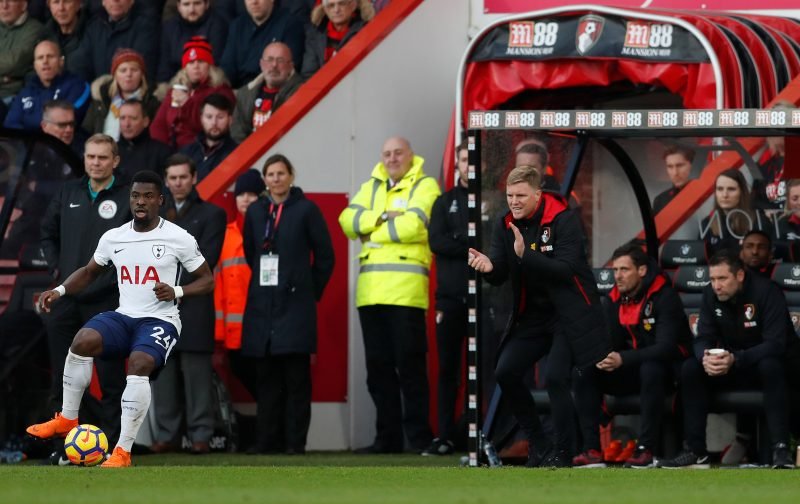 Whilst not trying to be too negative, AFC Bournemouth are not going to win the Premier League,  they probably won’t make the UEFA Europa League either and it is hard to disagree with the sentiment they aren’t going to get relegated, so why for the third season in a row have the Cherries exited at the 3rd round stage of the greatest cup competition in the world?

AFC Bournemouth have another 7 days until their next game so could have put out a stronger team, although, in fairness, we have had a packed few weeks.

Why don’t AFC Bournemouth go for it in this cup when really they are a club that should be pushing to win it?

Positives
Brooks has gone from being a player we thought would only get a start in the FA Cup third round to the go-to man in a time of crisis. And looks every inch that player.

Clyne will be an excellent right back in our system when the team is firing.

Pugh will be there doing Marc Pugh things if we need to call upon him again.

Negatives
Boruc. Oh dear, oh dear, oh dear. Just watch him on the corner for the third goal. Never mind the terrible marking and so on, that was schoolboy goalkeeping.

On that subject, whoever organises the defence for corners on the pitch needs to take a long, hard look at themselves.

Mousset had a horror show of a performance. As the only senior striker in the matchday squad, Howe put a huge amount of faith in him to turn up and that was the worst I’ve ever seen him play. Nobody wants to get a reputation as only being able to perform from the bench but that was completely unacceptable today, even on the level of the very basics.

Rico had a genuine opportunity to stake a claim for a first-team spot today and totally fluffed it. That two minutes where he was in acres of space with four men in the box to aim at and he sent it straight out of play followed by running offside to a through ball when he could see all the way along the line resulted in him being subbed two minutes later. He’s starting to worry me.

Our shots conceded to goals conceded rate must be near record levels. I think Brighton had five attacks in the whole game.

Howe has finally lost his unbeaten record against Infrastructure FC.

Inbetweenies
Ibe had a weird match. One minute he was sliding past people, getting shots away or bringing the ball down with perfect control the next he was misjudging the ball to such an extent that he didn’t even touch it when trying to trap it. Subbed as Stanislas was the obvious option from the bench and you wouldn’t want to take Fraser off.

The two youngsters would be harsh to judge on one of our now traditional FA Cup third round performances so I’ll give them a pass.

Surman was on the pitch. He recycled the ball. A few decent passes and a few stray ones. Not a lot of impact either way really. Also, Fraser lacked his usual vim.

“It follows the pattern of recent weeks where for half an hour I thought we were the better team but didn’t break them down well enough or ask more questions of their goalkeeper. We were fine in the game and then suddenly, with their first shot on target, Brighton score. We wobbled a bit, conceded again, and from then it was a tough afternoon.

“Games always swing on small moments and we hadn’t created an abundance of chances but the one that came just before their first goal was a key moment in the match. We haven’t been clinical at one end and we’ve been easy to score against at the other so that needs to change.

“We’re going to go away and work on the training ground for the first time in a long time and try to put everything right.

Brooks showed me he’d be capable playing Central Midfield in the Premier League, preferably next to Jefferson Lerma rather Andrew Surman though. Incredible talent!

The performance probably wasn’t as bad as made out. Jack Simpson looked good, Diego Rico was better than recent games and Nathaniel Clyne looks like he’ll be perfect for us.

It didn’t really click as a team which isn’t that surprising but clearly certain players need to up their game pronto. – Join the conversation, click here.