When will we see Lerma and Rico? 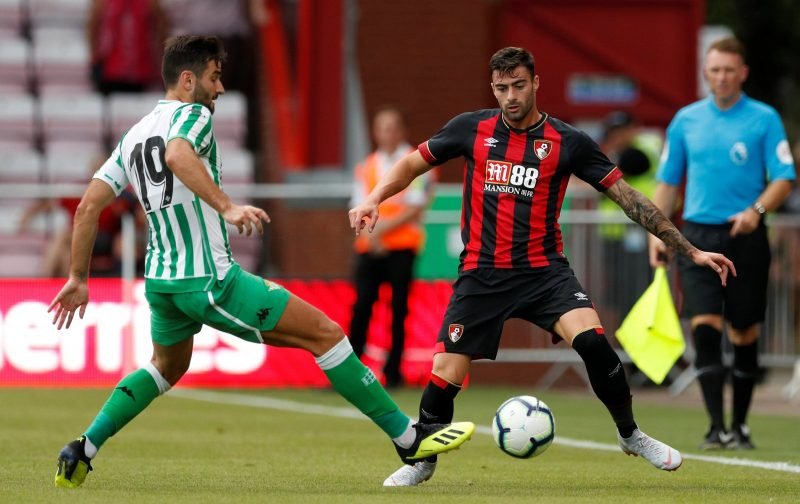 AFC Bournemouth spent in-excess of £45million on three players over the summer with David Brooks, Diego Rico and Jefferson Lerma all making the move to the south coast.

But when will we see all three of them in a Cherries shirt?

Brooks made his Premier League debut on the opening day of the season against Cardiff City, following in the footsteps of Lewis Cook and Joshua King, who somewhat broke the mould in breaking into the Cherries starting XI without a long period on the bench “settling in”.

Will Rico and Lerma walk straight into the side like Brooks, or will they go through a long period of watching and learning?

AFC Bournemouth manager Eddie Howe has refused to give much away but has referred to the positives gained from Rico serving a suspension and Lerma not being match fit having missed pre-season due to the World Cup.

“I think it was hugely beneficial for them to see how we play and certain things they would do here they wouldn’t do with other clubs.

“…For me, a slow integration is much more healthy. Huge changes are not conducive to success for us, we have known that previously.”

Will a slow integration see Cherries fans waiting for a glimpse of their new record signing?

Just Eddie’s way of teaching them the ‘Eddie/AFCB’ way, so when they get their chance they will fit straight into our way of playing. Also while they are watching us they will get an idea of our referees and what they may or may not get away with. Rico received two yellows in his last game at his old club and Lerma has picked up a number of yellows, which we don’t want turning into reds. – Join the conversation, click here.