Waiting for an opportunity 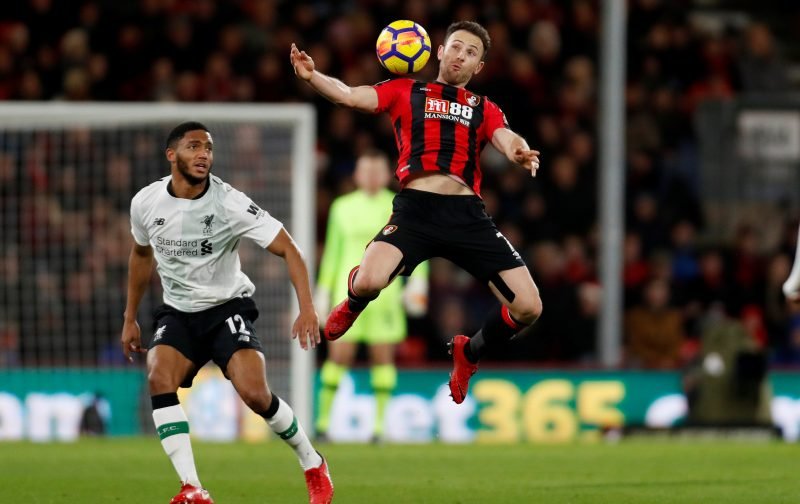 At the end of the current season, Marc Pugh will have spent the last eight years at AFC Bournemouth.

In August 2010 the Football Association set a fee of an initial £60,000, with an additional £40,000 in staged appearance related payments, after Pugh opted to switch Hereford United for AFC Bournemouth.

In that time he has played and scored in the top three tiers of English football.

He has played a key role in the Cherries climb from the lower leagues to the Premier League, but since promotion to the top flight Pugh has found his chances limited.

Those minutes came across 7 appearances during the second half of the 2017/18 campaign, 3 starts, 4 substitute appearances and none thus far this season.

In 2018/19, his only appearances to date have been in the EFL Cup, with a substitute appearance against Blackburn Rovers and a rare start against Norwich City.

Despite impressing many of those in attendance last week in the EFL Cup, on Saturday, he dropped back out of the starting XI and the matchday squad altogether for the visit of Manchester United.

“…When you are running on a Saturday morning and the lads are due to play a Premier League game, you’re thinking ‘I could be out there, I want to be out there’.

“You don’t want to just pick up your wage as a player. You want to be playing football and that’s the most important thing to me.

“I will never get used to it. It drives me round the bend when I’m not playing…”

“…I feel like the more games I get, the stronger I get. I am waiting for my opportunity now.”

Eddie Howe will do what he always does in such situations – he’ll tell Marc Pugh that he’s welcome to stay at AFC Bournemouth, but cannot guarantee any 1st team football. That will force Pughie to look elsewhere, and he’ll probably end up at a Championship club such as Burnley or Southampton 😉 – Join the conversation, click here.