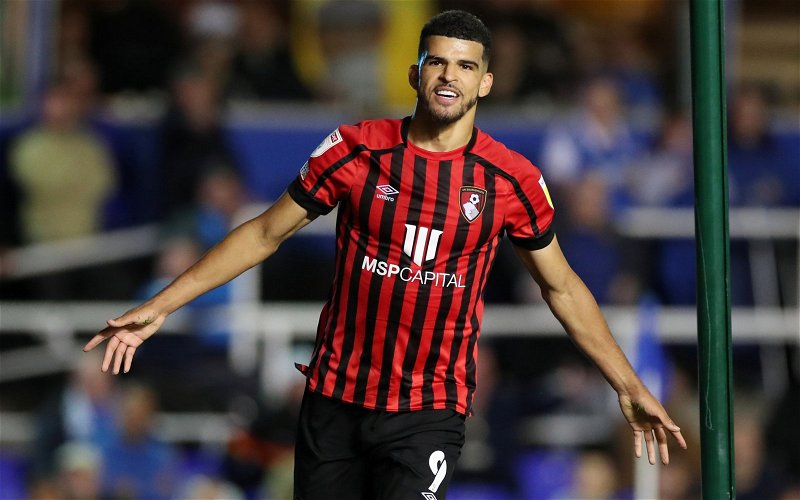 I’ve pointed out negatives in some of the recent performances but this time I’m full of praise. In a match between two sides containing both quality and battlers, and with the elements having their say, we needed to be strong and brave as well as good on the ball. And we were.

At the end of a season, it’s matches like this you sometimes look back on and say that is where the season was won/lost. It feels like a real endorsement of the work being done.

The resolute solidity at the back is something we haven’t seen at AFCB for… actually, I can’t remember when we saw it last. Pre-Howe for sure.

Beaten one of the favouries for promotion? Check
Come from behind? Check
Still unbeaten? Check
Top of the table? Check

Well played the team. Because that’s what that was. A team win. Well done to the management as well.

Honourable mention to Billing for one of the most satisfying sliding tackles/blocks I’ve seen in a long time.

Positives: Pearson (immense), Christie (creative and battling) and Cahill (so organised, we should call him the Filofax)

Room to improve: I don’t want to single anyone out from a great team performance.

Positives:
-every player, to a man, is fighting for the cause like their life depends on it. This was severely lacking at times last season but Scott Parker has really instilled a togetherness and fight into this group of players. Even Billing pressing like a madman, for this Parker deserves great credit.
-when we do have spells and phases in games we look very threatening, we look capable of carving teams open when we are having these spells. These spells within games also seem to go hand in hand with a noticeable increase in our intensity both on and off the ball. If we can work out how to sustain these periods of intensity for longer periods throughout games then we are laughing….

Negatives:
-we are also having extended periods during games in which we look quite laboured and are essentially just holding onto possession for the sake of having possession. This style of football can only be effective from an attacking perspective if played at a very high intensity: pressing high as a team at every opportunity, switching play as quickly as possible at every opportunity, moving the ball quickly and working in rotating triangles when out wide, turning the ball regularly into the channels with quality to move us into the opposition third. If we are off our game at any point with any of these aspects then we can look, for want of a better word ‘lacklustre,’ and not like creating anything. We don’t really have the players to play our way through the lines and up the pitch so this ‘intensity’ is pivotal to the way we play.
-The way we are setting ourselves up to hold onto leads is suicidal and only luck is seeing us through right now, that will catch up with us. If we had a back four full of Gary Cahill’s in might be feasible, but we don’t. We have a five-foot something left back frequently defending against a giant at the back post. We have a centre back in Kelly who despite looking very good for long spells, will then make incredibly bizarre decisions or have severe lapses in concentration/positioning. His defending for the chance that hit the bar was crazy, letting the ball travel across the six-yard box is one of the first thing you are taught as a young defender NOT to do. I know he was facing his own goal at the time (positioning debatable as it wasn’t hard to see that situation unfolding) but he could have quite easily dealt with that situation by getting the ball to safety in my opinion. Just an example, but if we’re going to be defending our area for extended spells and not concede then we need defenders who can stay focused and make better decisions than what we have in the squad (Cahill excluded.)
So it’s been a good start, but let’s not pretend there isn’t quite a bit to work on in terms of performances.

Player ratings
Travers-6- not a great deal to do, they scored from their only shot on target. Doesn’t look comfortable commanding his area though, needs to do better in certain situations.
Zemura-6- didn’t contribute a lot offensively in the first half but came alive in the second. Could have had a goal and an assist on another day. Not the best defending for the goal.
Smith-7 – didn’t offer a great deal going forward but thought he was pretty solid defensively today. Worked hard to close down the spaces out wide.
Kelly-6- very good for long spells but defended poorly at vital moments, got away with it today. A lapse of concentration in the first half allowed Sharp to get in. Out of position for the goal. What on earth was he doing letting the ball run across the six-yard box for the Mousset chance? He got very lucky today.
Cahill- 8- didn’t put a foot wrong. At this level, you won’t find a better centre back, perfect reading of the game and headed everything.
Pearson- 7- worked tirelessly. Some vital defensive contributions. Quality on the ball lacking at times.
Lerma- 7- see Pearson really. Can’t ever fault his work rate, not sure he is suited to an advanced role from an offensive perspective. He’s a battler, a very good one, but that’s it.
Billing- 6.5- didn’t think he got into the game an awful lot, but again made a vital contribution. Would like to see him getting on the ball more in advanced areas, needs to impose himself on games more.
Anthony- 6- worked hard as always, a few nice touches. Nice cut back in the first-half unlucky not to result in a goal.
Christie- 8 MOTM- oozes class. Only player producing any kind of quality in the first half. Another very clever assist, timing and execution perfect. Always looks a threat on the ball. Never stopped running either. Our most talented player in my opinion.
Solanke- 7.5- we leave him very isolated for long spells but he never ever lets his head drop. Should have scored early in the first half, a great run to win the penalty and dispatched it nicely. Held the ball up well.
Lowe- 7- like the look of him, very quick and likes running with the ball. Won a few 50-50’s and posed them a threat in behind. Would like to see more of him.
Mepham- 8- not his biggest fan but pretty faultless when he came on, won headers and made interceptions. Played an important part in holding out.
Stacey- 6- ran about a bit.
Parker- 6- again we had a good spell in the game but looked pretty lacklustre for large periods, his tactics when defending a lead are very very risky and will come back to bite us.
The Ref- 3- since when does a defensive walk have to stand 15 yards from the ball at a free-kick? Made a point not to let Zemura steal a single yard on a throw-in, then penalised him. From the resultant throw, the Sheff U player stole about six yards and he did nothing. Got the penalty right to be fair.

A fantastic response to going behind, a real “refuse to lose” mentality becoming apparent. After a long time, I feel as though I support a team of players I like and am proud to have playing for AFCB.

Such a turnaround in such a short space of time is most unexpected and possibly unprecedented (?).

Massive credit to all involved in putting past problems to bed and moving forward with a common purpose. A lot of clubs never recover from getting relegated from the PL but it looks as though in our second season here we will be one of the hot favourites for promotion. We are not just getting the required results but we are showing great character in doing so. We seem to have what Norwich had last season and what ultimately put them ahead of all others.

I think we can start to believe. I think this team has what it takes to get automatic promotion ( barring disasters ). – Join the conversation, click here.