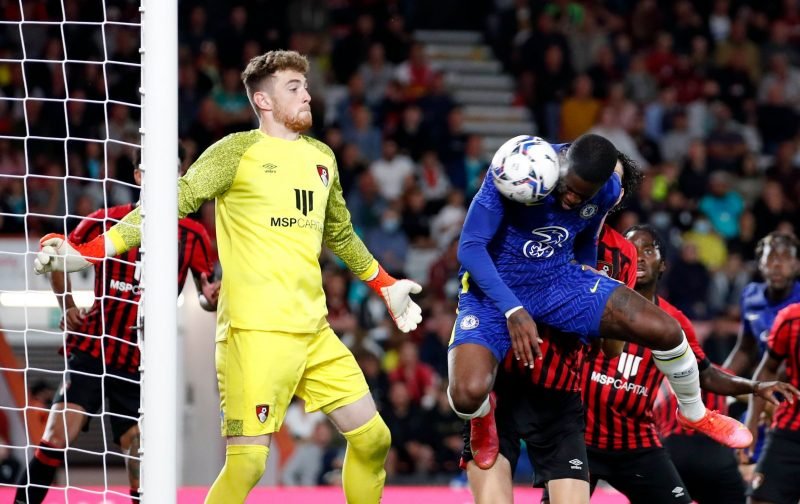 An analysis of today

Lack of experience/nous:
I’ll start off with an obvious one. Our younger players are clearly immensely talented and have already shown in a short space of time that they are all good enough to make an impact at this level, I don’t think that anybody can debate that. However, the reality is that if you are playing with a side that has an average age of under 23 game after game then sooner or later this lack of experience is going to catch up with you. This is in no way a criticism of the younger lads, far from it. I think it’s unrealistic to expect such a young side to be able to maintain the levels we have been every single week. Blackpool were a poor side, after we went 2-0 up I believe the players downed tools to an extent (subconsciously and not intentionally) and thought it would be a walk in the park. We would have won comfortably today if there were one or two senior heads/leaders in the team who would have been able to keep the younger lads grounded and to help them to stand firm when the momentum of the game began to change. I am one hundred percent certain that we win that game if Gary Cahill is playing. Again this is not a criticism, a lot of these lads aren’t even into double figures for league games yet, there were always going to be moments where lack of nous would prove costly.

A tactical reliance on Kilkenny:
This worried me more than the first point. A lack of experience can be addressed but after closely watching our tactical setup in these opening weeks it has become clear to me that there is a glaring weakness; stop Kilkenny from getting the ball and you stop us from playing. Near enough everything we do comes through him, in the opening exchanges today we were able to get him on the ball and we reaped the rewards. At around the 20-25 minute mark, Blackpool started to deploy a clear strategy to stop Kilkenny from receiving the ball at all costs, very diligently closing down the passing corridors been himself and the back four. As a result, he was starved of the ball and the back four had no avenue to progress the ball up the pitch, Billing and Marcondes were both playing high up the pitch and as a result, we pretty much had a front five who we were unable to get the ball to. Our only chances from this point onwards came when we went more direct, but this tactic was not deployed nearly enough and as a result we saw a lot of passing around the back ie possession without substance. For me, I’m not sure how viable this formation is long-term given it’s overreliance on one player.

Mepham at right back:
I’m not going to criticise Mepham’s individual performance because he is absolutely not a right-back in any way shape or form, but it was blatantly obvious that the team suffered today for not having a natural right-back/any attacking threat from the right-back position. Parker’s philosophy is centred around creating overloads/forming passing triangles down the flanks when in the final third. That lack of attacking underlapping threat from that side severely stunted our ability to create down the right flank. There was more than one occasion when Brooks had to come infield into a congested area due to the fact he had no underlapping runner from deep, this more often than not resulted in us turning over possession and limited our ability to build a sustained period of pressure. Our threat down the right was non-existent in the second half.

Kelly’s relaxed nature on the ball:
Another key contributing factor to the inability to hold out. Lost count of the number of times he took too long on the ball/gifted possession to Blackpool. He constantly put us under pressure through his inability to recognise when he was under pressure. If he had made smarter decisions in the ball today, then I believe that we win. We needed our captain to be smart and to make the correct decisions on the pitch today, unfortunately, he was unable to deliver this. The last thing you want to do when 2-0 up at home against an underdog is give them a sniff that there might be something in this for them, every time he dallied on the ball/lost possession you could see that this just spurred Blackpool on more and more and have the belief that there was something in the game for them.

Man of the match against Blackpool

We played like a stylish boxer on the backfoot, sparingly picking our moments, but on this occasion got caught with a few lucky shots.

That said, on another day Billing doesn’t miss that first half sitter, the cross-field ball from Marcondes to Anthony is finished with aplomb, the header from the corner in the closing minutes isn’t straight at goalie, and Dom holds off the two different challenges to take the game out of reach. The quality of their chances were much inferior.

Thus I am far from despondent, less so than Parker. We can’t control every minute and overall it was a good performance. The only downside was Billing who just didn’t seem to add enough but maybe that’s down to Kelly, compared to Marcondes was brought into the game by Rossi and Mepham.