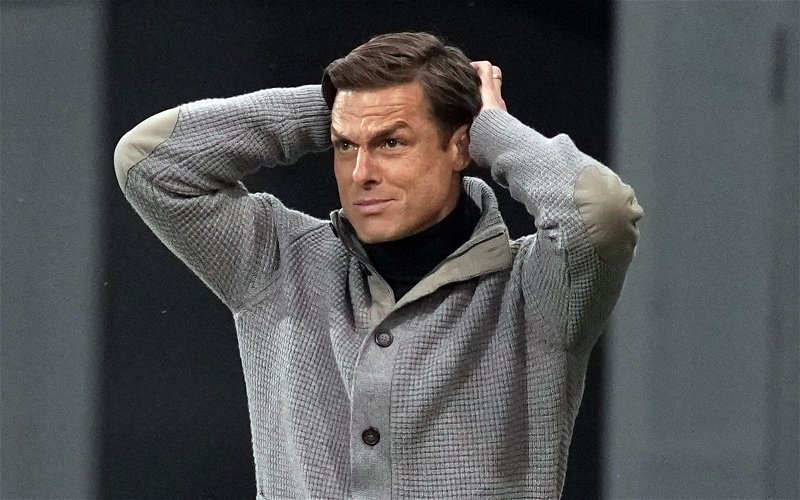 A game born of frustration. Yet another man out for AFC Bournemouth, this time Philip Billing, and a, shall we say, inconsistent and unusual extra ban for Jefferson Lerma, meant more changes and swapping things around.

A fast start and we looked alright but poor play for Ben Pearson handed them the lead and we too often thereafter looked disjointed.

Dominic Solanke and Ryan Christie missed good chances but, an Emiliano Marcondes inspired spell aside, we never really looked like we were creating much.

Not a lot to say. A really poor day at the office. Blackburn were alright but so much of that was down to us not putting them under pressure with good play. There was precious little of that on show.

A lot for AFC Bournemouth head coach Scott Parker to think about. The pack looked well back a few games back but they’re now breathing down our neck.

We need to get back to basics and start building some partnerships. That was the key to a lot of our earlier season success. I understand the constant new injuries make that hard but… work to do on the training ground.

Positives:
Mark Travers – I was dubious when he got the nod. No longer. Very unlucky on the first goal and other good saves as well.

Emiliano Marcondes – The period of the game where we looked our most dangerous period was all driven by him. Also tried to gee up the crowd and get things going. Really unfortunate not to get an assist.

Room to improve:
Lewis Cook – He’s in the game for his passing and today, it was really poor. I know he’s working his way back to fitness but I’d play Kilkenny ahead of him at the moment.

Ben Pearson – Gave away a needless freekick from which they created the chance where they scored. Also, played the man onside who had the shot that came off the bar, hit him and went in. Two pieces of sloppy play in quick succession that cost us. 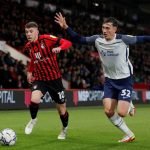 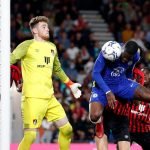 There’s no goal balance in this side. We are nearly at Xmas and none of our starting back four today have scored… nor has Smith who started v Fulham. That’s unusual.. they are not there to score but it helps and most teams defenders will weigh in…we have many examples over the years…

Then look at midfield scorers outside of Billing. Christie… Jesus wept… how bad a finisher can you be? 0 goals in 17 games, Lewis Cook 1 goal in 106 games, Pearson 0 in 27 games. That meant our starting midfield today had scored 1 in 150 games!! On the bench or still to come in Kilkenny with 0 goals in 16, and missing Lerma with 6 in 123.

I wouldn’t call Anthony and Lowe prolific for forwards which then just leaves Solanke who I still believe, controversially, is not a natural goal scorer but he is a hard-working striker that is scoring harder chances and has been excellent.

Morgan Rogers. If he can play for Man City then I am regretting not booking myself a trial.

With Billing, Brooks and Stan not around it means that we just won’t score the goals. We haven’t got bad players, plenty of great players haven’t chipped in with goals, but if you have too many you will have long periods where you have the ball but not much happens. We need to ship out some good midfielders in the window, be brave and replace them with a different type of player… one that scores, even if not technically as good.

If you make the most of your possession then all the other failings you worry about don’t apply as you aren’t hanging on to a 1-0 lead. Just as our championship-winning side wasn’t great at defending aerially but it didn’t matter as we normally only found that out when we were already 3-0 up.

I don’t think we are giving Blackburn enough credit.

They are a good side and they are well-coached. The second goal for instance was straight off the training ground. They worked really hard and were first to every second ball.

Stacey was worrying today. You have 2 ways to play BBD; stick tight with a covering defender and don’t let him settle on the ball or drop off 2 or 3 yards so you have a head start on him.

Stacey did neither. He played somewhere between midfield and the wing that gave him an excellent view of the ball as it sailed over his head or ran past him on the floor. I spent some time watching him and for the majority of the game he had no idea where his man was.

Agree re cook. I love the guy but what is he offering just now that killiesta doesn’t?

Disagree re Travers, there were several points where he didn’t let his defenders know what was happening and got pulled up on it. But that’s a confidence thing.

The overriding feeling coming away was like the OP- a bad day at the office where nobody played well. We should be doing better so it will be down to SP to stop the rot.

Never looked like winning this one from about 15 minutes in. Blackburn were very well drilled and smothered every attack.

A few points:
Christie looks better on the wing or at least seems more effective.

Anthony has a great understanding with Zemura and looks to have built one with Billing too, but it’s asking a lot to expect him to do the same with Stacey/Smith/Davis/Brady. Moving him from one side to the other and injuries to the fullbacks have made him look ordinary and he seems to have no understanding with Stacey at all.

Imho Kilkenny already looks better than L Cook ever has and should start ahead of him.

I didn’t understand the signing of Pearson and still don’t. For a midfield hard man he spends a lot of time out injured. What’s been needed is a creative midfielder who can pass the ball not yet another one who can stop other teams doing that.

The experts can help me with this one; but wouldn’t Solanke make a better number 10?

A tough run of results but clear that we lack enough creativity to break down sides that are well organised at the back. Need christie on top form but his influence has waned in games

If that game was played in September then I reckon Solanke and Christie would have put away those gilt-edged chances to win the game 2-1 but at the moment we are unable to get the wins. Earlier in the season, we were clinical and scoring well above xg but not now.

No doubt teams have studied us and are finding ways to stop us. If SP is as good as people reckon he needs to find a way to get around this.

Not liking the flat-footed defence at corners where Solanke, Cook and Cahill are standing stationary while runners attack the corner kick. Not working.

Crowd again subdued. Players gave up at 2-0 but so did the crowd.

Think it will get worse before it gets better with Boro and QPR away games to come but by that point should have Lerma, Billing, JZ (not for long), and Kelly back so think we will turn the corner, fortunately, championship fixtures are less frenetic than Premier League so a week in between games to iron out a few issues.

Watching the highlights on Sky, and doing the xG timeline has been cathartic, as listening on the radio it was depressing.

Blackburn had the better of the chances, but in terms of ‘biggish’ (> 20%) then it was roughly equal with 3 to Blackburn 2 to us. The first such chance was the Van Hecke header and Brereton-Diaz follow-up that resulted in Pearson’s own goal. It looked as though Cook and Cahill successfully played Van Hecke offside, but the camera angle didn’t show if Pearson had dropped deeper to keep him onside. The whole passage of play was about 4 in 5. 8 mins later Christie had a good chance (3 in 5) although I wonder whether he would have been better hitting it earlier with his right foot. Even if the keeper hadn’t had made the save the man on the line may well have cleared it. Just before half time Dom had a chance (1 in 4) that their keeper stood up well to. After what sounded like a bright spell for AFCB, Blackburn had a corner and Lenihan got the wrong side of Steve Cook, and stretching, headed it over (3 in 10). Marcondes who had made a good impact coming on, lost the ball and Brereton-Diaz was through and looked likely to score (64%) but Travers produced a fine save. From the corner though, we were 2-0 with Van Hecke scoring a bullet of a header (5%). Sometimes you should just applaud the execution and the goal. After that, Blackburn shut up shop (something we’ve been struggling with of late) and saw the game out comfortably from the radio commentary, but the number of ‘injuries’ they picked up that miraculously improved after 30 seconds of treatment was getting me annoyed (we do it as well so no criticism of Blackburn, but maybe some of the officials). The counting from the crowd of how long their keeper took for a goal kick did make me smile though.

Somehow, despite our blip, we can still go temporarily top if we win on Saturday and we could have a few players back. I’m not sure I like Parker’s eye of the storm analogy, as that is where it all appears that the problem has gone until it all kicks off again. I doubt any AFCB fans share this view. – Join the conversation, click here. 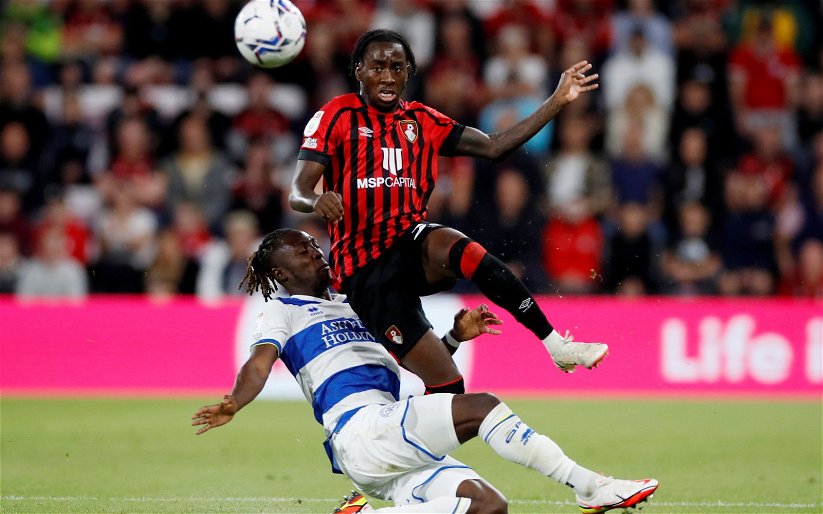 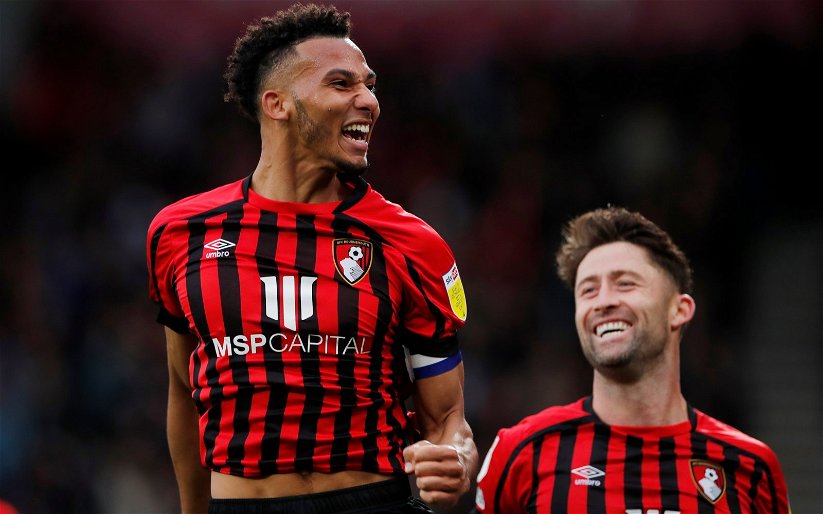