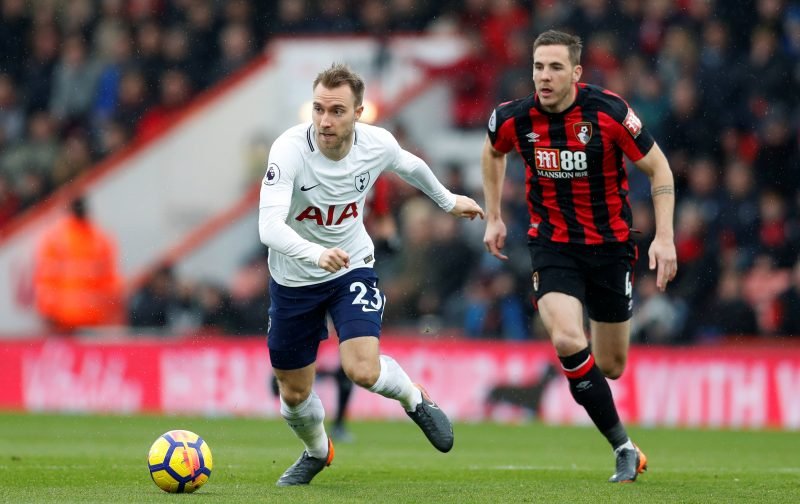 With AFC Bournemouth’s recent starting XI’s averaging less than 25, following Eddie Howe’s attempts to revitalise the squad with younger players, midfielder Dan Gosling who has been around the club for five years and is about to hit 30 is likely to be considered as one of the veterans of the squad.

Throw in the stereotype of the populus of Bournemouth and the fact that Dan Gosling has had to have surgery on his hip, the midfielder may have had to endure a bit of banter from some of the fresher faced members of the squad.

As one of the hardest working members of the squad, however, Gosling no doubt would have taken any banter in his stride.

Gosling has often topped the statistic tables for the most miles run in games and across the season and will be keen to put pressure on the likes of Jefferson Lerma, Philip Billing and Lewis Cook for a place in the Cherries central midfield.

“…I think Goso is very keen to get back fit, he is working incredibly hard to make that happen.

“He is another player who is getting closer to coming back.

“Goso is a real energiser, one of the jokers in the squad and a really good character and personality to have in the mix.

“He is very popular with the other players, so I will be very keen to see him back on the pitch and producing his energetic performances.”

Imagine being in a situation where you’re able to bring on a player of Jefferson Lerma’s quality to see out a game? That, if anything, is what’s so great about having Lewis Cook back for the Everton game. The fact that he was able to perform so well and not necessitate Lerma coming on earlier was great to see. Now we have three good quality core midfield options to choose from, and reliable backups in Andrew Surman and Dan Gosling. Actual squad depth. – Join the conversation, click here.