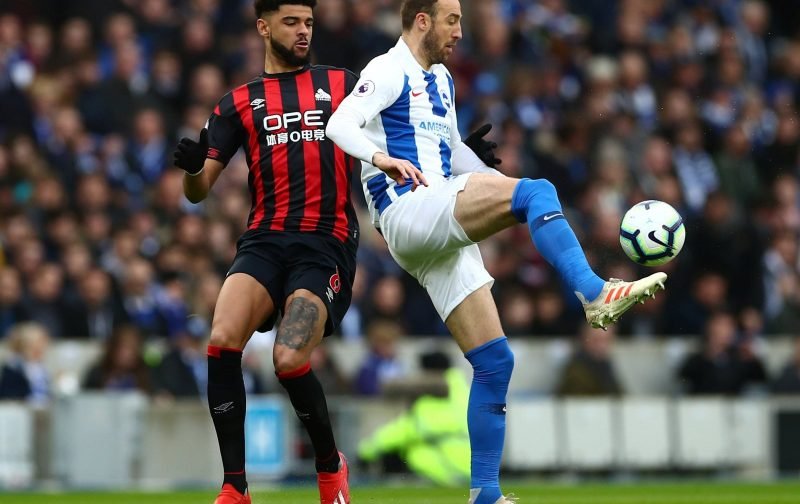 Confirmation of Phillip Billing’s transfer from Huddersfield Town to AFC Bournemouth has now been announced.

Can we have the bill please? ????‍♂️ pic.twitter.com/BbzrqjM5y2

This is a Huddersfield Town supporters run-down on the Cherries latest aquisition.

I’m a Huddersfield fan and will give you an objective and full rundown on Phil Billing. I appreciate you saw what he could do last season Dean Court.

Phil is a 6′ 6″ (taller than often quoted) box to box midfielder. The lad has the potential and attributes to go to the very top if he wants to. The significant word is ‘if’?

Good with both feet, excellent short and long passing, able to spot a pass, unbelievable 30yd shot (see youtube for his first Town goal) that is on target and not out the ground. If I was to draw comparisons I would compare him in style to Patrick Vieira. He is quick and cover a lot of ground but gets stick of some Town fans for being lazy because of his languid style (being 6′ 6″ tall)

History-wise, Town spotted him and brought him over from Denmark at 15. It is the last 2 years under Wagner where he has stepped up. By Billing’s own admission he was a bit lazy as he found it all a bit easy and seemed to be missing that drive or aggression to make the most of himself.

He was a rotation player in the promotion season and even the 1st Premier League season with Wagner challenging Billing to add aggression to his game and compete for his starting place against Mooy and Hogg.

Something in his brain clicked last pre-season, where he was outstanding. that form carried on into last season. Alas, Huddersfield although playing well just could not convert losses into draws and draws into wins (our 2-1 game with you at Dean Court was Huddersfield’s season in a microcosm).

David Wagner left in January with Jan Siewert coming in. There was a clear personality clash and Phil publicly downed his tools saying something like (paraphrase, I can’t see myself playing much for the rest of the season as Siewert will want to see who he wants to play next season). Something serious must have happened when the Chairman at an open 2hr Q&A stated crystal-clear any player, not on the pre-season training camp were not going to have any involvement with the first team. When pushed he meant any (even reserves or training). This was Zanka, Billing and Sabiri.

His Twitter banner sums him up well “don’t confuse my personality with my attitude. My personality is who I am. My attitude depends upon who you are.”

I’ve met him a couple of times and found him to be a decent lad. If you get Phil Billing 100% switched on, buying into the club and Howe’s ideas you will have a fantastic player. The thing with Billing will be keeping him switched on, hungry and wanting to be the best he could be.

Good luck for the following season. I’d expect Town to have a 25% sell-on clause. We do this with all players who we think have the potential to have a good career in the game (25-40% depending on player&deal)

“As soon as I heard of the club’s interest, there was never any doubt in my mind.

“It was an easy decision to make to come into a squad which is full of talented, international players and working with a manager of Eddie Howe’s quality.

“This is an exciting step forward for me and I can’t wait to get started.”

I echo the thanks to John Smith for taking the time and trouble to post.

I was disappointed when you went down last year because yours was such a great awayday: good beer, excellent food (if you know where to go, and I was well advised), friendly people and even a top quality small art gallery to pop into. Come back soon, assuming we stay up. – Join the conversation, click here.