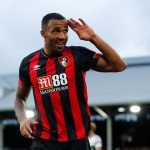 Busy 36 hours coming up? AFC Bournemouth manager Jason Tindall has previously said he wanted to bring in 2/3 players. Firstly is the deadline tomorrow also for signing free agents? If not we can park the bus reference to Marc Pugh and Charlie Daniels for the time being and secondly is the foreign deadline also tomorrow (it’s usually later?).

Begovic has ‘committed’ for the season, so the potential keeper transfer is no longer an issue but we need back up for defensive injuries perhaps most likely Joel Latibeaudiere on loan from Man City?

Midfield and wings looks more than good enough interns of depth even if David Brooks was to go.

So finally I guess a striker is a priority assuming King is off (although did read last night that any potential transfer to Torino had fallen through) and even if he does stay we probably need another.

I think the only concern of which we haven’t had so much in the Premier League is a late swoop for players and not being able to replace them – including Adam Smith, Gosling, Kelly, S.Cook who have all been softly linked with other clubs and maybe a panic from other clubs for players we aren’t expecting bids for.

Could be an interesting day or so.

It’s only deadline day for continental transfers. The domestic window is open until the 16th. It’s a nothing day and the only reason Sky Sports are promoting it is this whole Sancho to Manchester United thing.

It’s going to be a horrible 11 days. We really need Premier League clubs to get loads of deals over the line during the next few days so there aren’t glaring gaps in their respective squads for which they can only turn to the Championship for recruits.

They can’t even buy from each other so us, Watford and Norwich will be the prime cuts they’ll be looking to carve. – Join the conversation, click here.