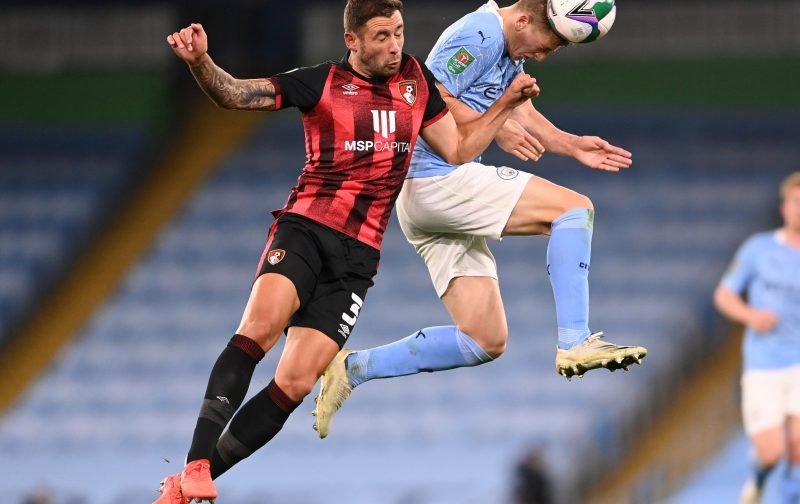 Likely repeating stuff here but I’ve stayed clear of the match thread and post-match one until after I posted this so it’s an untainted opinion, beyond the degradation of my own brain.

Brooks missing out was huge. Until Thursday night, we hadn’t seen him perform as the Brooks of his first season since he returned from injury. Hopefully, it’s only some small bug and not Covid-19 or a way to keep him from picking up an injury before the window closes.

Tactically speaking, the reshuffle in tactics gave us a very defensive formation. True to the setup, that was how the game played out with us letting Norwich have the ball but trying to stifle them in our half and hit them on the break. Sometimes those breaks were a tad pedestrian but actually their keeper ended up needing to make more saves than Begovic so I guess it worked.

Although it was a success I still can’t help feeling we got away with it a bit. Norwich actually created some excellent openings to make chances but kept fluffing the final ball, or getting stopped by one particular colossus of which more later. Against a more clinical team, Begovic would have needed a MotM performance to keep a clean sheet. As it was, he was mostly a spectator.

For me, the key period was the 20 minutes after half time. They completely pinned us back. One of the criticisms of Howe was sometimes even when we were getting battered he wouldn’t change it until a goal was conceded. I kept willing JT to shuffle it somehow but 20 minutes of almost one way traffic took place before he finally cracked and did something. I hope he’ll be a bit more proactive in trying to change the balance of play in those situations in future.

There’s one other I want to pick up from the change in tactics. When Maurizio Sarri arrived at Chelsea, signed Jorginho from his old club and put him in Kante’s position, pushing the lauded former Leicester DCM further forward, everyone said he was crazy. By the end of the season, they were saying it was the best thing he did at the club. We’ve struggled with using Lerma to the best of his obvious ability since he signed but maybe we all made the mistake of thinking his skills are best served a role like Kante’s old one. In particular, during the first half, he was excellent in a more forward role, with Lewis Cook sitting deeper and trying to pull the strings from there. Maybe this is the lightbulb moment for how to best utilise Lerma at AFCB?

Overall I didn’t enjoy watching the match that much. It felt very attritional from us at times. However, I can forgive simply aiming for the three points against the favourites to go straight back up. We’ll need to show something different against some of the other teams though. We’ve yet to see a Tindall team dominate the opposition and I think we will have to try and do that at times this year. Many teams will be delighted to play out a 0-0 against us if we sit back and try and hit them on the break. As I said though, that’s for another week and another match.

MotM today by a country mile was Steve Cook. He was immense in the heart of the defence, getting blocks and last-ditch tackles in time and again. One time in the first half he was outpaced by a Norwich striker and nearly took him down. That aside he was outstanding. If any Burnley scouts were watching they’d be recommending Dyche dusts of the wallet and gets out the full 8d summer budget that he only ever gets to spend.

I already said it but to underline and highlight, Lerma was a different player in this setup and role. I’m genuinely excited at the prospect of it and can’t wait to see if he’s in a similar position in our next match.

Also a nod to Lewis Cook who also looked much more comfortable in the more withdrawn position. Could we have happened upon the solution to two underperforming stars in one hit?

Danjuma has that spark of magic about him. It looks like he’s working off twelve months of frustration at the moment. If he can keep the pace up all season he’s going to be crucial to our success.

Rico is going to make a lot of enemies amongst opposition fans with his histrionics, theatrics and sly nudges. If he was a central midfielder I’d ask if Rico was the Spanish for Arter. Every team needs one though.

I think Dom will know he should have forced the keeper to at least make a save with that second-half chance but at least he’s getting into the positions. Draw a line under it and go into the next game with a fresh and positive mindset.

A final word on Begovic. It looks like as long as nobody comes in he’s been given the nod and today he looked mostly assured. One smart save in the first half and a clean sheet. Let’s hope whatever gremlins were affecting him during his PL spell with us are out of his system and he can recapture the form he showed during his Stoke years.

-We looked so much better with three in midfield, L Cook especially looks a different player when playing deep. For the first time in a long time, we were able to fashion chances through build-up play and not just counter attacks. Despite Norwich having more possession virtually all of the good goal scoring opportunities were fashioned by us.
-Thought we sat off too much in the last half hour, fair enough it did work in the end but feel we had the quality on the pitch to push for more goals.
-individually Mepham, Cook and Rico were all absolutely immense. We limited them to only half chances and Hernandez and Pukki are as good as anything we will face this year.
-Begovic solid, saves he should be making but he made them all the same.
-L Cook outstanding in a deeper role. Lerma looked good playing further forward. Actually thought Billing was good in the first half but in the second my God he was dreadful, he always seems to reach a stage in the game where he stops trying for some reason. The absolutely unacceptable second half from him.
-Danjuma brilliant, our game changer.
-Solanke had a good game in my opinion, help ball up and linked play well. He does NEED to start putting away these guilt-edged opportunities though. – Join the conversation, click here.