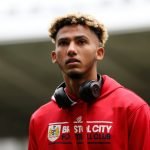 We needed a win today. If we couldn’t get a win we needed a draw and a performance that looked like we actually do care. So we got our second wish which on current form feels like a right bonus!

There were many positives today but the main one was the huge effort that every player put in (maybe a challenge ducking Harry Wilson aside). Bodies were thrown in the way, tracking back, concentration all the things that had been non-existent since our return.

Eddie Howe had also twigged if you want to play two in midfield they both have to be industrious and finally gave the less talented but harder working Dan Gosling a go which covered the ground that Philip Billing and Lewis Cook don’t have the stamina for.

Finally, we also had a left-footer on the left wing (Diego Rico) for a home game which opens up so many options and gives the side better balance. How we decided Adam Smith was a better option only Eddie will know and could regret when he looks back at those early winnable home games.

So, we are finally getting there as the last two performances show, a bit of Bournemouth coming back. The question is – was it too late.

In terms of the negatives – we didn’t really create much again with the stats showing two shots on goal and our options from the bench are clearly limiting. We also wasted some great opportunities to play people in with a poor final ball.

The biggest negative of all though is why did we not work on the correct balance, formation and fitness levels in the three months we had off… some of the things we are discovering now should have been as obvious to Eddie and his team as they seem to us fans.

Let’s leave on a positive. Lloyd Kelly. How accomplished does he look – and how different could this season have been with him fully fit? One can only hope if we do go down we keep the nucleus of our young talent and Eddie stays to build a second dynasty.

Brooks has been singled out for man-marking / double-teaming in recent games. Against united and tonight we finally started exploiting that by leaving Brooks as a bit of a decoy and giving the call to Stan on the other side of the pitch (in acres of space). Must be annoying for Brooks but he did very well in terms of hard yards tracking back tonight (having been partly at fault for one of the Man U goals)…. whereas, toward the end, I was screaming at the TV for Harry (who should have had more energy than most others) to be sprinting back into position instead of lolloping back… and noticing Lerma (I think) gesticulating to him and the other forwards to get back behind the ball. – Join the conversation, click here.