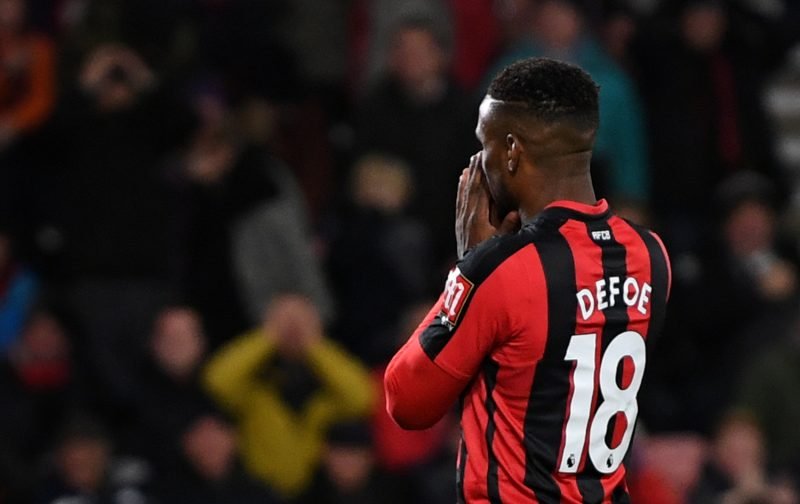 Jermain Defoe re-joined AFC Bournemouth in June 2017 with much fanfare as part of a somewhat fairytale return to the south coast.

But his return hasn’t matched the hype with the now 36-year-old only scoring four times in 34 appearances in all competitions as a permanent AFC Bournemouth player.

In fact, Defoe has had more appearances on Sky Sports as a guest pundit this season than he has had wearing an AFC Bournemouth shirt.

So his departure is somewhat expected, he is behind both Callum Wilson, Joshua King and Lys Mousset in the pecking order of out and out strikers in Eddie Howe’s squad, whilst players such as David Brooks, Ryan Fraser and Junior Stanislas can also fill a role in an old-fashioned number 10 position.

The most likely move appears to be a long-term loan move to Scottish giants Rangers.

Steven Gerrard appears to want Defoe and is willing to do a deal for the next 18 months, with Defoe already agreeing on personal terms and set for a medical this weekend, according to reports from Sky Sports.

AFC Bournemouth will have two recall options – this summer and in January 2020.

The report went on to add…

“Defoe will become a Rangers player in time to join the squad on their mid-season break to Tenerife.”

“I spoke to him very briefly earlier and he is well aware that he could become a huge hero at Rangers.

“There is still work to be done on the deal, but he is very excited.

Wow. Whilst not a shock he’s gone as he hasn’t been playing and Mousset has been preferred as the option from the bench it does make the squad that little bit thinner.

We’ll need someone in the squad as an emergency backup in case of injury. Could it be a chance for Surridge to hang around in the background of the first team? You never know when an opportunity may knock and what the outcome may be.

Meanwhile, that should free up a significant chunk of wages for us to bring someone in. Hello Nathaniel Clyne? Please. – Join the conversation, click here.