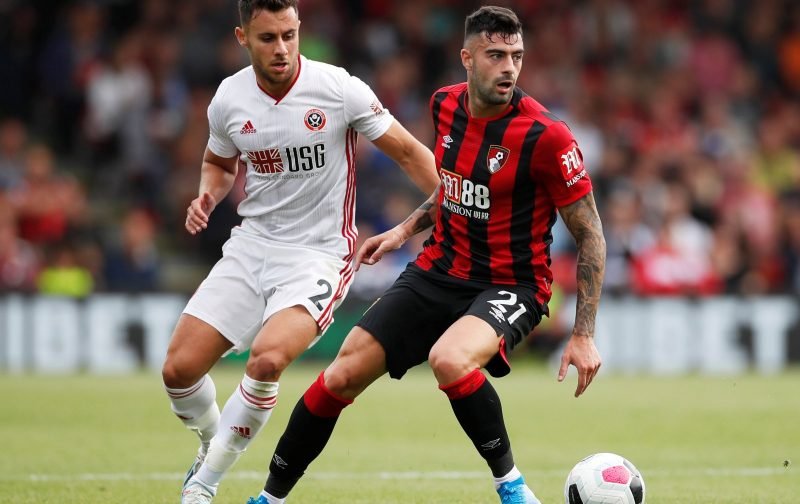 So we’ve all got thoughts on what happened Saturday, what went wrong, who was to blame, what went right. I’ve been poring over the figures, at least the ones that are public. Taught myself how to use some imaging stuff so I could create a bunch of overlays as well. If any of you guys find this useful, I’ll do something similar after most matches, might not get it for a few days, as would like to use it to answer questions and look at the impressions that folk drew from the game

Lazy Forwards
Most everyone who has mentioned the forwards believed they did nothing. There are two ways to get the ball, either from your team mates behind you or from the opposition in front of you. I’ll address the first scenario later, but there is no good reason not to go and get the ball yourself. We are supposed to be a pressing side, those three have well over 400 appearances and 100 goals between them, this is not new players learning to play the Eddie way. A defensive action is a tackle, block, interception, or clearance. The ones in blue were performed by the forward line, the ones in red were by Billing or Lerma

So a very clear difference in work rate there. They cannot even say that Sheffield Utd never had the ball in front of them, as we can see three tackles from Billing deep in the opposition half. Turning over possession in dangerous areas is incredibly useful, while the defence is still transitioning into the attack and cannot reset their positions easily. Fraser, Wilson and King know this, but did nothing to make it happen, why not?

Well, maybe the reason they were not getting in the face of the Sheffield United defenders was the same reason they weren’t getting much service from midfield. I wrongly assumed a massive gap between the middle and the forwards, but it seems that isn’t strictly true. The three of them were standing in the same place though, this offers very few options to a primarily defensive midfield looking for targets to hit. They want three targets, not one. However, all three forwards average position was far too close to each other to be useful. From 50 yards away in the wind that we were experiencing that 15*5 yard box was effectively a single spot

To my eyes, I kept seeing a huge gap, but in reality, just look how compact we were, yet zero width. I would have thought of playing against 3 centre backs would be crying out for wide players to go around them and exploit that space. Which did happen a bit, but this bunching up in the middle really restricted options for the defenders and midfielders to hit anyone early

Rico
You can also see from the above graphic that Rico played over 10 meters deeper than Smith, so people saying they saw little of him going forward are bang on the money. His passing was terrible as well, no other word for it. When we’re rumoured to be in for a player I’ll check their passing percentage first and if it’s low 80s or below I immediately either write it off or at least reduce the probability in my head hugely. Rico was playing very withdrawn, he was busy defensively, but passing at 60% accuracy means he’s making more work for himself by giving the ball away. Very very poor day. Not really restricted to any particular kinds of passes either, short and long balls were going awry, so maybe a bad pair of boots, who knows but needs addressing.

Apart from that he compared pretty well with Smith, but 17 loose passes will get noticed by anyone, so yeah deserves a lot of the pelters he got. I still don’t think he needs to be dropped though, at least not unless Kelly were fit

Seems overall we did far too much defensive work, and that stems from the front three doing zero defensive work. With the greatest respect, this was Sheffield United, they didn’t have Brian Deane and Chris Kamara, it wasn’t Liverpool or Man City, we should have had a lot more of the ball, and showed them how to play, not let them play in front of us

Anyway feel free to ask further questions, will try to dig out some facts to tell us what actually happened. Numbers are taken from whoscored.com

Be very careful with average position charts. They are the most misleading graphic in all of football. King and Fraser swapped flanks on several occasions. That makes their average positions look central. Obviously, this would not be the case. Honestly, that part of the analysis becomes worthless once this point is understood.

When you are Man City, forwards don’t need to look for the ball. They just need to find space between the centre backs or between CB and full-backs. The reason is that Man City midfielders can play crisp 20 yard passes forward to feet. Our midfield can’t do this so either our forwards need to drop deep to get the ball, or we need a third central midfielder to close the gap between midfield and attack. A problem a lot of teams have but something we will need to find a solution for.

But again. Any comments about lack of width must be taken with a pinch of salt using these graphics. – Join the conversation, click here.