Reaction to Cherries win over Marseille 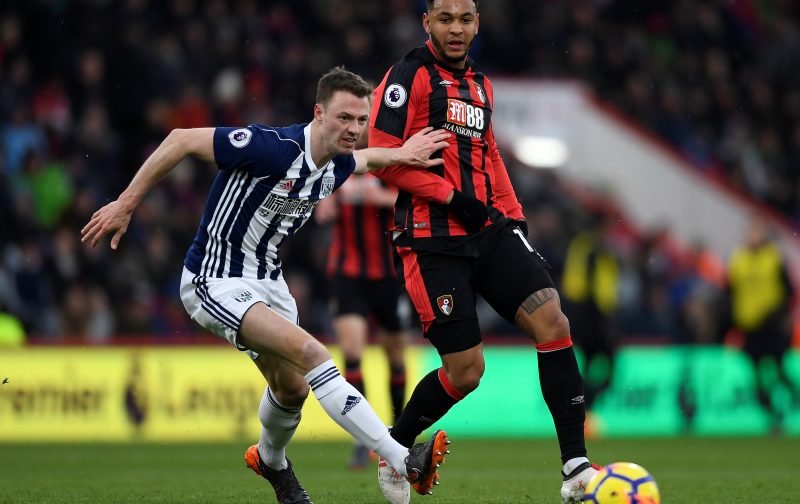 Having previously played Spanish La Liga side Real Betis on Friday night, Cherries manager Eddie Howe made eleven changes, with this starting XI looking like it could be close to the one that starts the Premier League season against Cardiff City next weekend.

???? Confirmed #afcb team news ahead of our pre-season game against @OM_English at Vitality Stadium.

The opening goal came after just sixteen seconds with Adam Smith getting the goal, the Cherries went on to race into a 3-0 halftime lead with a brace from Joshua King.

1 | Just 13 seconds in and the Cherries have the lead!

25 | A lovely move from the Cherries!

Gosling bursts forward and plays it out to Fraser, who whips the ball in for King to finish first time. #BOUMAR ???? 2-0 ????

The Cherries were relentless and two minutes after the halftime break Ryan Fraser made it 4-0 to the hosts.

Three minutes later and it was a five-star performance with Callum Wilson netting AFC Bournemouth’s fifth.

After the fifth, Howe started to make changes and it was a very different game for the final period of the second half with the visitors grabbing two goals to make things a little bit more respectable.

A 5️⃣⭐ performance against @OM_English.

The full match highlights are now available to watch on afcbTV. ????#afcb ????https://t.co/LKZhpsvAx1

1. King has his scoring boots back on. Good news for us.
2. Wilson. See 1.
3. Fraser. Seems even faster than before. I used to call him Fraser the Laser because he ran straight through defenders. But he seems to have picked up new dribbling skills – like a turbocharged Pugh, or a more direct Ibe. Probably my Man Of The Match.
4. A Smith. One of the best games I’ve seen him play and one of our most exciting players on his day.
5. Brooks looks very good and will hopefully become a huge player for us.
6. S Cook played fairly well but made a few mental errors.
7. Hyndman, when he came on looked lively and played some beautiful long balls, however, towards the end, got a bit sloppier.
8. Daniels, I thought, defended quite well and won the ball back from their attackers numerous times.

I wouldn’t tinker much with today’s starting lineup v Cardiff!

I think that was a decent showing by us.
Marseille were without Thauvin, who banged 20+ last season and playmaker Lopez, but I had heard of and seen all their players bar one that was on show today.

They certainly would never come up against pace like ours in Ligue1. Some seem quite bemused by it.
Marseille will pretty much always be top 6 here, and I expect that this season.

Enjoyed the spectacle of us racing into a 5-0 lead against last seasons Europa finalists.

The French commentary team and analysts were very impressed with our tempo 1st half, and how we cut through them with ease.

If we played with the starting XI throughout, we might have won 6 or 7 one.

Quite optimistic for the Cardiff game.
An opening day win will do wonders.

Worth a tenner that’s for sure. Interesting that there are so many comparisons with Chelsea away on here as that is exactly what we said. When it clicks like that you can see what Eddie Howe is striving for in how he wants our side to evolve. We can’t always dominate possession in this league but with a swashbuckling front four running riot, we can smash anyone when it comes together.

If Fraser starts the season on that sort of form we are in business. Brooks looked sharp too at Right Wing and is in with a real chance of starting next week. Wilson and King will start next week. With Mousset, Defoe, Ibe, Stanislas etc we have some good options. The key to it all is moving the ball quickly – something we don’t often do.

Last night and today were like 2 different teams, like day and night. Brooks looks good but don’t expect him to be a regular from the off. I know it was sweltering and we played at a high tempo for much of the match but he was cramping up towards the end. Eddie like’s to wait until they can play that sort of game without risk of muscle damage. He can’t half cover ground quickly and obviously lied about his age, he looks like he hasn’t done his GCSEs yet : )

It appears white plimsoles are in this season, only 2 weren’t wearing them today during the game : )

Ake took a knock 5 or 6 minutes before halftime, first it looked like his back, then his knee but my theory is someone stamped on his foot. He tried to run it off, still didn’t look comfy at the start of the second half, so I wasn’t surprised he went off. Not sure about any other injury scares, some of them must have been knackered, playing at that tempo in that heat.

The starting defensive 5 and midfield appeared determined to keep a clean sheet but when Ake was replaced by Hyndman it changed the dynamics and started to become a typical pre-season friendly.

A lot of positive signs over the 2 games but then again it’s what I look for : )