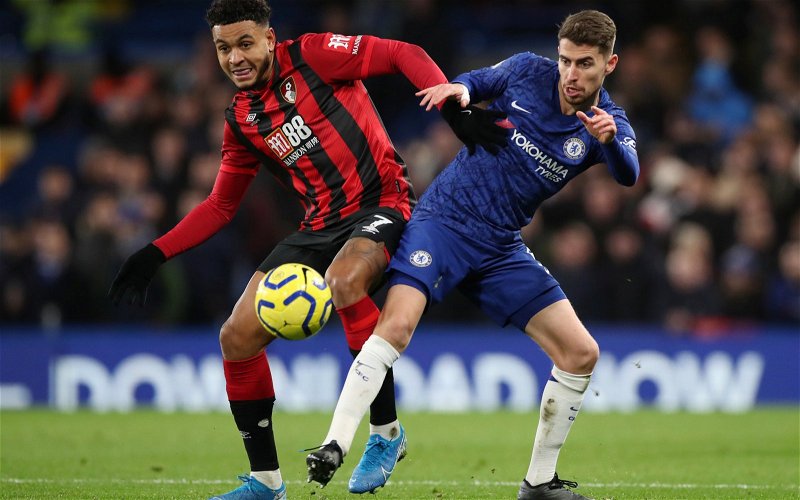 AFC Bournemouth and Norway international striker Joshua King has been “left devasted” by his collapsed move to Manchester United.

The 28-year-old joined the Cherries in 2015 from Blackburn Rovers, for a reported fee of £1million. Despite scoring just 3 goals in 48 Championship appearances for the club, King has gone on to become AFC Bournemouth’s leading Premier League goalscorer.

Over the course of five seasons in the top flight of English football, King has scored 45 times, playing in numerous positions for Eddie Howe’s side.

King’s versatility has seen him lead the attack from the traditional number 9 position, slightly deeper as a number 10, or as a wide attacker and that versatility, along with his pace, strength and eye for goal is what had interested Manchester United manager Ole Gunnar Solskjaer.

Despite being an integral part in the squad at Dean Court, Eddie Howe appeared to leave the door open for King’s departure after one bid was made for King.

This surprised many, but it seemed that AFC Bournemouth would not have stood in the way of King’s dream move back to Old Trafford.

However, Manchester United did not make another approach and instead opted to sign Odion Ighalo on loan from Chinese side Shanghai Shenhua.

British newspaper the Express have reported that “King was left devastated when United didn’t submit a new bid after their second offer was rejected.”

“Bournemouth may have accepted a bid of around £30m in order to part with King.

“But United always wanted a loan deal and, in the end, got one over the line in the form of Ighalo.”

Will Manchester United’s interest in King end there or will they make a fresh approach at the end of the 2019/20 Premier League campaign?

At that point in time, King will be about to enter the final year of his current four-year-contract which he signed in 2017.

Whilst I’m delighted that King is still here now the window has closed, along with Ake and the rest of the key members of the squad I hadn’t picked up until today that JK only has 18 months left on his contract.

I find it difficult to imagine that we’ve let such a fundamental part of our first team run their contract down that far without putting an excellent extended offer on the table. He’d deserve it and it would be crazy not to have done it. So it isn’t a huge leap to assume he is keeping his options open. His right of course but the Fraser situation has made me very wary of this situation.

If we pull ourselves out of the relegation battle mess then come the summer we have to avoid making the same mistakes again. Whether sold or not, if he isn’t going to sign then his replacement needs to be in the squad as early into the summer as possible so if he does decide to down tools we can drop him for someone that is hopefully integrated.

Having said all that, I really hope he does sign an extended deal. Let’s be honest, the Man Utd link was only as they were in a bind and Ole knew him from his time managing the reserves there. They won’t be back for him in the summer. A second-tier Premier League team would probably take him on a free in 18 months but if we turn the season around then maybe he’ll want to stick around. – Join the conversation, click here.