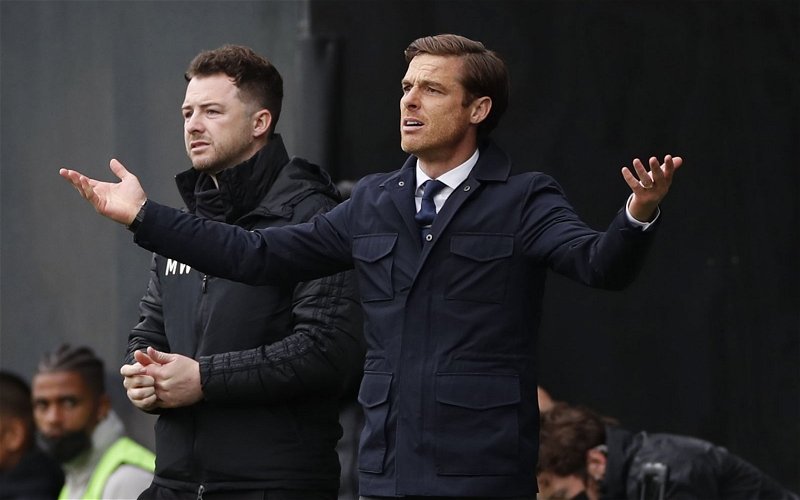 AFC Bournemouth traveled to Peterborough hoping to pick up a victory and restore their place at the top of the Championship table.

Cherries head coach Scott Parker opted to rotate his squad looking at a run of fixtures of Saturday-Wednesday-Saturday ahead of the international break.

Adam Smith, Jaidon Anthony and Ben Pearson all dropped down to the bench with Jack Stacey, Morgan Rogers and David Brooks coming into the starting line-up. This saw the right flank and left flank personnel change and with it, some of the fluidity that had built over recent matches was lost from the Cherries play as they pushed and pushed to find an opener, but ultimately couldn’t break the deadlock.

“It was a bit passive. We lacked intent and played the game in front of them. To their credit Peterborough are an organised team and limited the space. There was a reaction in the second half and we had an attacking threat. We’ve just not managed to put the chances away. We gave ourselves 45 minutes to win a game of football and that’s not us.

“We’ve been very clinical and very fluid (previously) but we’ve not put the ball away. We had some good chances but looked a bit off it. That’s football. They’re humans and sometimes have those moments. The second half is where we need to stay. Dom’s been fantastic since I’ve come here and missed some chances, but he puts himself in good areas for the team. It was just not his night.”

Man of the match against Peterborough 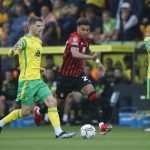 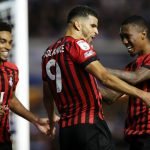 👉 Getting minutes
👉 The clean sheet
👉 A quick turnaround @jackstacey_ spoke with afcbTV after the side picked up a point at Peterborough. #afcb 🍒

Scott Parker gives his thoughts after this evening's draw with Peterborough 💬

What can you say about that? The team with the worst defensive record in the league and, despite dominating the match, the only save their keeper had to make boshed off his face. That was the game right there. If we don’t test the keeper, we can’t expect to score.

It wasn’t like they looked watertight. There were deficiencies in their defensive set up but too often the wrong choice was made or we lacked quality or vision.

I’m disappointed as I was hoping having the extra attacking midfielder on the pitch would be effective and so give Scott Parker pause for thought before reaching for the Jefferson Lerma/Ben Pearson axis too often.

Still unbeaten. Still in the promotion places. But that includes three draws against the three promoted teams. There’s a lot to like about the work SP has done, but some questions are starting to creep in a little.

Room for improvement: Ryan Christie and Morgan Rogers (although he gets a pass as it was his first start). Plus, the whole team pretty much whenever we got into the last third.

Another visit to Peterborough where I wished I’d not gone. I missed the epic wins there. Still, it wasn’t the 0-6….

Very turgid. Similar observations to others Brooks is just not worth playing sadly at the moment, so slow and only looks to come in. Peterborough gave up every chance of winning by opting to sit so deep and stop the passes in behind we love. Couple this with Rogers dropping to collect, Brooks coming back, and Solanke dropping into midfield, and not one of the forwards was looking for the ball in behind on the shoulder… that condensed the play. I was reflecting we don’t actually have a striker like that at the club and it could be a miss…

Ultimately our success has come down the flanks this year and to disrupt both flanks with three changes took all the rhythm away. Then Philip Billing had his 1 in 3 game and everyone else’s passing was a bit off.

Piece all that together with their deep-lying defence and two central midfielders and you have your problem.

Finally, as they tired we created two good chances and Solanke missed them both. Not having that Wilson or Pitman-style lethal predator will hold us back a little I fear. – Join the conversation, click here.

No Plan B sadly. It was well apparent in 2nd half that slow triangles and attempts to get to the by line for the cut back was never going to pay off against a surprisingly well-organised defence. A goal never seemed likely. Better to have bitten the bullet, got a bigger body or two into the penalty box ( Mepham, Cahill) and lumped it long ready for the second ball. Not progressive but much more likely to have paid off than the predictable stuff we saw. – Join the conversation, click here.

Wanted to say a massive thank you to the travelling fans who made the trip, got to do more to get 3 points in games like that, but take the point and onto Saturday to put it right! #UTC🍒 pic.twitter.com/2Om8nhIxeW